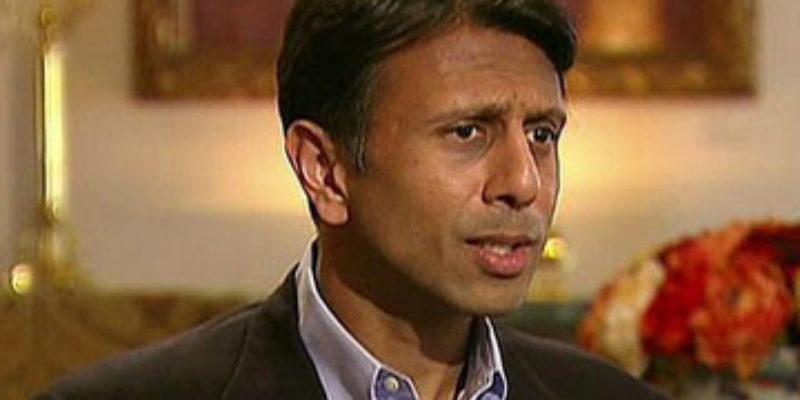 The governor’s interview with Fox News, which aired this morning on Fox News…

For those not interested in watching the whole four minutes, basically what Jindal is saying is that the GOP has to focus on trumpeting policies which work, assumedly like what he’s doing here in Louisiana, rather than launching a four-year perpetual presidential campaign.

He also says that Republicans need to “reject identity politics” and other dumbed-down Democrat political tactics. But he never quite explained what that means in the context of Brian Kilmeade’s question – namely, how do you present something like a revamp of Medicare in the face of the Democrats’ running “throw Granny off a cliff” TV spots. “I reject that” doesn’t exactly cut it.

Kilmeade seemed impressed, though. Not that he’s exactly a hostile interviewer; he’s almost as Republican-friendly as Scott Pelley is when asking President Obama hard-hitting questions about gay Boy Scouts and football.