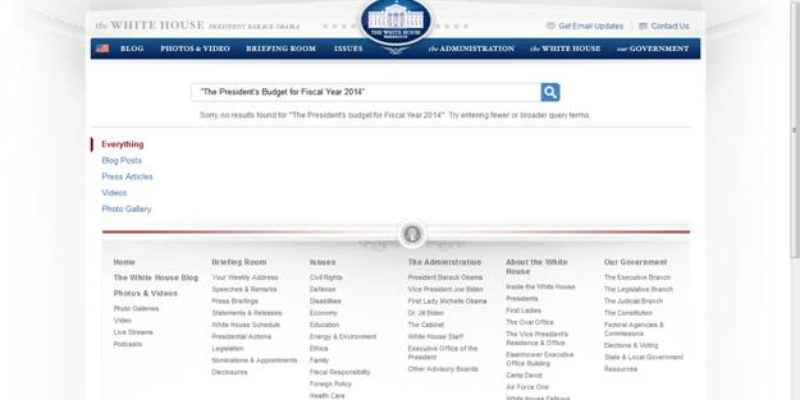 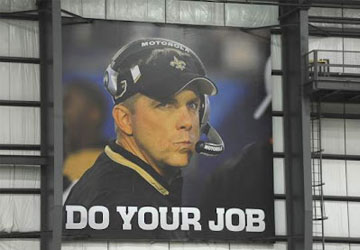 A release out of Rep. Steve Scalise’s office this morning reminds us of the old Sean Payton “Do Your Job” sign at the Saints’ practice facility…

“It’s a shocking failure of leadership that hard-working taxpayers can see President Obama’s Final Four bracket picks, but they still can’t find the President’s budget, which is late for the fourth time in five years,” Scalise said. “The President’s long track record of broken promises and failed leadership doesn’t bode well for families who take their household budget seriously, and still don’t see their president doing his job now that he has again missed the legal deadline to submit his budget for the nation. American families want to see a budget from the president, not a bracket, and it’s time for President Obama to take his job as the leader of this country seriously. In three states of the President’s Final Four picks, the unemployment rate is higher than the national average, and the president picking their teams in the Final Four is little relief for the millions of middle-class families struggling to find work in the failed Obama economy.

“Unlike President Obama, the House has continued to do its job working on solutions to get our economy back on track, and will vote today on budget proposals that balance the budget within the next ten years. American families want the president to focus on the economy and controlling spending, and it’s time for the president to get to work by spending a little less time preparing his brackets and a little more time doing his job of preparing a budget.”

A search of www.whitehouse.gov for the president’s FY 2014 budget turns up no results, but a similar search for Obama’s bracket picks yields 17 different results. 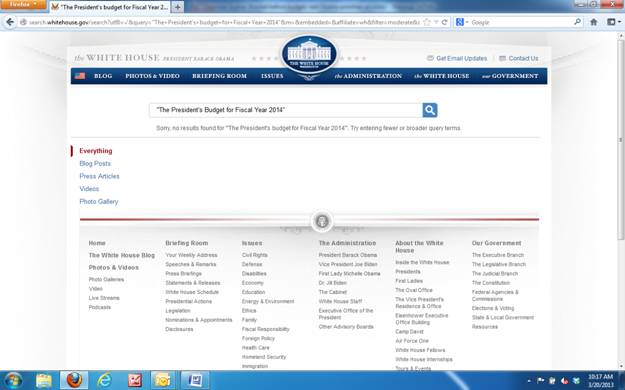 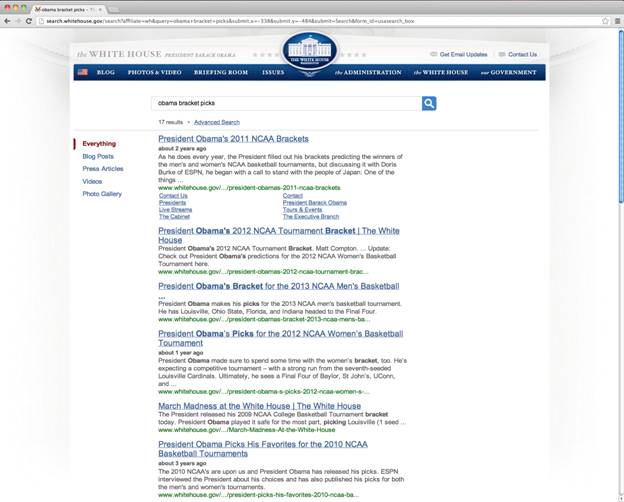