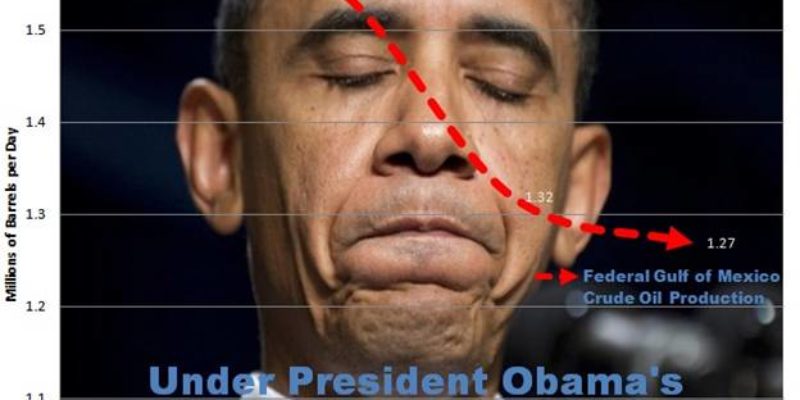 From a release out of Rep. Steve Scalise’s office… 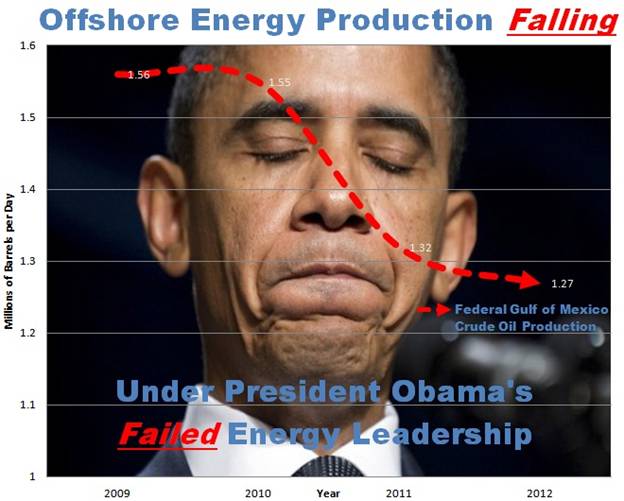 Congressman Steve Scalise today issued the following statement after a new Congressional Research Service report highlighted the impact of President Obama’s failed energy policies on oil and gas production on federal lands. According to the report, all increases in production from 2007 – 2012 took place on non-federal lands, outside the direct control of President Obama.

“For the last four years, Americans have been handcuffed to a radical and failed energy policy which has resulted in skyrocketing energy prices and increased dependency on Middle Eastern oil,” said Scalise. “This CRS report confirms what many Louisianans have long known – President Obama’s policies have led directly to fewer energy jobs, higher prices at the pump, and a prolonged permitting process for offshore energy exploration and production. Hardworking American families cannot afford to be handcuffed to President Obama’s failed energy policy for another four years. It’s time for the Obama Administration to work with Congress in a bipartisan way to create millions of American jobs, decrease our dependence on foreign oil, and lower gas prices at the pump.”

Key Findings of the Report:

That’s not all the report had to say. Here’s more from the House Natural Resources Committee…

These are the economic facts of increased offshore energy production that President Obama is ignoring:

Institute for Energy Research Study – released February 2013 – Opening access to federal lands that are currently closed off due to administrative action or lack of leasing could:

IHS CERA Study – released July 2011 – Taking proactive action in the Gulf of Mexico to increase the pace of plan and permit approvals for oil and gas resources could: