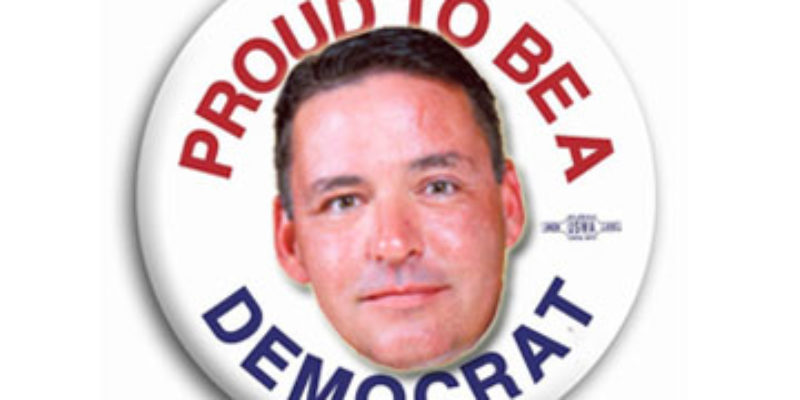 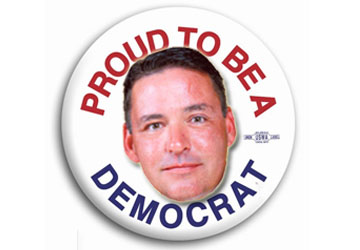 I’ll answer the question in one o’ those roundabout kinda ways.

Like for example, here’s an article in the Louisiana Record, which is a legal journal the attorneys all read…

A Livingston Parish woman is suing a Baton Rouge attorney for legal malpractice.

Henderson claims that she retained Sweeney to represent her in a case in which she was stuck in an elevator at Baton Rouge General Hospital and allegedly suffered injuries when she was pulled out.

The plaintiff alleges Sweeney failed to timely file a lawsuit in the case and she was not able to recover any damages as a result.

An unspecified amount in damages is sought for the value of her personal injury action had it been timely filed, loss of use and interest on monetary value of the personal injury claim and attorney’s fees.

The case has been assigned to Division M Judge Kay Bates.

No, Neil Sweeney isn’t a particular Democrat. He dropped a buncha money on Richard Ieyoub over the years, but most of who he’s given cash to is Dan Claitor and Doug Moreau and Tim Kelley, and those guys don’t scream out Hard Left in particular.

No, no. Go down to the bottom and you’ll see Chris Whittington’s name.

Chris Whittington was the state chairman of the Louisiana Democrat Party until right before Christmas in 2009, when he up an’ quit all of a sudden…

Baton Rouge lawyer Chris Whittington, 44, is stepping down as chairman of the Louisiana Democratic Party after serving four years during a tough political climate for the organization.

Whittington said he wants to focus on his expanding law business and that the party needs someone who can work the long hours necessary for the election year.

The announcement sets the stage for a potential party leadership struggle as the 2010 election cycle gets under way, including a challenge by U.S. Rep. Charlie Melancon, D-Napoleonville, to unseat incumbent Republican Sen. David Vitter.

The Democratic State Central Committee, comprising delegates from across the state, will choose a new chairman at its next meeting, targeted for Jan. 30, Whittington said.

Whittington has encouraged former Louisiana congressman Buddy Leach to run for the state party chair. Leach has been a party stalwart and major contributor; he did not return phone calls Tuesday.

Natch, Whittington got his wish and Buddy Leach took over the state Dems. We all know what a kick-ass success the Buddy system was for Dem people. It’s so bad that they have Karen Carter Peterson doin’ that job now. Lettin’ Karen Carter Peterson run somethin’ is pretty much an admission of how screwed it is.

Oh, wait. Speakin’ of screwed, we forgot the fun part to the story at the top. Which is that Neil Sweeney decided he’d comment at the Louisiana Record’s web site to tell some back story to why Whittington found a client he’s suin’ him with…

This article does not mention that Neil Sweeney has sued Christopher Whittington in the 19th JDC as a result of the fact that Steven Schilling, an employee of the Sweeney Law Firm, diverted dozens of potential clients who called his employer to Christopher Whittington in return for kick backs. the suit also alleges that Schilling took fee checks and laundered them through Mr. Whittington’s client trust account. When the illicit activities were discovered, Schilling was fired. Schilling and Whittington were sued, as well as others to whom Schilling diverted callers in return for money.

In various emails exchanged between Schilling and Whittington, which are part of the public suit record, they professed their love for each other – “more than you could ever realize” according to Mr. Schilling. Schilling also emailed extensively about various sex acts. Their emails also detail multiple other illegal activities they were involved in. The two pending and consolidated actions are titled Sweeney Law Firm LLC v. Steven K. Schilling, suit no 585,608, 19th JDC and Sweeney Law Firm et al v. Steven K Schilling, Christopher Whittington et al, suit number 589,869. Mr. Whittington resigned his office as executive director of the Louisiana democratic party the day after suit was filed.

It’s almost like Sweeney’s been wantin’ to get somethin’ off his chest for a while, y’know? Seems pretty clear.

And I bet y’all never heard about the big scandal back in 2009. Y’know, how the dude who was the head of the state Democrat Party was a greaseball trial attorney who had his lil’ boy-friend playin’ mole in another trial attorney’s office and poachin’ clients. Sex, lies, betrayal, money – this has some o’ everything.

But go Google the Neil Sweeney-Chris Whittington Scandal Of 2009. Here’s a link to what you’ll get.

Nobody covered it. Sweeney filed all those e-mails as part of the lawsuit, so they’re public record, with lots of juicy info about buggery and rippin’ Sweeney off – Sweeney had those e-mails apparently because this Schilling cat was dumb enough to be usin’ Sweeney’s office e-mail server to talk back an’ forth with his boyfriend about all the nefarious stuff they were up to – and even though it’s PUBLIC RECORD it’s still a secret better than three years later.

Until Sweeney decided to give a little push to the deal today, that is. Guess Whittington up an’ suin’ him had the effect of pissin’ him off.

And the date on that suit Whittington filed for his client against Sweeney was like Feb. 6. So he stewed about this for six whole weeks before he popped off in the comments under that article.

Oh, and by the way – this guy Schilling? He ran for the state senate in District 14 in 2007. Got killed; he only got 477 votes. Yvonne Dorsey won that race in a runoff over Jason Decuir that year. All Democrats.

Decuir’s brother Brandon then beat Whittington by a 61-39 count in a race for a seat the Democrat State Central Committee in February of 2008. Whittington managed to hang on as the party chairman even without havin’ a seat on the central committee until Sweeney finished him off. Just a little extra history for ya. The folks were votin’ against Schilling and Whittington in droves even before they knew the half of it.

Hey, y’all think Robert Stacy McCain might get a kick outta this? I kinda do.

Let’s sum this baby up – the cat who ran the Louisiana Democrat Party for like five years was a dude who, it’s alleged, used a gay lover – who was a wannabe Democrat politician – to steal clients from another attorney and was dumb enough to e-mail back and forth with said gay lover about all kinds of ways gay guys can diddle each other, rippin’ off the wannabe Democrat politician gay lover’s boss and so on ON THE OTHER ATTORNEY’S E-MAIL SERVER.

And all this stuff made it into the public record because the other attorney filed the e-mail evidence in a couple lawsuits when he found out about why his ads on park benches weren’t bringin’ in as many clients as he was hopin’ for. But the Baton Rouge Advocate never managed to report a word of it, and neither did anybody else in the local media. All this salacious stuff about the chairman of the state Democrat Party an’ another guy who’d run for the state senate two years earlier and it’s in the public record an’ nobody knew about it ’til today.

Gotta hand it to the Dems. They know how to keep secrets. Hell, they can hide sex, lies, betrayal and crime in the public record and nobody finds out about it. The Republicans need to learn how to pull that off, and quick.

Interested in more news from Louisiana? We've got you covered! See More Louisiana News
Previous Article BENNETTI: The Economic Fallacies Of The Status-Quo Tax Crowd
Next Article BEAM: That CNSI Contract Sure Was Bad News