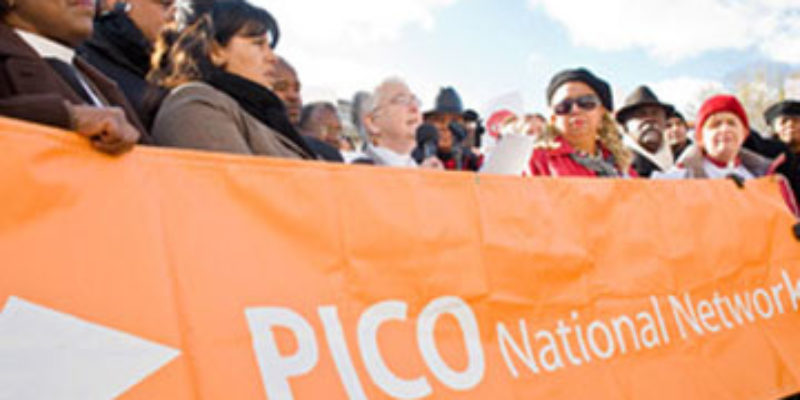 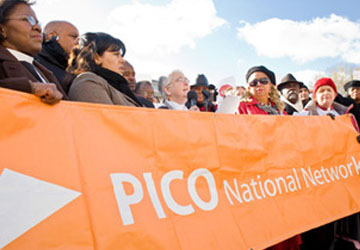 In the last week you’ve surely noticed the avalanche of clergy members who have come out against scrapping Louisiana’s state income tax, on the basis that do so would hurt the poor.

Two groups of clergy, unbeknownst to each other, came to the State Capitol on Monday to express the same concerns about Gov. Bobby Jindal’s efforts to swap income taxes for sales taxes.

The first group arrived in the morning with a letter from 250 clergy across the state.

Raising sales taxes means people would pay more for goods and services, said the Rev. Lee T. Wesley, pastor of Community Bible Baptist Church in Baton Rouge. Low- and middle-income people will need to spend a larger percentage of their incomes to buy essentials, he said.

Wesley and Hogewood were among a handful of clergy who delivered to the Governor’s Office a letter signed by 250 ministers from across the state.

The letter stated: “We believe that any proposed law that would increase the tax burden on low- and moderate-income families in order to decrease it for wealthy families must be judged an unjust law.”

Media coverage of the preachers’ sudden interest in tax policy would give the impression they’re coming out of the woodwork due to their keen budget sense or economic expertise, and that the 250 clergymembers signing open letters to the governor protesting his tax plan is some sort of organic outpouring of populist sentiment.

It turns out that this effort – a fairly savvy one, at that – is a well-funded astroturf campaign from a national left-wing organization with backing from many of the usual suspects.

A second, unaffiliated, faith-based group also came out against the governor’s tax plan with a rally on the Capitol steps Monday afternoon. Led by the Micah Project, an affiliate of the interfaith community-organizing group, clergy denounced the proposal as benefiting wealthy Louisiana taxpayers and corporations at the expense of the poor and middle class.

It’s either an editorial mistake or something a bit more sinister, but the “interfaith community-organizing group” the Micah Project is an affiliate of is PICO, or People Improving Communities through Organizing. And PICO is a national operation of the same stripe as the Industrial Areas Foundation, ACORN and the rest of the gang. From DiscoverTheNetworks.org…

People Improving Communities through Organizing (PICO) was founded in 1972 under the leadership of Father John Baumann, a Jesuit priest who was trained in Saul Alinsky-style community-organizing tactics in Chicago during the 1960s and 1970s. Baumann then took his skills to Oakland, California, where he established PICO to serve as “a regional training institute to help support neighborhood organizations.” PICO’s acronym derived from its original name, Pacific Institute for Community Organizations. In 2004 the organization adopted its current name; it is alternately known as the PICO National Network.

Describing itself as “nonpartisan and multicultural,” PICO states that its mission is to “increase access to health care, improve public schools, make neighborhoods safer, build affordable housing, redevelop communities, and revitalize democracy.” Immigration is also an issue of concern to PICO. Implying that the United States traditionally has been, and remains, inhospitable to its newly arrived immigrants, the organization says: “[W]e need to insure that new Americans are welcomed and not exploited.”

Using “people of faith” as its foot soldiers, PICO seeks to maximize “the potential for transformation — of people, institutions, and of our larger culture” — particularly as regards health care, public education, low-income housing, and immigration.

PICO’s Louisiana site has an entry on the Micah Project – including the tidbit of information that MICAH stands for Moving in Courage and Hope. It’s pretty boilerplate stuff, though it’s pretty obvious it’s a far-left outfit despite claiming to be “non-partisan”…

Established in 2007 by clergy who wanted to see real change in their communities, the MICAH Project is a faith-based, social organization working to create innovative solutions to problems facing the people of New Orleans and the surrounding areas. The MICAH Project represents a non-partisan, multi-racial collective of clergy along with their congregations who are united for a common good.

The MICAH Project believes that great accomplishments can come from the faith community. We belive that in providing families and our religious congregations with the motivation, inspiration, and resources to Walk Humbly for Justice to change lives for the better.

Our focus is to develop leadership while helping to empower people to improve public schools, increase access to healthcare, and address affordable housing issues to better our communities.

This is an effort reflecting the expansion of the Together Baton Rouge power play which resulted in a clergy-sponsored tax increase last year to support a Charlie Foxtrot of a bus system. In fact, there is now a Together Louisiana, which is nothing more than a tying together of several local organizations – Together Baton Rouge, the Jeremiah Group in New Orleans and Northern and Central Louisiana Interfaith.

Those four organizations have something in common. Namely that they’re all affiliates of the Saul Alinsky-founded Industrial Areas Foundation.

That’s a fact which doesn’t make it into the Advocate’s reporting of Together Louisiana’s founding. Though its article on the subject yesterday shows that the Alinskyites sure do have an interest in Jindal’s tax swap plan – and they’ve enlisted somebody familiar to help them push an agenda…

Moller said that while he is also worried about the outcome of Jindal’s proposal, he is “thrilled” a discussion about taxes is taking place.

“There’s really no more important conversation we should be having than how much should we be collecting in taxes,” he said.

The Rev. Melvin Rushing, pastor of Mount Pilgrim Baptist and Progressive Baptist churches, re-read a statement he gave Friday at a State Capitol news conference about the proposal.

Rushing and other members of the clergy said they believe the calculations in the plan are flawed and will raise tax burdens on lower- and moderate-income families.

“We have a profound concern that decisions are being made right now based on this flawed analysis,” Rushing said Saturday.

The Rev. Lee T. Wesley, a founding member of Together Baton Rouge, said the idea of forming a state group emerged several months ago after leaders in Baton Rouge met with groups in Monroe and began discussing upcoming legislative issues.

“At that point, we realized that there were issues that had statewide implication, and just one local organization could not effectively deal with it,” he said.

Yes, Lee T. Wesley is the same guy who led that group of 250 preachers who wrote the open letter to oppose Jindal’s tax plan. Michelle Milhollon and Mark Ballard, who wrote the article about the “organic” opposition of clergymen to the tax plan, neglected to mention they were ginned up by the Industrial Areas Foundation, just like they neglected to mention that PICO was the other organization ginning up the protest at the Capitol.

Truth in reporting? You can figure that out for yourself.

The Advocate’s intrepid reporters don’t bother to mention that PICO and the IAF share many of the same funding sources with the Center on Budget and Policy Priorities, which is a Hard-Left, George Soros front group which fights for left-wing budget and tax policy all over the country. Back to DiscoverTheNetworks.org…

A steadfast proponent of raising the minimum wage, CBPP issued a January 2007 report that stated: “Raising the minimum wage would be an important first step and a useful complement to public policies like the EITC, food stamps, and child care subsidies, which provide additional benefits and supports for low-income working families.”

CBPP coordinates the State Fiscal Analysis Initiative, a network of state policy research organizations in 29 states committed “to rigorous policy analysis, responsible budget and tax policies, [with] a particular focus on the needs of low- and moderate-income families.” Member organizations include groups that regularly advocate increased government spending on the environment, higher wages for workers, and universal health care.

In 1997 CBPP formed the International Budget Project  (IBP) to assist non-governmental organizations in developing countries and newly emerging democracies to make the national budgets in those nations “open and more responsive to the needs of society.” The IBP has received funding from the Department for International Development, the Ford Foundation, the John D. and Catherine T. MacArthur Foundation, and the Open Society Institute.

And what is the Louisiana Budget Project’s role in the tax reform debate? They’re demanding that Louisiana give the poor $570 million per year in free money.

Having considered the distributional impact of the administration’s proposed tax policies and surveyed credits and rebates in other states and in the current Louisiana tax code, we concluded that both an increase in the state’s EITC to 40 percent of the federal credit and a new $250 per person rebate for seniors and the unemployed are needed; that the rebate amount should be adjusted annually for inflation; and that a separate rebate program for child care should be strongly considered. At a minimum, this will likely cost the state $570 million a year. We also note that outreach may prove difficult, recommend a targeted effort to make households aware of both the EITC and the new rebate, and encourage flexibility when it comes to benefit delivery.

Nobody should take these people seriously as a matter of policy formulation and analysis. But as a matter of community organizing, it may be that they’ve managed to swamp the Jindal administration’s effort to get rid of the state’s income tax.

And they’re doing it with the full cooperation – wittingly or unwittingly – of the state’s mainstream media, who won’t tie these groups together and report that this clergy protest is nothing more than a large-scale astroturf operation.

Interested in more news from Louisiana? We've got you covered! See More Louisiana News
Previous Article Rep. Lance Harris Must Not Be Ready For Prime Time…
Next Article SADOW: The CNSI Deal Was Lousy On Its Own Merits