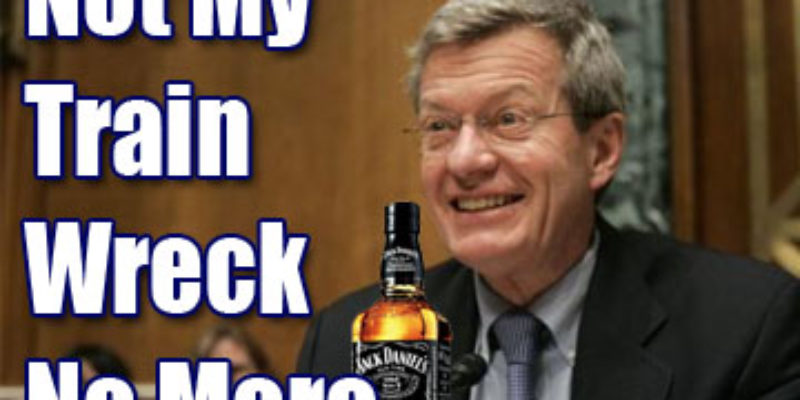 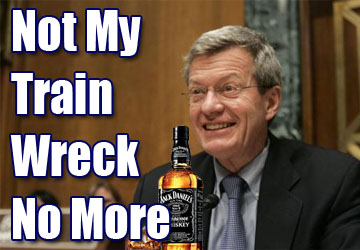 Bad behavior still has consequences in America, even in the Age of Obama…

Senate Finance Committee Chairman Max Baucus (D-Mont.) is retiring rather than seek re-election in 2014, according to two senior Democratic strategists familiar with his plans.

First elected in 1978, Baucus has been the top Democrat on the powerful committee since 2001. The likely Democratic candidate to succeed him would be former governor Brian Schweitzer, sources said.

Baucus was the author of Obamacare in the Senate. He also came out recently and called it a “train wreck.”

Did he come off as sober in that video? Because he doesn’t quite come off that way in this one…

That of course came from when Obamacare was being written.

Maybe Baucus came off a bender, and like the drunk who wakes up with his car in the swimming pool and his girlfriend’s bra on his head, felt regret.

Either way, he’s done after next year. And while Schweitzer is the pre-eminent politician in Montana, that’s a state which went for Romney by a 55-41 count in 2012. Find a decent GOP candidate, which for Senate races has for some reason been ridiculously difficult, and it’s a very winnable seat.

It will be interesting to see what happens to the remaining endangered Senate Democrats. Now that Baucus and Tom Harkins are out for 2014, the hit list is down to four – Mark Begich, Kay Hagans, Mark Pryor and Mary Landrieu.