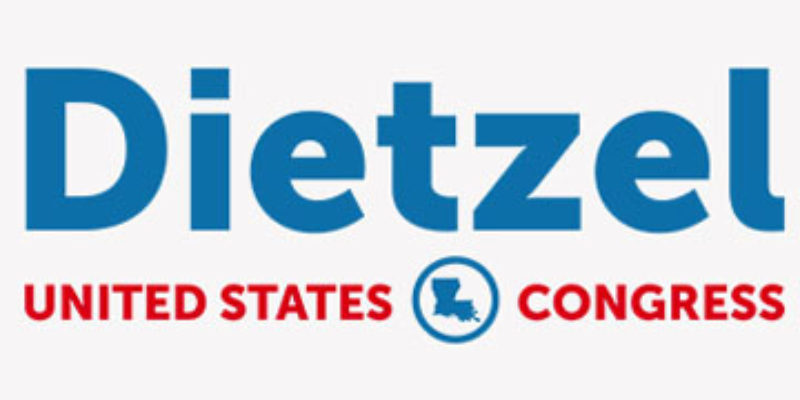 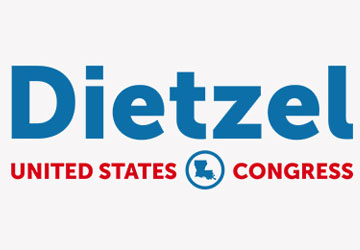 I am excited to publicly announce my candidacy for U.S. Congress in Louisiana’s 6th District.

Higher taxes and mandates from Washington are forcing companies to cut worker hours and preventing them from hiring new workers. Our country needs new leadership and new ideas, and I’m running for Congress to bring that fresh perspective we need.

Please visit my website, PaulDietzel.com, to find out more about the campaign.

This Dietzel isn’t THE Paul Dietzel. He’s the grandson of the former LSU football coach and athletic director. And he’s an entrepreneur – his most recent venture is Anedot, a web-based donation platform which “makes accepting online, mobile and web donations easy for nonprofits, political organizations another causes. Additionally the platform manages donors, supporters and campaigns.”

So you can imagine Dietzel has his online donation software taken care of as he launches his campaign.

The 6th District race, which becomes an open seat now that its incumbent Bill Cassidy is running against Mary Landrieu for the Senate, sets up as a free-for-all, with practically every Republican politician in Baton Rouge mentioned as a potential candidate. State reps Steve Carter, Erich Ponti and Hunter Greene have been mentioned as possibilities, as well as Sen. Dan Claitor. Former state senator and 1996 U.S. Senate candidate Woody Jenkins has had his name thrown around. BESE chairman Chas Roemer has been put forth as a possibility. Even state treasurer John Neely Kennedy has been bandied about as a possibility, though that one seems remote.

None have formally gotten into the game. So Dietzel, who has a bit of name recognition borrowed from his famous grandfather, may have a chance to steal a march in the race now that he’s in.

Dietzel did something pretty smart with Anedot now that he’s in the 6th District race. From a bio the Baton Rouge Business Report did on him and his new venture last year…

Since 2012 is an election year, Anedot has concentrated on the political world. The company didn’t start accepting clients until August of last year, but Dietzel says it now has them in nearly every state, thanks to word of mouth from political consultants. Prominent clients include U.S. Rep. Bill Cassidy, Insurance Commissioner Jim Donelon and Lt. Gov. Jay Dardenne. And Anedot is bipartisan, working with the Louisiana Democratic Party and the state GOP. The company has even signed up Mayor Kip Holden and Metro Councilman Mike Walker, who are running against each other in this year’s East Baton Rouge Parish mayor-president race. One client that Dietzel isn’t ready to identify will be launching soon in six languages and about 60 countries.

Meaning he’s in a position through working contacts with previous clients in the political world to elicit support. Whether the prominent players would be willing to get on board with him in advance of seeing who else will get in is an interesting question; as a newcomer to seeking elected office, and as a 27-year old, he might be a little risky for a House race.

But Dietzel is a sharp, impressive guy. He could well be a comer. We’ll find out.