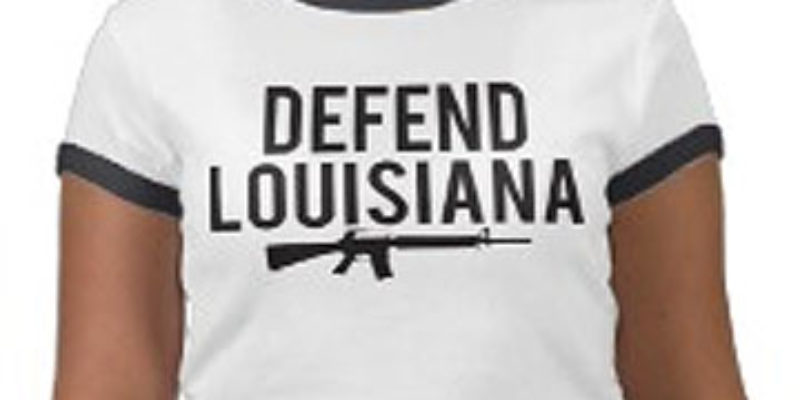 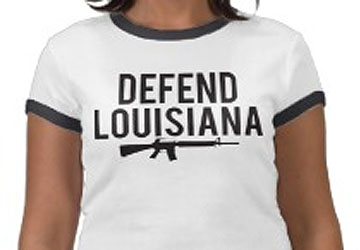 Editor’s Note: We’re passing along an announcement from our friends at Defend LA, who are beginning to take the lead in standing against the gun-grabbers…

On Monday, April 8th, we want YOU to join Defend Louisiana on the steps of the State Capitol in Baton Rouge as the 2013 legislative session gets underway to show our elected officials we support the Second Amendment and the importance of being able to defend our rights to protect our families! Over the past few months we have traveled across the state collecting signatures, talking about proposed gun laws, and empowering you with a voice of elected officials who share your commitment to stand united when it comes to our rights here in the Sportsman’s Paradise to enjoy our heritage of hunting, enjoy the outdoors, and ability to protect our families and homes.

Now, we want to send a clear message to the reactionary politicians in Louisiana and Washington D.C. that we won’t give an inch when it comes to our right to protect our families! We will unveil the signed petitions, let you hear from your legislators and publicly thank those who have supported Defend Louisiana’s efforts.

This is an event you DON’T want to miss!

Come out and sign the petition if you haven’t already, meet Rep. Jeff Thompson and the other officials who have taken a stand for your and your family, and let’s send a message to liberal politicians! We won’t back down, we won’t give an inch, we will defend our right to protect our families!

Interested in more news from Louisiana? We've got you covered! See More Louisiana News
Previous Article SADOW: Vitter Liked Lane Grigsby’s Poll A Lot More Than Landrieu Did
Next Article The Tax Swap Plan Is Dying; Where Does Jindal Go From Here?