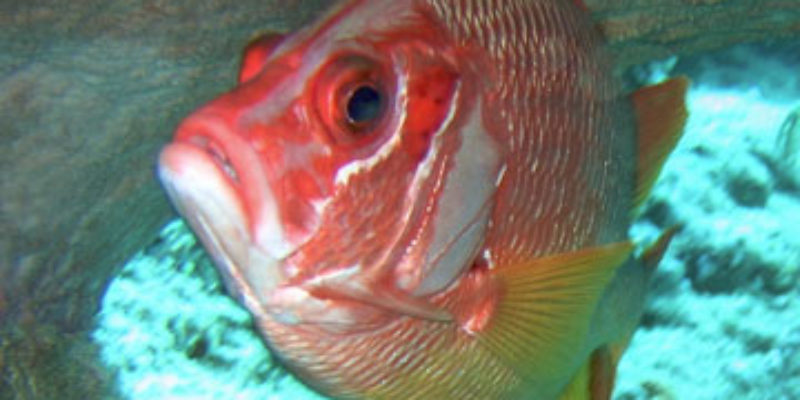 A release this morning from Sen. David Vitter…

U.S. Sen. David Vitter (R-La.) the top Republican on the U.S. Senate Environment and Public Works Committee, today introduced the Offshore Fairness Act, which would extend the offshore jurisdiction for states from Louisiana to Virginia from three miles to ten miles. Currently Texas and the East Coast of Florida have jurisdiction for three marine leagues, the equivalent of 10.36 miles, off their coasts. Vitter’s bill would give the same rights and privileges to Louisiana, Mississippi, Alabama, all of Florida, Georgia, South Carolina, North Carolina and Virginia. U.S. Rep. Bill Cassidy (R-La.) is introducing the companion bill in the House today.

“My bill is a simple matter of fairness for coastal states like Louisiana,” Vitter said. “The bill doesn’t only grant states’ rights to energy resources with additional property rights; it also gives them exclusive fishery management authority over reef fish within the new boundary. And given the federal government’s abysmal management of the red snapper fishery, my bill extends jurisdiction of that resource – up to 200 miles off the states’ coast. Allowing these coastal states to regulate their own natural and commercial offshore resources in the extended jurisdiction will help alleviate financial troubles and allow a much more local approach.”

The Offshore Fairness Act allows states to have exclusive fishery management over the red snapper fish, the lutjuanus campechanus, within a jurisdiction of 200 miles out from their coastline. The National Oceanic and Atmospheric Administration (NOAA) is tasked with conducting scientifically based fishery stock assessments, but the current stock assessment has been criticized as flawed and based on incomplete science. Vitter’s bill would put the states in charge of red snapper management until each state’s governor certifies that NOAA’s stock assessments are complete and based on sound science.

We’ve dealt with some of the red snapper issues and the federal government’s stepped-up program to demolish the oil platform caissons which serve as artificial reefs for them in the past. This is legislation aimed at that, plus it would move a lot more shallow-water offshore drilling away from the oversight of the troglodytes at BOEMRE – which has overseen a decline in offshore oil production at the same time production on private lands has catapulted the United States to – get this – higher oil production than Saudi Arabia.

Will it pass? Not in Harry Reid’s Senate. But as a messaging and future election strategy it’s good stuff, because it puts pressure on Mary Landrieu to choose between the Obama administration, which she votes with 97 percent of the time, and sport and commercial fishermen – plus the oil and gas industry. One of Mary’s aces in the hole when she beat John Kennedy back in 2008 was that she actually had lots of money and votes from the oil and gas people: $329,000, in fact. But Landrieu faces a very energy-friendly opponent next year in Bill Cassidy, who since 2008 has already raised $200,000 from oil and gas.

A vote in favor of letting Southeastern states take over their shallow waters 10 miles out from shore would have the effect of really ramping up offshore oil production, because states like Virginia and Louisiana would be aggressive in issuing leases and spurring activity which isn’t particularly humming at present compared to what it was when Obama’s predecessor was in office. But for a Democrat, that vote would be costly; it would tamp down what Landrieu could get from Hard Left and environmentalist donors. She’s never really played in that sandbox before, but given that this will be a big-money race and Cassidy will be able to get as much from oil and gas as Landrieu will she’d want to perhaps access the environmental money for a financial edge.

But she’d have to earn it. And that’s a move with big downsides, since while she’s managed to drill in the oil companies’ pockets nobody in that industry really trusts her implicitly. Cozying up to the enviros might dry that up.

Putting her between a rock and a hard place with votes on legislation like this is how you shake off the support she’ll need to maintain the slim electoral margins she’s stayed in office with. And that’s why Vitter offered a bill Harry Reid will never let pass.

UPDATE: Did you notice that in Vitter’s release on the bill, Bill Cassidy would introduce a companion version in the House?

That actually might be the more important aspect of this move. Cassidy’s release…

Today, Congressman Bill Cassidy, M.D. (R-LA) is joining with Senator David Vitter in proposing the Offshore Fairness Act of 2013. This bill would prevent Washington from interfering with Louisiana fisheries by giving the state more control over its territorial waters. This would be especially beneficial for commercial fishers and recreational anglers who enjoy fishing for red snapper.

“This is yet another example of Washington dictating to the American people,” said Congressman Cassidy. “We have heard countless instances of the federal government miscounting fish populations in the Gulf of Mexico and Southern Atlantic Ocean. This impacts how long fishing seasons last every year and thus the success of commercial fishers and recreational anglers.”

Cassidy continued, “states along the Gulf and Southern Atlantic take pride in their waters and their rich recreational fishing culture. They are natural stewards of these waters and are already successful at managing fisheries under their control. This bill would extend the seaward boundary off the coastline of Louisiana and other affected states. Doing so would allow them to manage their own fish populations and make decisions that both protect their coasts and create jobs.”

The Offshore Fairness Act of 2013 would extend jurisdiction for Louisiana and other states along the Gulf of Mexico and Southern Atlantic Ocean over their territorial waters to over ten miles. It also expands those states’ control over their submerged continental shelf. This would enable those states to regulate the fish stocks in those areas without federal intervention. This includes the right to manage reef fisheries up to 200 miles off their coasts, which contain valuable red snapper populations. Finally, this expanded jurisdiction will greatly increase states’ rights to energy resources within their new territory.

This thing has a real chance to pass the House. If it does, you can be sure Harry Reid will do everything he can to keep it from getting to a vote in the Senate. But it definitely won’t help Landrieu to avoid voting for the bill, just like voting against it won’t do her any favors.

There’s another aspect to this that will cause Mary even more headaches; namely, that if the states get jurisdiction out to 10 miles from shore the states also get all the mineral rights – meaning that the states not only take over leasing, but they get 100 percent of the royalties from the shallow-water drilling which results. Which is a lot better than the piddling 27.5 percent Mary is trying to pass in her bill.

Interested in more national news? We've got you covered! See More National News
Previous Article SADOW: Exemptions, Did You Say? Here’s One That Can Disappear
Next Article BRIGGS: Breaking Down Gasoline Prices