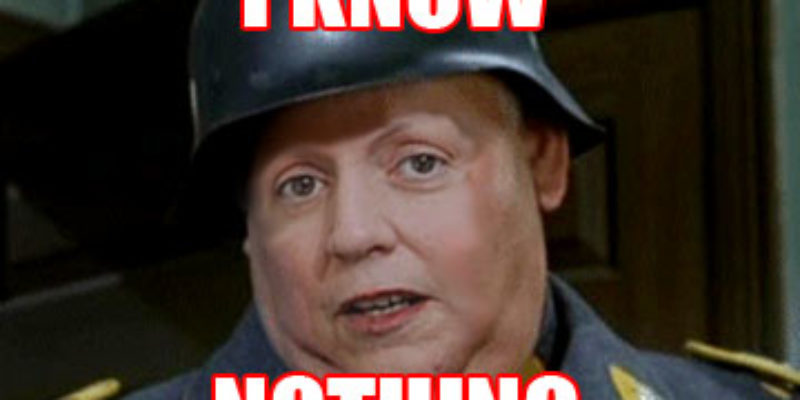 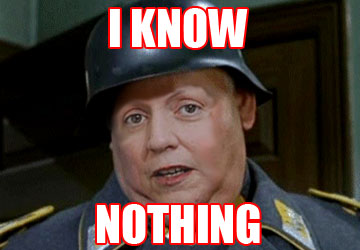 …and Janet Napolitano has just proved it with a helpful tip to the upcoming class of terrorists bent on destruction of our country.

Homeland Security Secretary Janet Napolitano said Tuesday that her agency knew of alleged Boston bomber Tamerlan Tsarnaev’s trip to Russia last year even though his name was misspelled on a travel document. A key lawmaker had said that the misspelling caused the FBI to miss the trip.

Napolitano’s disclosure came as news to Sen. Lindsey Graham, R-S.C., who told the secretary that it contradicted what he’d been told by the FBI.

“They told me that they had no knowledge of him leaving or coming back so I would like to talk to you more about this case,” Graham told Napolitano as she testified before the Senate Judiciary Committee on sweeping immigration legislation.

Napolitano said that even though Tsarnaev’s name was misspelled, redundancies in the system allowed his departure to be captured by U.S. authorities in January 2012. But she said that by the time he came back six months later, an FBI alert on him had expired and so his re-entry was not noted.

“The system pinged when he was leaving the United States. By the time he returned all investigations had been closed,” Napolitano said.

In other words, if you go abroad to learn how to make bombs and shoot policemen, make sure you stay abroad for a good six months to learn your craft well. Because after six months, all the federal investigations into the creepy behavior which put you on the anti-terror radar in the first place and got the Russians to tip the feds off that “Hey, this is a bad guy and he’s going to do bad things”…after six months they’ll just FORGET ABOUT YOU.

And when you come back to the United States a trained jihadist monster with designs on killing eight year olds and sawing the legs off marathon runners, they’ll just welcome you back from terrorist training in Dagestan with open arms and a profound lack of suspicion. Even though they opted to hold up giving you citizenship because you’re a fairly open jihadist with a history of domestic violence (like most of the rest of the jihadists out there who like Sharia because it codifies domestic violence), they’ll still roll out the red carpet for you to come back.

According to Napolitano, that’s how it works in this country.

She’s Sgt. Schultz, and she’s running a Department of Homeland Security which cranks out reams of paper about how “right-wingers” who take the U.S. Constitution seriously are potential terror threats. But where the Tamerlan Tsarnaevs of the world are concerned…

We have the dumbest government in the history of history, and we’ve run up $16 trillion in debt funding it.

There’s nothing wrong with the Constitution. What’s wrong with this country is the abject idiots we have in leadership positions.

Did you know that Janet Napolitano, one of the stupidest human beings ever to hold a cabinet position in a major country, has put out feelers to run for president in 2016? Did you know that?

Who’s going to be her running mate if she wins the nomination? Dwayne Elizondo Mountain Dew Herbert Camacho?

It’s OK, though. Napolitano can’t really have been expected to know anything.

After all, Tamerlan Tsarnaev’s widow says she didn’t know anything, either. And Dzhokhar Tsarnaev, the little brother who managed to survive the running battle with police Friday that resulted in Tamerlan being shot and run over, says so far as he knows there’s nobody else involved but him and his brother. And the media is happily swallowing that crap and asking for more. They apparently never heard of the concept of “not ratting on your associates,” you see.

Interested in more national news? We've got you covered! See More National News
Previous Article SARGE: To Have And Have Not
Next Article By The Way, Let’s Not Forget About Hillary And Benghazi…