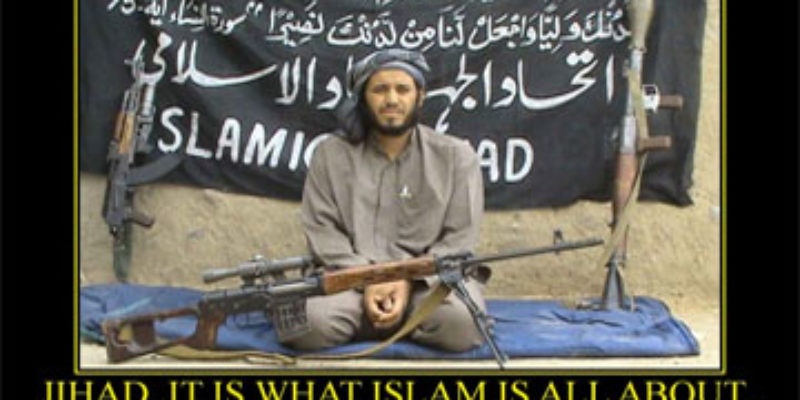 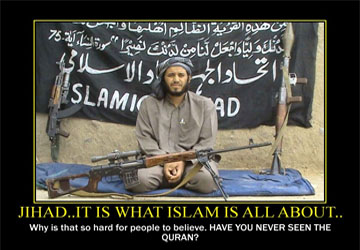 It has been over 9 months since Jihadist terrorists attacked a US diplomatic facility in Benghazi, Libya and killed 4 Americans, including the US ambassador to Libya, Christopher Stevens.

Make no mistake, an attack on a diplomatic facility is an act of war. And Christopher Stevens was the first US ambassador killed in the line of duty in over 30 years.

Despite this, America finds itself mired in a scandal surrounding this incident and the Obama administration’s shameful handling of it. Meanwhile, there has been no response from America to this act of war. That transmits profound weakness to the world, more importantly to the Middle East and, most vitally, to our Jihadist enemies.

This week, as if to add insult to injury, we have learned that US FBI officials have identified five suspects in the attack.

This report is troubling because it further demonstrates that the US is firmly back into a “September 10th” posture of dealing with Jihadist terrorism as a law enforcement issue and not warfare. This is plainly seen in this statement from BreitBart.com on the issue:

U.S. officials say they have identified five men they believe might be behind the attack on the diplomatic mission in Benghazi, Libya, last year. The officials say they have enough evidence to justify seizing them by military force as suspected terrorists _ but not enough proof to try them in a U.S. civilian court as the Obama administration prefers.

So the officials say the men remain at large while the FBI gathers more evidence. The decision not to seize the men militarily underscores the White House’s aim to move away from hunting terrorists as enemy combatants and toward trying them as criminals in a civilian justice system.

Every American should be outraged by this. The Jihadists are at war with us. Mere membership in a Jihadist terrorist organization, such as the Ansar al-Shariah reported to be involved in the Benghazi attack, should be enough to justify covert or overt US force. Because the Obama administration does not see it that way, there are members of Jihadist terrorist organizations who have been identified but are roaming free, possibly–even probably–planning more attacks on US targets, with little fear of retaliation.

When the US does not retaliate for attacks on our diplomatic facilities in which US citizens are killed, we  are viewed as weak, especially in the Middle East. Evidentiary standards for use in a US court are not appropriate for warfare. Targeting individual members is the wrong strategy for dealing with Jihadist terrorist organizations. The Obama-Holder-Clinton-Kerry cabal has made a train wreck out of US counterterrorism efforts and the Jihadists have metastasized on their watch as a result.