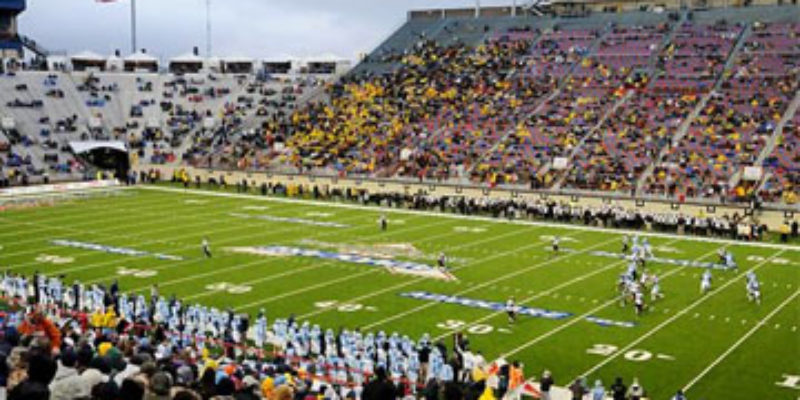 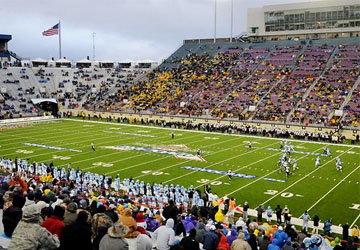 It no longer may be called the Independence Bowl, but Shreveport’s AdvoCare V100 Bowl keeps on defying expectations with its continued existence despite a host of disadvantages. And now, apparently, there’s an attempt afoot to allow local government-allied agencies dip into the citizenry’s pockets to keep the bowl going.

State Rep. Henry Burns filed legislation for the upcoming session that would have boosted hotel occupancy taxes as much as 2.5 percent, in addition to the current 4.5 percent tax. HB 179 would have had the extra proceeds split between the Shreveport-Bossier Sports Commission, the bowl, and to fund Bossier City facilities. Apparently in the proposed law, Shreveport, Bossier City, Caddo Parish, and Bossier Parish all would have had to agree to allow the additional levy in order to bring it up to the maximum new level.

The cash infusion would allow the bowl to increase its payout from its current $1.1 million in the hopes of attracting higher-quality competition. It currently is scheduled to pit the seventh-place team from the Atlantic Coast Conference, an East Coast-based, declining major conference in football that may not be able to fill that slot annually (because a team must have no worse than a record of no more losses than wins except under special circumstances) against the tenth-place team from the Southeastern Conference, which is much stronger in football but because of the low position slotted also may not be able to provide an eligible team on a regular basis.

If conferences cannot supply teams, then the bowl must find them elsewhere – usually smaller, distant schools which have small travelling fan bases and arouse little local interest. This is among the worst tie-in arrangements in the present football college bowl game landscape that an increased payout might improve upon, thereby drawing more fans.

The Commission would have benefited by having money available to pay for bids and dangle inducements as part of them, such as conference basketball tournaments, fishing competitions, and track-and-field championships. It operates under the Shreveport-Bossier Bureau of Convention and Tourism, which budgets for and pays the operating expenses. The Bureau derived the vast bulk of its over $5 million in revenues from a three percent occupancy tax, had higher revenues than expenditures last year, and was sitting on over $2 million in unrestricted cash.

Two arguments often get forwarded to justify this kind of revenue stream. One is that a special event such as a bowl game brings in touristic expenditures, which presumably creates or enhances jobs and wealth in the area. The other is that it largely is a tax on non-residents, who normally have little reason to stay in area hotel rooms. Thus, “free” money gets created for the area.

Of course, this kind of analysis is simplistic and conceptually incomplete, if not entirely wrong. On the basis of last year’s number, using static analysis the new tax would have collected about $4 million. But that ignores the dynamism of the ripple effect of higher prices, which will discourage some overnight staying in the area, as these will be passed along to consumers by hoteliers. In turn, this decreases revenues for this industry, shrinking margins and costing jobs.

Whether these losses would be compensated for by any extra business is questionable. For the added tax mathematically to be worthwhile were governments paying for it, for $4 million collected from 2.5 percent that would have to create a $160 million boost; keep in mind the last Super Bowl played in Houston the city estimated only brought in $129 million. While most of the tax would have been paid by non-residents, meaning the break-even figure is much reduced, that figure still might not be reached (keep in mind if only 10 percent of it is paid by residents that still requires a $16 million impact across all events) and the cost in fewer jobs and lower income in the hotel industry well might exceed the benefit of whatever does come additionally to the area from sporting events.

Making the proposition even more questionable was the already-large income received by the Bureau and its substantial reserves. It clearly can boost funds to the bowl and/or the Commission if it so desired; why make the local population suffer the depressive economic effects of that higher tax if it can transfer a few hundred thousand dollars a year to entities deemed worthy directly or indirectly?

No matter who pays for the bulk of them, new taxes are not the answer. There’s no evidence that the area would experience a net gain from this scheme, and if the will were there, more resources could get shuttled to these kinds of events without this. This is a bill that never should have been introduced at all, and the House wisely spiked it at its first opportunity.