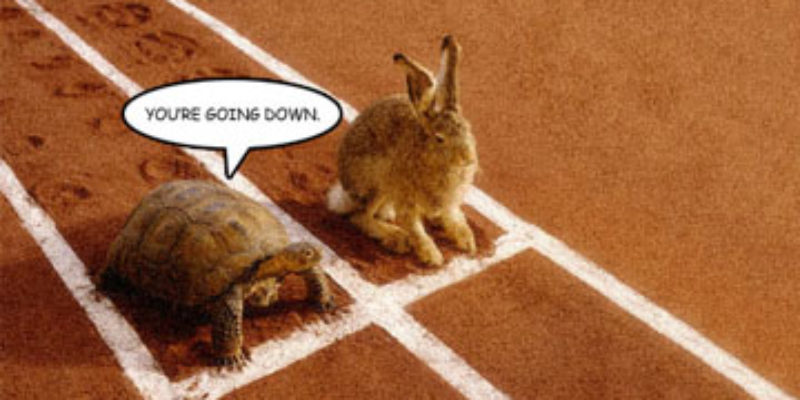 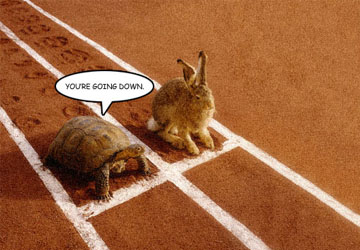 In reviewing the results of the judicial races in Orleans and Jefferson parishes on Saturday evening, I am compelled to recall the age old saying of slow and steady wins the race, but the results don’t tell the tale, not by far.

In order to deconstruct the results, let’s first recap the players and the scenario’s from the April 4th primary election.

In a primary that drew five Democrat contenders to replace Judge Tracey Flemings-Davillier at qualifying with four ballot entrants left standing on the April 6th election day, Doug Hammel showed a commanding first place finish with 43 percent of the 12,305 votes cast as five time candidate Yolanda King brought in 25 percent to round out the runoff field. Cynthia Samuel gained ground in the final days, delivering 23 percent of the vote with “Gino” Gates capturing the remaining 9 percent.

After a four person primary where 10,581 votes were cast, youthful newcomer Scott Schlegel came out on top of the field in the April 6 primary at 36 percent with Hilary Landry receiving 28 percent to propel the two of them to a runoff. John Sudderth placed third with a very respectable 24 percent and Lorraine Perkins McInnis garnered 12 percent in the contest to replace long serving Judge Bob Murphy.

Orleans – “The slow and steady (possum) grabs the prize.”

It seems crazy that a candidate could spend less than $8,000, make very few public appearances, show almost no election day presence and win a parishwide election. In this age of political websites, social networking & image consultants toiling daily over situational communications and message management it seems candidates are more exposed then ever. Yet that is the inexplicable tale of the tape in Yolanda King’s 53 to 47 percent victory over Doug Hammel who’s total expenditures were in excess of $170,000. One reason behind this seemingly inexplicable victory is that Hammel did not activate any sort of game-day poll watching effort or voter turnout phone banking.

This decision is a true ‘head scratcher’ in that when you create a smart and successful get out the vote (GOTV) effort in a general election, the majority of the cost, time and effort to find and note (ID) favorables are realized right away in that race. A runoff would literally build upon the the ID’s collected as the team supplements the database with new ID’s established during the month between contests. Beyond the election day costs for phone banking this expense is typically a manageable amount.

During the week leading up to the election, third place finisher Cynthia Samuel blasted Hammel with a 40,000 piece mailer that she paid for out of her own pocket. She raised questions regarding Hammel’s residency, prior voting record and private business practices. Hammel answered, but not with TV or even Radio, but as reported in NOLA.com – with an mail piece that didn’t recapture the energy Samuel had stolen from the campaign. A mild mannered endorsement “flyer” that sources indicate was the work of Joe Sobol, a campaign operative who normally handles “street” operations was widely distributed house to house, a costly effort in a low turnout citywide race. These were bad tactical decisions made worse by the compounding impact of choosing to let the interactive GOTV vendor go idle. Most maddening is the fact that his opponent played possum and reaped the benefit of the socio-economic impact of running an election during Jazz Fest – literally watching the white voters march off to “da’ fest” while African-Americans in Orleans Parish netted an 800+ vote differential for the early voting period and on election day. In a post-mortem review of the vote totals by precinct, one finds that in primarily white areas, more people cast votes in the toll referendum only and passed up the judicial race, allowing some merit to voter consciousness of Samuel’s claims.

It’s a sad, but true cautionary life lesson for a future politico to remember; it is smart to adapt your strategy from general election to runoff, but don’t neglect the horses that delivered you through to that point in the race by ignoring the real science that is associated with voter ID efforts and how they are maximized through smart, timely messaging.

Jefferson – The slow and steady work of the non-favored candidate to be consistently on message with voters, while piloting a competent GOTV campaign tipped the scales.

I can’t believe the financial delta between the two candidates in the Orleans race above, but I shudder to think about the continental divide between the total expenditures in the Jefferson Parish contest that ended with a Schlegel victory of 67 percent to Landry’s 33 percent showing. As of two weeks ago, Landry had spent more than $700,000 and based on her run rate, I’d say they were perilously close to the $1,000,000 mark when all the dust settles.

Curiously, just a week ago I felt that Landry had some momentum, but in speaking with friends and family who live in that Judicial District, they were fed up with the barrage of mail and the announcement of the Landry camp’s sanctions by the State Judicial Ethics commission on Friday. The Landry broadcast media attacks hitting voters 3-5 X per newscast, daily print collateral volumes and astroturfed Facebook messages with no soul lead the voter further away from her intended prize.

Every star in Jefferson Parish was aligned for Landry with all the major political endorsements and a crazy bankroll to tell the world about how many important people think she’s the best choice for the gig. However, some consideration should have been given to withdrawing from the race after spending the big bucks in the general and finishing second by 9 percent. Yet, the attacks and the scandal played into the hands of Schlegel who just kept swimming in an unflappable manner as Landry floundered and became more and more of a caricature.

Postulate: Consultants can save your life in the right scenario and sadly (often with you as a willing participant in the moment), they can help make you want to end it in the wrong circumstance. Until next time, choose wisely, politicos!