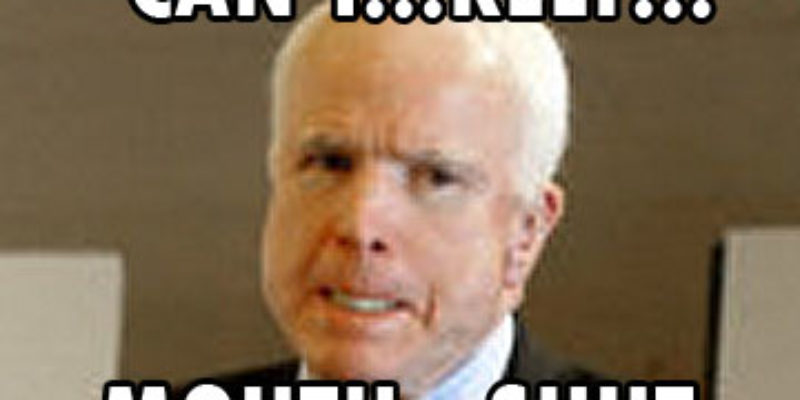 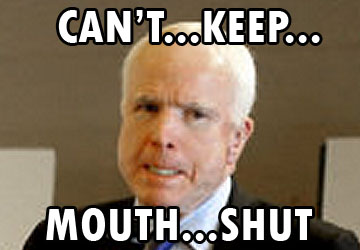 So over the weekend that guy Issa, who runs all the committee hearings in the House when somebody’s gotta look into Obama’s scandalpalooza, unloaded a big truck of Bleep You on the four-eyed creep Obama has flackin’ for him…

“Their paid liar, their spokesperson, the picture behind, he’s still making up things about what happened and calling this a local rogue,” said Issa, pointing to a picture of Jay Carney.

“The reason that Lois Lerner tried to take the fifth [amendment] is not because there’s a rogue in Cincinnati,” he added. “It’s because this is a problem that was coordinated. in all likelihood, right out of Washington headquarters.”

Which was pretty blunt language, and it set the smart crowd inside the Beltway to tut-tuttin’ about Issa’s tone. But really, nobody questions that Jay Carney’s a paid liar. Let’s not kid ourselves here – the guy gets paid to say the most provable, blatant BS anybody could ever imagine. Insult-your-intelligence kinda stuff comes out of his yap all day, every day. He’s Beltway Bob – we need to get him a green cap and a pair o’ high-fashion Saddam Flunky specs to complete his ensemble.

So when Issa says Carney’s a paid liar, the thing you do if you’re a Republican is to say – if the Obama Fan Club on the news shows asks you about it – is “well, the guy does lie a lot, right? Sooner or later when they catch you lyin’ often enough somebody’s gonna mention you have a reputation for it.”

That’s what you do if you’re a Republican who has a brain. But there’s a certain ol’ fart in the Senate who, speakin’ of reputations, has one of bein’ the guy who can’t stop with the eggy burps in the elevator, thinks differently.

If you could call it thinkin’.

That would be that ol’ fart McCain. Who, given an opportunity to screw up his party, delivered.

Of course he did.

Sure, it’s not a vicious slam like McCain uses on the Ted Cruzes of the world, but still – when’s the last time he actually BACKED another Republican who wasn’t bending over backward for some Democrat?

This guy’s a nightmare. He does more damage to other Republicans by givin’ the media a chance to beat ’em up with his words than anybody else in history. The guy is poison.

And guess what – until he’s gone, you’re never gonna have a party that doesn’t shoot itself in the foot.

What’d be great is if all the Republicans who’ve had McCain come over and take a dump on their lawn start crappin’ right back on him. Because the fact is McCain doesn’t represent any kinda great constituency inside the Republican Party. Nobody really likes him, and all he really has goin’ for him is seniority – otherwise known as bein’ the guy who’s been around long enough to be a poster boy for term limits.

The Young Turk guys in the Senate like Rand Paul and Cruz and Mike Lee have all had it with him, but the dudes in the House he can’t shut up about should follow suit.

Issa has some seniority, too. He oughta say something like “when Senator McCain does something in the Senate to get his committees to hold Obama to account I’ll listen to his criticisms of my tone – until then it would be nice if he would keep his negative opinions of those he’s supposed to agree with to himself.”

Better yet, how ’bout if ol’ man McCain just up and quit so that he could have all the time to suck face with microphones that he wants?