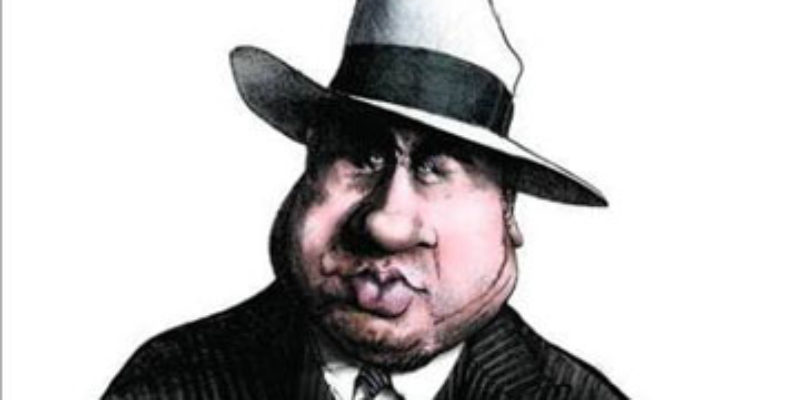 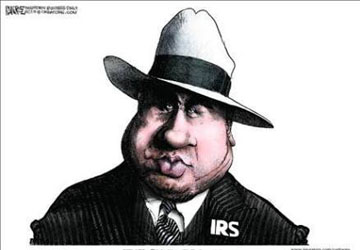 Darrell Issa was on the Sunday shows yesterday saying that the orders to persecute conservative activists with tax audits and the denial of 501(c)3 and 501(c)4 status to Tea Party and other conservative groups came from Washington, and that the IRS scandal is going to land a lot closer to the White House than originally thought.

Additionally, interviews with an IRS field agent involved in the division that targeted Tea Party groups for additional vetting appear to contradict the White House’s assertion that rogue agents — not the administration — were behind the effort, according to partial transcripts released Sunday by the House Oversight and Government Reform Committee.

The agent in the Cincinnati office, in which the targeting took place, told congressional investigators that he or she was told by a supervisor in March 2010 to search for Tea Party groups applying for tax-exempt status and that “Washington, D.C., wanted some cases.”

The agent said that by April the office had held up roughly 40 cases and at least seven were sent to Washington. The agent also said a second IRS employee asked for information on two other specific applicants in which Washington was interested in.

When asked by congressional investigators about allegations and press reports about two agents in Cincinnati essentially being responsible for the targeting, the agent responded:

“It’s impossible. As an agent we are controlled by many, many people. We have to submit many, many reports. So the chance of two agents being rogue and doing things like that could never happen. … They were basically throwing us underneath the bus.”

It turns out that this wasn’t a case arising from a couple of rogue agents, but as many as 88.

So certainly there were orders from the top, and anyone who thinks Valerie Jarrett or David Axelrod or the president himself have clean hands here is clearly either deluded or dull.

But it makes no difference.

One of the counts of impeachment against Richard Nixon was that he attempted to sic the IRS on his political enemies. But of course Nixon completely failed to get the IRS moving against them – whether because individual IRS agents weren’t interested in perverting their agency to enable an abuse of power or because they were a bunch of Democrats who didn’t want to persecute their own, there was no IRS persecution of Nixon’s enemies despite Nixon’s desire for it.

And yet under Obama there were hundreds, maybe thousands, of conservatives who endured disparate and obnoxious treatment by the IRS. From Tea Party groups to pro-Israel groups to pro-life groups and even adoptive parents, the agency has had a very heavy hand.

The reason for this isn’t that Obama or Valerie Jarrett or Tim Geithner ordered it to be the case. Those orders could come down and be scuttled by bureaucratic inertia.

The real reason is that the IRS agents involved were enthusiastic about the project and happy to come down on conservatives like an anvil.

That some of them are singing to Issa is great – but it says more about his committee doing a nice job of investigation than it proves the IRS has been misused by Obama.

The fact is this is an organization whose culture is perverse. The IRS is made up of a bunch of partisan lefties who see nothing wrong with persecuting conservatives – they believe all the Left’s tripe about how Tea Partiers are terrorists and stooges of the evil Koch Brothers, etc., and they believe they’re protecting the country by going after them.

It’s no surprise to hear that Lois Lerner’s husband is a high-priced lawyer with an affinity for liberal activism. It’s no surprise that Douglas Shulman’s wife heads a liberal group dedicated to campaign finance reform. You’ll find the same pattern repeated throughout the organization, no doubt. Like seeks out like. The culture reinforces itself. Everybody’s kids go to the same schools, everybody knows everybody else’s first name, and no one has to discuss politics because it’s simply understood. The same thing happens at college campuses. Liberal politics, statism, the primacy of the regulatory state: it’s just the water these people swim in.

This is the basic danger of a government that has grown too large. The federal machinery will trend Democrat no matter who happens to occupy the White House, Senate, or House of Representatives. And this is because the ideology that drives people to vote Democrat is also the ideology that makes them want to work for federal bureaucracies. The organizational culture in American federal service has become not just partisan but positively messianic during the age of Obama — they’re doing it for your own good, whether you know it or not! — and the urge to suppress those with “wrong” opinions is becoming too strong to ignore. The tacit approval of Barack Obama and other powerful Democrat politicians removes any vestige of unease. It explains the near-complete lack of guilt or remorse shown so far by IRS management. In their minds, they are doing nothing wrong.

It’s not a conspiracy because nothing actually has to be planned in secret. Nothing has to be commanded from on high. Nothing has to be written down, or even spoken in plain language. Lois Lerner and Douglas Schulman didn’t need detailed marching orders. All the President had to do was muse sadly about how much he could accomplish if only these troublesome Tea Party types were out of the picture. Functionaries like Schulman and Lerner would immediately grasp the message and put it into action. (Even though no discussion along these lines was really necessary,Schulman and President Obama apparently did enjoy their little chats.)

Corporate culture in the private sector is moderated by two controlling forces: external competition, and the need to satisfy customers. A company must be aware of both, and be responsive, lest one go out of business. Ideology must take a back seat to survival. However, governmental organizations are bound by neither of these strictures and so the pathologies persist and harden into permanent features of the organizations. Instead of being a nonpartisan tax-collection and compliance agency, the IRS becomes an agent of Democrat Party ideology where tax compliance is the tool rather than the purpose of the agency.

Monty’s point, which is the correct one, is that the IRS cannot reform itself because it is shot through with abusers of their power – not just among Obama’s political appointees but in the gears and axles of the agency itself. You would have to fire most of the agency and replace them with new people to get any real changes, and even that’s unlikely.

Why? Because people who are circumspect about the IRS’ ability to abuse its power and who are suspicious about government, and who have the skills to do such jobs effectively, won’t work for the IRS. They’ll work in the private sector, but they don’t generally want to become faceless bureaucrats harassing their fellow man.

That would be like trying to fill NBA rosters with people who aren’t basketball fans. You might well get some talent, but the pickings will be pretty slim.

The answer isn’t to try to change the culture at the IRS. The answer is to do away with the IRS.

The IRS is a poisoned agency. It’s been given too much power and too much discretion and now it’s a perverted and rotten agency. The IRS personifies everything wrong with the federal government, and the revelation that it has spent $50 million on conferences at which the waste was so pervasive as to suggest a thorough contempt for the taxpayers footing the bill is practically no revelation at all.

You can’t fix the IRS. What you can do is make an example of the IRS.

It’s time for a bill to eliminate the IRS. Let’s force the Democrats to defend that agency in advance of the 2014 elections, and let’s make the continuation of the worst-run, most abusive and most destructive agency in the federal government the primary issue in the midterms. Make that election about whether we allow these people to continue running roughshod over regular Americans thanks to a dysfunctional and politicized tax code, and highlight the fact that the Chuck Schumers and Mary Landrieus of the world refuse to make changes.

In Landrieu’s case, that refusal comes courtesy of $23,000 she’s taken from the National Treasury Employees’ Union; not only is she ideologically friendly with the abusive IRS tactics this scandal has exposed (Landrieu called in the FBI, after all, over James O’Keefe and his crew merely filming a funny video about the cause of her office dodging phone calls from constituents upset about her Obamacare vote), but she’s bought by them.

But she’s not alone; the IRS union’s political donations go to Democrats 94 percent of the time. They’re all bought, and they’re all happy to defend the corrupt and destructive status quo.

The only way the public can really see this is if it’s made THE issue in next year’s elections.

Advocate the elimination of the IRS and the formulation of a new tax code that doesn’t necessitate an IRS.

And yes, it’s possible to do. Every state has a department of revenue, and those agencies can be contracted to collect taxes in their jurisdictions.

We’ve talked about the Neutral Tax before, which we think might be an idea whose time has come. But whether it’s the Neutral Tax, a flat tax, the Fair Tax or some other alternate system, the IRS has to go. It needs to be hung around the Democrats’ necks like an albatross until they stop defending the organization and it can be put down – preferably after a Republican groundswell election cycle next year, but the circumstances are less important than the results.

Because it needs to be put down. The more Doug Shulmans, Lois Lerners and Sarah Hall Grahams can be put out of a federal job, the better – and the less power given to an unaccountable and abusive federal bueaucracy, the more survivable our republic. And if a now-defunct IRS serves as an example to, say, the EPA or the NLRB that the political marketplace can practice as much creative destruction as the economic marketplace can, we’ll all be better off.