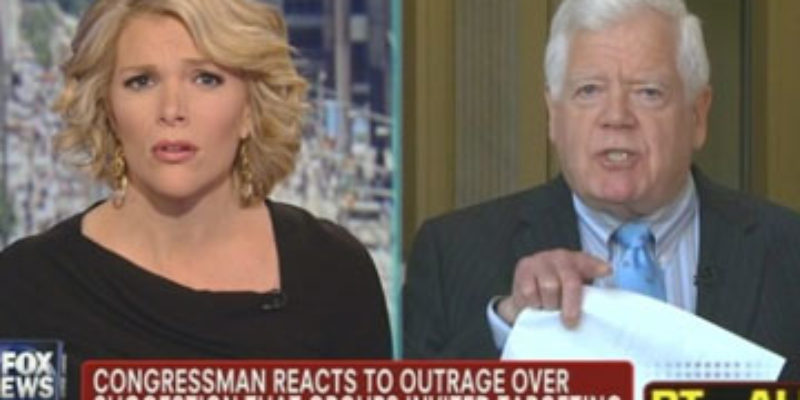 OK, it wasn’t quite that bad. She was kinda nice to him. Not that it made the outcome any friendlier on him or anythin’, but at least one of ’em was professional about it.

And the pro wasn’t the moonbat lefty congressman…

The thing about McDermott is, he’s a shameless bag o’ poo. He got hit with a million-dollar fine a few years ago for publishin’ a recording he’d secretly made of John Boehner. He was also prolly the most obnoxious of the Iraq anti-war gang. Now he’s out there playin’ shill for the IRS.

Guy’s a shitweasel. Sorry, that ain’t a nice thing to say, but that’s what he is. Shitweasels are pretty easy to spot. They look like Jim McDermott.

Miz Megyn busted him up pretty good, though, right?