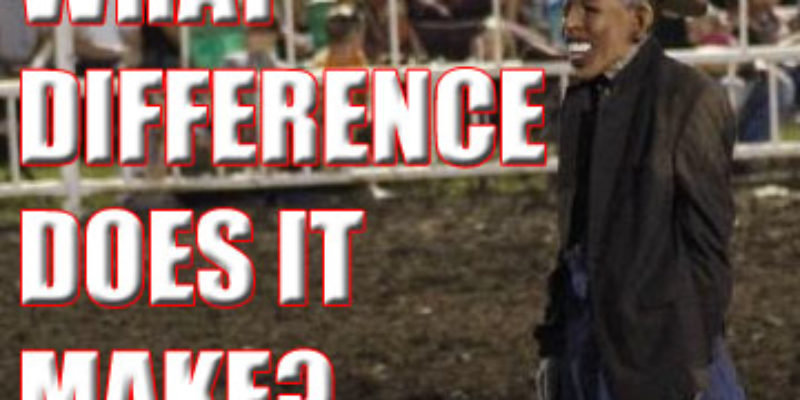 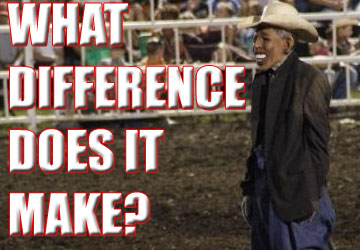 I was quite shocked to read the news accounts of the performance of a masked rodeo clown at the recent Missouri State Fair. To clarify, I was not so shocked by the act itself as I was by the reaction to what was clearly political commentary. And from a clown, no less. I mean, seriously, who would expect mocking behavior from a clown?

Then I read that you, in your capacity as president of the Missouri NAACP, called for both Secret Service and Department of Justice criminal investigations into this rodeo clown’s performance.

Which made me wonder if you or anyone in your organization has ever heard of the United States Constitution and the First Amendment thereto.

Do you understand that the First Amendment was written specifically to protect political speech, and, more specifically, unpopular political speech? Do you realize that lampooning the president of the United States is legal in this country and has been since George Washington’s first inauguration?

I’ve seen presidential masks from Richard Nixon on down. And I am sure that the wearers of those masks did not all behave with the decorum expected of a presidential inaugural ball.

Are you at all embarrassed in seeking criminal charges against a man for expressing his opinion of the current president? Did you or your organization call for criminal investigations when likenesses of President George W. Bush were burned in effigy? How about in 2006 when a movie producer released a film about the mock assassination of President Bush? If not, why not?

Obviously, the above questions are rhetorical because we both already know the answers.

In the modern parlance, the word racism is used like a magic cudgel to shut down reasonable debate and to delegitimize differences of opinion. However, the word has a literal meaning, and by any accurate definition, the NAACP is a racist organization.

The very idea of calling for criminal charges against someone who lambasts a government official is so anti-American as to be almost inconceivable. But not by your organization. To the NAACP it is all too conceivable. Because you promote racial unrest and division.

To get back to my rhetorical questions, your call for criminal investigations into a rodeo clown for mocking President Obama is based purely on race. Had that clown been a black man and had that mask been of George W. Bush, this incident would never have made the news and you would not have been so publicly exposed as the race-mongering, hateful person you are.

For that, at least, I am glad. But I am sad for the future of this country because of racist organizations like yours. Although you use different tactics, your organization is really no different, at its heart, than the Ku Klux Klan.

Interested in more national news? We've got you covered! See More National News
Previous Article AFTERBURNER: World Gone Mad
Next Article The Left Is Killing Us, And Here’s One Way They’re Doing It