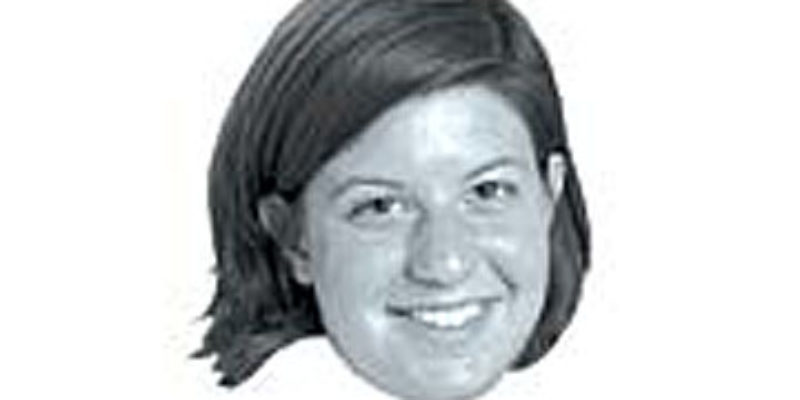 This morning at Slate, which is a magazine about politics for people who are too stupid to understand politics, you’ll find one of the more egregiously – and dangerously – asinine articles written in modern times.

It’s by someone named Allison Benedikt (Lord knows how the spelling of that name came about), and it attempts to make the case that you either subject your kids to the vagaries of public education or you’re a bad person.

Seriously. We think. The piece is so poorly written we’re not sure whether it’s satire.

You are a bad person if you send your children to private school. Not bad like murderer bad—but bad like ruining-one-of-our-nation’s-most-essential-institutions-in-order-to-get-what’s-best-for-your-kid bad. So, pretty bad.

I am not an education policy wonk: I’m just judgmental. But it seems to me that if every single parent sent every single child to public school, public schools would improve. This would not happen immediately. It could take generations. Your children and grandchildren might get mediocre educations in the meantime, but it will be worth it, for the eventual common good. (Yes, rich people might cluster. But rich people will always find a way to game the system: That shouldn’t be an argument against an all-in approach to public education any more than it is a case against single-payer health care.)

So, how would this work exactly? It’s simple! Everyone needs to be invested in our public schools in order for them to get better. Not just lip-service investment, or property tax investment, but real flesh-and-blood-offspring investment. Your local school stinks but you don’t send your child there? Then its badness is just something you deplore in the abstract. Your local school stinks and you do send your child there? I bet you are going to do everything within your power to make it better.

There are a lot of reasons why bad people send their kids to private school. Yes, some do it for prestige or out of loyalty to a long-standing family tradition or because they want their children to eventually work at Slate. But many others go private for religious reasons, or because their kids have behavioral or learning issues, or simply because the public school in their district is not so hot. None of these are compelling reasons. Or, rather, the compelling ones (behavioral or learning issues, wanting a not-subpar school for your child) are exactly why we should all opt-in, not out.

I believe in public education, but my district school really isn’t good! you might say. I understand. You want the best for your child, but your child doesn’t need it. If you can afford private school (even if affording means scrimping and saving, or taking out loans), chances are that your spawn will be perfectly fine at a crappy public school. She will have support at home (that’s you!) and all the advantages that go along with being a person whose family can pay for and cares about superior education—the exact kind of family that can help your crappy public school become less crappy. She may not learn as much or be as challenged, but take a deep breath and live with that. Oh, but she’s gifted? Well, then, she’ll really be fine.

“Chances are that your spawn will be perfectly fine at a crappy public school.”

The writer of this screed thinks your kid should be subjected to the rigors of life at crappy public schools. The above is what those look like.

I went K–12 to a terrible public school. My high school didn’t offer AP classes, and in four years, I only had to read one book. There wasn’t even soccer. This is not a humblebrag! I left home woefully unprepared for college, and without that preparation, I left college without having learned much there either. You know all those important novels that everyone’s read? I haven’t. I know nothing about poetry, very little about art, and please don’t quiz me on the dates of the Civil War. I’m not proud of my ignorance. But guess what the horrible result is? I’m doing fine. I’m not saying it’s a good thing that I got a lame education. I’m saying that I survived it, and so will your child, who must endure having no AP calculus so that in 25 years there will be AP calculus for all.

By the way: My parents didn’t send me to this shoddy school because they believed in public ed. They sent me there because that’s where we lived, and they weren’t too worried about it. (Can you imagine?) Take two things from this on your quest to become a better person: 1) Your child will probably do just fine without “the best,” so don’t freak out too much, but 2) do freak out a little more than my parents did—enough to get involved.

But then comes a dis-disclaimer…

Also remember that there’s more to education than what’s taught. As rotten as my school’s English, history, science, social studies, math, art, music, and language programs were, going to school with poor kids and rich kids, black kids and brown kids, smart kids and not-so-smart ones, kids with superconservative Christian parents and other upper-middle-class Jews like me was its own education and life preparation. Reading Walt Whitman in ninth grade changed the way you see the world? Well, getting drunk before basketball games with kids who lived at the trailer park near my house did the same for me. In fact it’s part of the reason I feel so strongly about public schools.

And then a closing argument…

Whatever you think your children need—deserve—from their school experience, assume that the parents at the nearby public housing complex want the same. No, don’t just assume it. Do something about it. Send your kids to school with their kids. Use the energy you have otherwise directed at fighting to get your daughter a slot at the competitive private school to fight for more computers at the public school. Use your connections to power and money and innovation to make your local school—the one you are now sending your child to—better. Don’t just acknowledge your liberal guilt—listen to it.

This woman is an editor at Slate Magazine. An editor.

And she is publicly advocating that parents of means send their kids to bad public schools because somehow the presence of those kids will magically transform the thugs and reprobates populating those schools into scholars.

No thought whatsoever to the concept that your property taxes are paying for those schools whether you send your kids to them or not, and that most public schools are at or near capacity, so adding the private school population to the public schools would likely overwhelm them in most communities.

Speaking of bad people, that’s something this woman knows something about…

A friend of mine once told me that before he had a kid, he would have run into a burning building to save his cats. Now that he has a kid, he would happily drown the cats in the bathtub if it would help his son take a longer nap. Here is how I feel about that statement: Velvel, avoid the bathroom.

Here is a regular sequence of events at my house: I pick the baby up and he pukes on me. I run from the living room to the kitchen with the baby in one arm, trying not to touch his milk-dripping mouth to the left side of my shirt while I grab a paper towel to wipe off the milk-covered right side of my shirt, when I hear the sound of exactly 2,459 tiny fucking Legos crashing to the floor. My middle son has dumped out the Lego bin again. And my eldest (who is now 4) is yelling “ready for wipe!” from the bathroom. I think, “I’ve got to start trusting that kid to wipe himself,” just as the middle son, who is now sitting in a sea of Legos smearing Desitin all over his face, screams: “Velvel threw up!”

Don’t get the wrong idea: My life is not boring. There are variations to this lineup. Sometimes Velvel just whines. (I’m no dog whisperer, but this might be because he’s not getting any attention.) Other times I take him for a walk—it’s such a nice night for a stroll! You actually are a pretty good dog, Vel!—only to have him poop on himself. Like, he poops, and some of that poop gets stuck on his fur. Before we had kids, this was at least an occasion to give him a nice, calming sponge bath. Some warm water, a wash cloth, and soap would do the trick. Now I grab a pair of scissors and hack off a clump of his hair. All clean!

That’s from a piece about how nobody who’s going to have kids should have a dog. After she wrote that, she was approached by people willing to take her dog off her hands, and a petition was started at Change.org for Slate to fire her…

Recently, blogger Allison Benedikt wrote an article for Slate.com, in which she details how much she now despises her dog in its old age. She even suggests that she would drown her dog, leave it in the shed, refuse to groom or walk it, and openly admits to neglecting it once it was no longer in her whims to take care of him. She claims this as a natural byproduct of motherhood, suggesting that her abuse is a universal and virtuous truth. At no point is there a sign of humor, remorse, or even acknowledgement that this kind of behavior is monstrous.

Slate.com makes its money in clickthrough revenue, revenue which goes directly into the pockets of this animal-abuser. Slate.com needs to fire this horrific human being. And we, the undersigned, refuse to visit Slate.com until she has been terminated, and Slate issues a public apology for publishing the screed of a proud animal-abuser.

Of course, there is an element of link-trolling at work here. Slate publishes idiocy like this for the pure purpose of getting traffic, and the more outrageous the rants within its pages the more traffic it will draw.

The guess is that Allison Benedikt – whose husband is lefty link-troll extraordinaire John Cook of Gawker.com – couldn’t care less about people in private schools. If she did, she would have come up with a less-insipid argument for forcing everyone into public education. She’s about riling people up, and that’s that.

Slate’s looking an awful lot like that brown pile on the kitchen floor, with Benedikt’s “journalism” providing the stink. But to them, the stink is what sells.