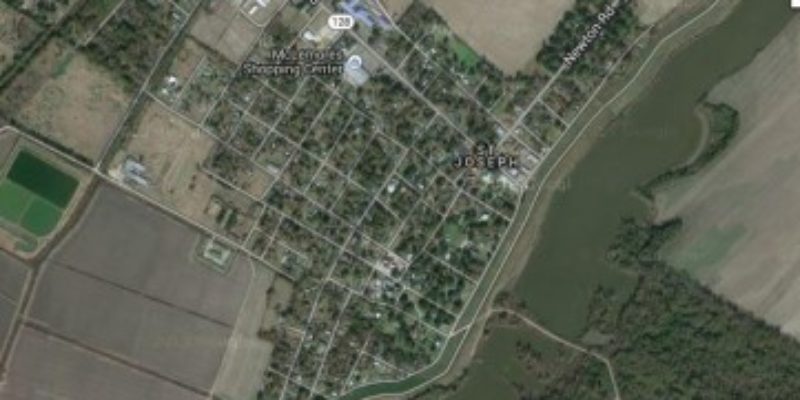 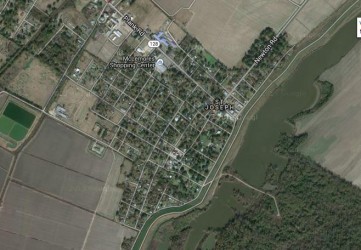 It looks as if there is something a little more going on than your typical bank robbery-gone-wrong scenario in St. Joseph this afternoon.

What’s on the wires at present is this. Someone with what might be an automatic weapon has holed himself up in the Tensas State Bank in that sleepy burg along the Mississippi about 20 miles north of Natchez, and he apparently has at least three bank employees holed up with him. A state police hostage negotiator is on the scene, and it’s a developing situation.

That’s what we know.

Here’s what the grapevine is spitting out.

First, a couple of miles up the river from St. Joseph, on the Mississippi side of the river, is the Grand Gulf nuclear power plant. This is important because some new arrivals to town have been freaking out the locals.

It seems the new arrivals are Yemenis. And the locals are freaked out because they’re scared the new people in town have evil designs on Grand Gulf.

Second, we’re told by someone in law enforcement who is in a position to offer actual knowledge of the case that the suspect in question is of Middle Eastern descent, with a name on his driver’s license indicating that he is of a particular cultural and religious persuasion not common to the Mississippi Delta, and that the suspect is 20 years old.

We’re also told that this suspect is not unknown to local law enforcement; they’ve had problems with him before.

And third, what we’re hearing is that the suspect isn’t giving the hostage negotiator any particular reason to think he can be talked out of that bank.

Which dovetails with word we’re hearing that the Louisiana State Police has been scrambling snipers to the scene all afternoon.

This is obviously developing, so we’ll try to see if we can separate some wheat from the chaff as more information comes across.

But while today’s events bear out the local angst in St. Joseph, we’re not that impressed with the impending-attack-on-Grand-Gulf thing. The reason being that while St. Joseph is right across the river from the nuclear plant it’s a real “you can’t get there from here” situation. St. Joseph is about halfway between Natchez and Vicksburg – or if you’d rather, Vidalia and Tallulah – on the river, and so it’s 43 miles in the car to Natchez and 58 miles in the car to Vicksburg, and then at least that much of a drive to Port Gibson, where the power plant is. So if you were going to set up shop to hit that nuclear plant you’d probably prefer Port Gibson, or Lorman, or Fayette, on the Mississippi side.

Unless the Yemenis were buying boats, that is.

UPDATE: KNOE-TV out of Monroe has a reporter on the scene with some developments which don’t do much to disturb the grapevine’s offerings.

– “At least 100 police, sheriff, fire and state police vehicles and personnel are on the scene from around the region and state.”

And this, which indicates the suspect has confederates of some kind…

Our crew on the scene of the bank robbery in the Tensas Parish community of St. Joseph tells us one person was seen in handcuffs around 4:30p Tuesday. However, it appears that suspect did not come from inside the bank under siege. It is believed that suspect tried to enter a restricted area and was taken into custody in the process.  No information on that person has been released.

UPDATE #2: And the Monroe News-Star has a little extra on the person who got arrested outside the bank…

Police have cordoned off the bank, preventing people from getting within a quarter mile of the bank. At about 4 p.m., a vehicle broke through the perimeter and was driven toward the bank. The driver was stopped at gunpoint and taken into custody. The identification of the driver or his connection with the ongoing hostage scene was unclear.

There’s a five-mile aerial perimeter around the bank as well. Whether that’s different from a typical robbery-hostage situation or not is beyond us; it seems like a bit of heightened security.

Family members of some of those being held hostage say they had heard the gunman has given authorities 10 hours to adhere to his demands. It was not clear what is demands were.

The grapevine had told us the cops on the scene weren’t optimistic they could talk the gunman out of that bank. Common sense tells us that probably had to do with the demands and how reasonable they were.

UPDATE #3: CNN says the gunman works at a local convenience store. The Tensas Parish Homeland Security spox, Jane Netterville, told Wolf Blitzer that while the bomb squad is on the scene, there are rumors the gunman has a bomb and those are not confirmed right now…

UPDATE #4: KNOE reports from a 6:00 press conference on the scene…

A news conference just wrapped up (6:00 P.M. Tuesday) where we were told police have talked with all three hostages that are being held inside the Tensas State Bank. They are said to be uninjured at this time. they are confirmed employees of the St. Joseph bank.

We have also learned the gunman who has not been identified is a local resident to Tensas Parish. The lead negotiator says they have communicated with the suspect and he has made demands. The nature of those demands has not been released.

The police say there is no reason to believe at this time that the suspect has a bomb in his possession. The suspect is armed with an unknown type of weapon.

UPDATE #5: From the Monroe News-Star’s update out of the 6:00 presser, the gunman apparently has been “calmed down,” and the situation doesn’t appear to be the imminent guns-hot scenario it’s been thought to be earlier today.

Also, the second individual who drove a car through the barrier on the way to the bank who was stopped at gunpoint and arrested? He appears to be a family member of the gunman.

We’ve been told the Yemenis are the ones who run the Trak, though we haven’t confirmed that.

UPDATE #6: The Natchez Democrat says that the gunman is, in fact, of the family who owns the Trak.

A local rumor forwarded to us said that he’d made a threat to blow up the nuke plant if his demands weren’t met. We’d say that’s unlikely, but it’s not completely crazy – after all, why St. Joseph? And that’s what the people in that area got freaked out about.

In the audio of Col. Mike Edmonson’s presser that can be found at the Natchez paper’s web site (part one here, and part two here), he seems to want to defuse the idea of the second individual who was arrested trying to rush the scene, saying that was a relative who was “trying to help.” Edmonson also indicates the incident is “limited” to the bank.

But the presence of the FBI and the U.S. Marshals on the scene is perhaps indicative of something more, though hardly dispositive. And Edmonson’s statement that more and more assets will be surged to the scene over the next several hours is at least somewhat peculiar – there are already 100 cops on the scene and they need more? For one gunman?

Things that make you go hmmm…

UPDATE #7: The locals can’t make any sense of this situation. The Monroe News-Star’s latest has reaction from the mayor in St. Joseph…

Mayor Edward Brown said he was shocked. “I wouldn’t expect something like that to happen here. It’s just bizarre.” Brown said the bank had been robbed before.

Brown said he believes many residents have left town over fears of explosives. He described the gunman as “a young man” and that he actually saw him Tuesday morning.

It definitely seems bizarre that you’d try to rob a bank in St. Joseph. St. Joseph has 1,200 people, three-quarters of whom are black and more than a third of whom fall below the poverty line (actually well more than a third, since the poverty numbers are for Tensas Parish as a whole, which is 55 percent black, and most of the white folks are landowners who live outside the city limits). How much cash would you expect the Tensas State Bank to have on hand?

UPDATE #8: Now there’s word, though we don’t have a link for it yet, that one of the hostages has been released. That’s good news.

We’re also hearing that the suspect has been in St. Joseph for a month or less, and that he moved there to work in his family’s convenience store (this must be an aunts-and-uncles thing rather than a mom-and-pop thing). And that ever since he showed up he’s been giving the local cops real problems.

Attempting to rob the bank across the street from your family’s work? Really?

UPDATE #9: According to this, the owner of the Trak is someone named Mr. Salha Ahmed.

So at least a little of what came to us in the grapevine is validated.

UPDATE #10: Now a link on the hostage release.

Plus, KNOE reports that the suspect was born in California. No word on how recent his arrival in Tensas was.

UPDATE #11: At the 9:00 press conference, the authorities announced they don’t expect any further developments tonight.

We’ll keep an eye on this to see if they’re wrong; otherwise we’ll be back at it in the morning to report what resolution of the standoff happens.

UPDATE #12: An AP photo of the bank location, courtesy of The Blaze…

UPDATE #13: We got a tip as to who the suspect is. But since law enforcement hasn’t released his name, we’re going to hold off on going there.

That said, he has a Facebook page. And interestingly enough we found this on there from just three days ago…

Our source close to the incident says that the suspect released one of the hostages in return for food – which consisted of canned vegetables and cold cuts – earlier tonight.

No idea whether he asked for sandwiches before settling for what was available. That cartoon is pretty creepy considering what he did today, though.

Interested in more news from Louisiana? We've got you covered! See More Louisiana News
Previous Article The NOPD Consent Decree, The Landrieus And How To Win Next Year
Next Article St. Joseph: One Hostage Dead, One Seriously Wounded (UPDATED)