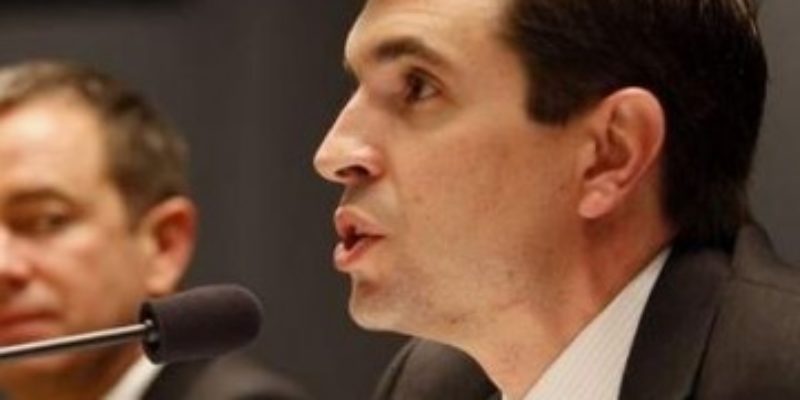 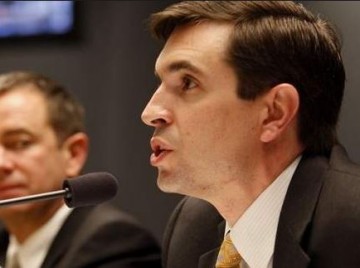 Reports are beginning to surface that our friend Dan Juneau’s replacement as the President of the Louisiana Association of Business and Industry (LABI) will be none other than former chief of staff to Gov. Bobby Jindal Stephen Waguespack.

The initial reaction to this, by C.B. Forgotston, was apoplexy…

Kudos to John Maginnis and Jeremy Alford for breaking the story below.   The selection of Stephen Waguespack to be the president of LABI has long been rumored.

Bobby Jindal could NEVER beat LABI, so he found a way to take it over.

As a supporter of LABI since it was established in 1975, a 32-year member and a former lobbyist for LABI, it breaks my heart to see Jindal take control of LABI.

I’ll get over my broken heart, but the Louisiana business community and individuals will suffer from losing such a strong voice at the Louisiana Legislature.

With all due respect to all the other business organizations in this state, LABI is sui generis.  I’m very proud to have been a very small part of LABI’s successes and failures.

I don’t know Stephen Waguespack.  I have tried to contact him numerous time, but he refuses all my communication.   However, I do know that the ONLY people he will answer to are Bobby Jindal and Timmy Teepell, not the LABI Board and certainly not the individual members.

I will catch hell from lots of people, some will even be friends, for expressing my view on this matter.  Have at me!

The word we’ve heard is that Waguespack has been doing everything he can to tell people that he has made a clean break from Jindal. The question is whether anybody believes it. Because the word also has it that Waguespack has been going around to some of the business entities most willing and able to pay big money for a lobbyist and making the case to them that his access to the governor would make him a lot more effective than their current representative at the Capitol.

That makes for a bit of a disconnect, and thus it’s difficult to disprove Forgotston’s allegations that Jindal is on the verge of collecting LABI as an asset for his political power base in the state.

Jindal and LABI have had an up-and-down relationship. For example, it was LABI’s support that was crucial to his getting the education reform package last year. And LABI’s efforts were important in beating back the over-the-cliff plans of the legislative Fiscal Hawks to attempt to raise some $300 million in business taxes after that group chose to make common cause with the Legislative Black Caucus in an effort to resolve the continuing controversy over Jindal’s use of dedicated and “one-time” funds.

But LABI was skeptical and ultimately highly critical – and ended up driving the final nail into – Jindal’s plan to exchange the state’s income tax for an increase in sales taxes. The folks at LABI were highly displeased with the Jindal administration’s not having consulted with them before formulating that plan, and for good reason; a Republican governor who wants to undergo a major tax reform intended at spurring business growth probably should work with business leadership in crafting that reform, n’est-ce pas?

Waguespack was one major political figure with his name in the hat to succeed Juneau at LABI; former House speaker and unsuccessful Secretary of State candidate Jim Tucker was the other. Tucker didn’t make the cut, and Waguespack is now a finalist in front of LABI’s board of directors. It’s not an absolute done deal that he’s going to pass muster at the board, though the conventional wisdom as expressed by Forgotston, and John Maginnis and Jeremy Alford at LAPolitics.com, is that it’s going to happen.

Why should you care?

Forgotston’s lament notwithstanding, it’s not a sure thing that LABI’s stances on issues would be changing. It’s possible, though, that because of Waguespack’s connection with the Jindal administration things like the organization’s scorecard – which is the gold standard as a measurement for how state legislators stack up on economic issues – could suffer. For example, a LABI chummy with the Jindal administration might agree not to score a vote on an issue which clearly belongs in their scorecard as a favor designed to attract votes on another issue the governor needs votes on.

With Juneau at the helm, that would have been highly unlikely. Waguespack would have to dissipate such concerns with concrete action. And until they do, as Forgotston mentions, LABI’s independence and credibility – and thus its potential for maintaining its current influence – will be called into question.

Also, should Waguespack assume LABI’s presidency it’s inevitable that other groups which currently operate in its shadow within Louisiana’s conservative advocacy would assume a greater role.

LABI has loomed so large in Louisiana politics during Juneau’s tenure as head of that organization that virtually all of the state’s conservatives have depended on its leadership in carrying the agenda forward in the state. But that is asking too much of what is essentially the state’s chamber of commerce.

The fact is, there are a lot of conservative issues LABI doesn’t take a position on, because LABI shouldn’t take a position on them. LABI is a business group, and as such it shouldn’t be involved in issues like crime, or abortion, or family law or even some questions having to do with the structure of state government. Not that LABI’s member companies can’t take positions on those issues, but since they don’t have much to do with business in Louisiana and they’re not directly economic issues it’s not a good idea to stick their noses into those questions. And they generally haven’t; one of Juneau’s great assets as LABI’s president is that it has the discipline to stick to those issues which affect its membership.

LABI has been fairly effective in advocating for education reform across a number of fronts, but given that a sufficiently educated workforce in the state has been a limiting factor in its economic growth that’s within its purview.

But because LABI’s influence is so large, there is an insufficient conservative advocacy on those issues where it isn’t in the fight. And if LABI’s star shines less brightly, there is an opportunity for other groups to grow in influence and financial support – and ultimately have the ability to affect state politics across an even broader spectrum of issues.

A couple of such groups are in their nascent stages and it’s premature to publicize them here. But there are wheels turning, and conservative activists who smell opportunity are watching the Waguespack job hunt with intense interest.