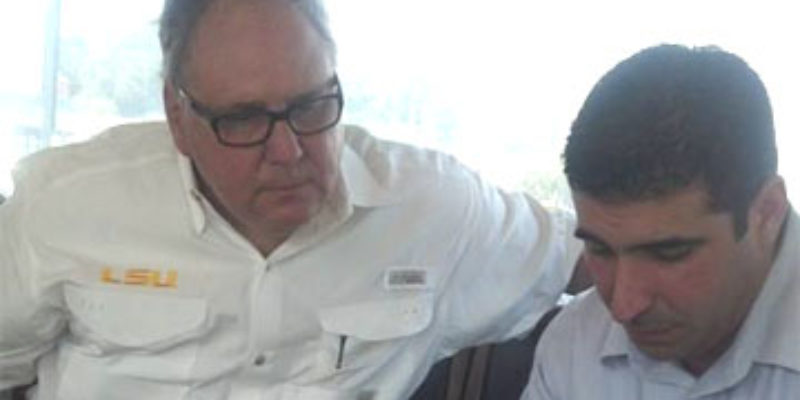 This video goes four minutes and change, and it’s a bit of documentation of a research junket taken by a couple of Baton Rouge Metro Councilmen – Buddy Amoroso and John Delgado – who are fierce critics of the Capital Area Transportation System in Baton Rouge. The Advocate’s Rebekah Allen went along for the ride…

It took them two hours and 12 minutes to get from Sherwood Forest Boulevard to City Hall in downtown Baton Rouge, and they spent half that time waiting in the hot sun for buses.

Which means CATS wastes our time as well as our money.

Hayride readers already know our position; namely, that bus transportation is an obsolete 20th century model and that the smart answer to mass transit is a healthy rideshare market which can deliver customers door-to-door service provided by independent micro-businesses, and if there’s a public role in subsidizing rides for people who couldn’t access the market due to economic circumstances that’s OK.

It’s OK because it’s a heck of a lot cheaper to subsidize rideshare for poor people than it is to run an expensive bus system complete with all the political graft, infrastructure and union contracts involved in such a system.

But more than two hours to get from Sherwood Forest to City Hall downtown – which is about 11 miles and 18 minutes by car – is ridiculous. It imposes a confiscatory tax on the time of poor folks, and poor folks are people whose time is precious since it takes more of their time spent well to advance out of poverty than other people.

Those buses aren’t worth our tax dollars. It’s time to move away from them. Amoroso and Delgado proved it.

Interested in more news from Louisiana? We've got you covered! See More Louisiana News
Previous Article BEAM: Special Thanks To Bob Odom For The Mess He Left Us
Next Article Waguespack Got The LABI Job