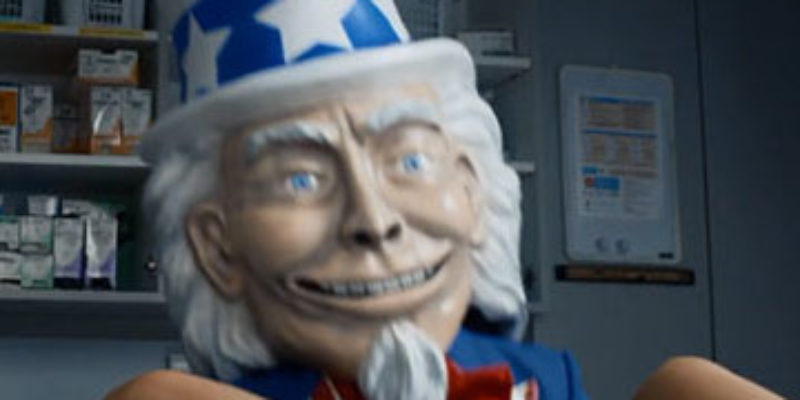 Through serendipity I’ve ended up working in HIT (health information technology). I take 50 calls a day with independent insurance agents/brokers to navigate the hoops to qualify to sell on the FFM (Federal Facilitated Marketplaces). The Government websites they need to access to register are riddled with random error messages, and simply attempting to log in to complete this process routinely fails. The agents/brokers are, to a person, terrified. If they cannot complete this process by October 1st (the deadline) they are hosed. Nobody knows what to do, and this will only get worse when millions of consumers join the fray of the marketplace. It appears nobody scaled the back end to accommodate this exponential growth. And now?, It’s too late. It’s like the owner of the White Star line getting a telegram about the Titanic sinking and saying “We need to order more lifeboats.” And these are the smartest guys in the room? #soscrewed. For obvious reasons, don’t use my name please..

Professor Reynolds put down a tag line on his post asking if the GOP isn’t playing into Obama’s hands by stopping the train wreck. We take a little different view, because we don’t think the continuing resolution fight will stop it. We think the defund fight is doomed to fail, because Democrats are more committed to keeping Obamacare than Republicans are to killing it.

And Karl Rove is running polls saying that independents in swing states are on Obama’s side of a shutdown. Which is really productive, by the way – what Rove is doing has nothing to do with the budget/Obamacare fight and everything to do with discrediting Rand Paul and Ted Cruz, who are pushing in the Senate to defund Obamacare.

Meanwhile, others in the chattering class are asking what the end game is. Jim Geraghty…

I don’t oppose the Ted Cruz-Mike Lee plan for brinksmanship on stopping Obamacare . . . I just wish there was a clear backup plan in case it doesn’t work.

When you raise that question, you often hear a response of, “if we don’t fight now, when will we fight?” That’s a valid but separate argument. That’s an argument for trying it; my question is about what the GOP should do if it doesn’t work. And if you don’t think there’s at least a chance that the public recoils from a government shutdown and overwhelmingly blames the Republicans for this . . . well then, you’re willfully blind. This isn’t something that is guaranteed to work as long as we believe in it enough. This isn’t Tinkerbell.

No, it’s not Tinkerbell. What it is is a strike.

When unions decide to go on strike, they don’t much care whether management or the company’s customers won’t be pleased about it. What matters is whether the union members are willing to stand strong during the strike.

The GOP’s voters, for the most part, are willing. That’s probably not true of a lot of the party’s politicians. Of course, they’ve yet to present the defund/delay issue as a strike rather than a shutdown, and that’s a failure of messaging. Because when unions go on strike they always communicate to the public that they’re doing it for them – because if rapacious businessmen are able to screw their workers, they’re creating circumstances which allow them to screw the public as well.

This is nonsense, of course, but it’s always presented as noble.

In the GOP’s case, the argument could be made that we’re making demands of the president on behalf of the American people, and he has to address those demands or we’re going to go on strike and he won’t be able to govern. That America doesn’t want Obamacare and demands that it not go into effect. And that if he only listens to the American people there will be no problem.

So you go on strike, but you’re going to lose the strike. Whether Rove’s independents in swing states – the same people he spent $400 million last year trying to convince to vote for Mitt Romney and completely failed, by the way – get cranky or not is immaterial; there isn’t enough will on the Republican side to complete this fight and outlast Obama and the Dems. Have you noticed how the entire narrative surrounding this controversy revolves around how the Republicans want to shut the government down but never about how it’s Democrat intransigence on forcing Obamacare down all of our throats, by the way?

Ultimately, what the public will remember is the latter. Particularly when the GOP loses the strike. People will remember the attempt, and they’ll remember what a disaster the implementation of Obamacare becomes. It won’t be Ted Cruz and Rand Paul’s fault that it’s a disaster at that point; it will be Obama and the Democrats who will have to answer for it.

They’ll have an answer, of course. They’ll blame the GOP as they always do.

But having checked the box of raising the stakes in the Obamacare fight, it will be hard to blame the House Republicans and the conservatives in the Senate. They’ll have fought the good fight and lost. They’ll have the battle scars to show for it.

And next fall, we’ll see where the public wrath lies.