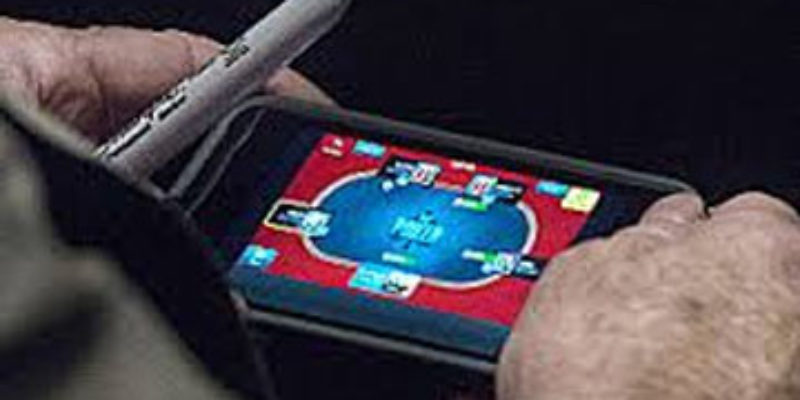 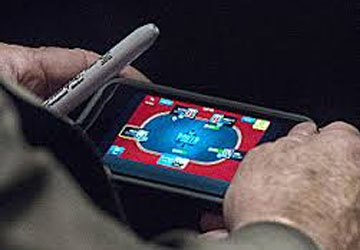 https://thehayride.com/wp-content/uploads/2013/09/mccain-poker.jpgAs America debates the legality and morality of intervention in the Syrian civil war, one of our “greatest” (yeah Right!) war heroes is dedicating his full attention and gravitas to our possible military action. He plays video-poker on an iPhone while testimony is given in Congress. This was witnessed and recorded by a Washington Post photographer and published in their on-line edition.

“McCain playing poker on his iPhone

As the hearing continues, our ace photographer Melina Mara reports she spotted Sen. John McCain (R-Ariz.) “passing the time by playing Poker on his iPhone during the hearing.”

“The following is John McCain’s tweeted text in response to the disclosure:

No, Mr. McCain, you’ve shown your incompetence in playing an electronic game. It’s the American people have lost because you’re seen as a Senate leader with compelling knowledge concerning war. How compelling is it to witness your obvious Attention Deficit Disorder (ADD) coming into play? This could explain the erratic behavior you’re noted for. I originally thought your unpredictable and inconsistent tirades was attributable to Post Traumatic Stress Disorder after you mistreatment by your North Vietnamese captors. Or maybe it was the five planes you crashed while in service. (The Factchecker – Glenn Kessler Posted at 11:26 AM ET, 10/ 6/2008)

Now, I’m not too sure you’re not senile or just plain nuts. Or maybe you really are stupid. Either way, it’s shocking to have a matter of such monumental importance as this one; where we’ll launch guided missiles into potentially populated areas, where innocents may be injured, maimed and killed by OUR weaponry and where we risk our personnel as they again step into harm’s way; you’re playing Poker under the table on an iPhone.  But let’s not mention the retributive attacks sure to come as the Fundamentalist Islamists seek revenge. They’ll probably just attack our installations and citizens overseas thus allowing your removal from the realities you and your buddy Obama sought to side-step in Benghazi.

Obama’s energized his campaign machinery to ensure the American public is sufficiently distracted while he continues this incompetent and ill-advised mockery he calls foreign policy. He’s engaged now because he’s been so indecisiveness he doesn’t know what to do. He’s been caught red-handed and recognized as feckless, incompetent and politically impotent on the world stage.

Now, after starting the campaign tactic he’s used so well to confuse issues, we find he’s enlisted the man he trounced so easily in the election to act as his shill in the congressional debates. Obama’s again holding the shiny object in the light and counting on it to distract the American peoples’ attention. Who knew it would only take a “free app” on an iPhone to distract him. McCain you really are a patsy.

American legislators are trying to determine if our armed forces will bomb a people who’ve done nothing to us. The United Nations was formed under the most noble of ideals after World War II (and monetarily supported with U.S. dollars with little to no loyalty exhibited toward our nation) to deal with civil wars, genocidal weapons of mass destruction and whack-job third world megalomaniacs seeking to kill their own people.

Crimes against humanity are in the enforcement realm of the United Nations and the World Court. The United Nations should be employed to resolve these issues with the full economic support of EVERY member country. Let Russia send troops to quell disturbances. Let Italy finally step up to the plate on genocidal activities. Allow Peru to financially support military interventions and peace keeping actions undertaken by all of these “world partners”.

McCain, please get your shawl. Pour yourself a cup of hot cocoa and go sit in the solarium to play your little Poker game. Your obvious disdain for us and what we worry about shows you’re unfit to call yourself a Senator in the United States Senate.

You sure as hell aren’t representative of American ideals.