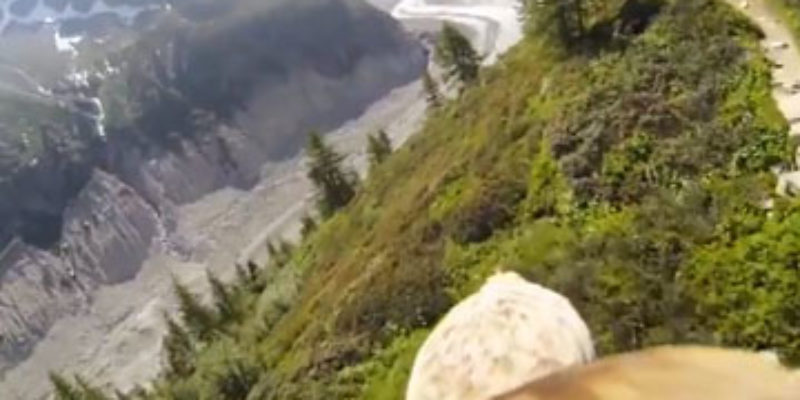 Specifically, Chamonix in Mer de Glace. Which is – and you can trust me about this, because while I ain’t been to France I have been to Dulac, and it’s pretty much the same thing – in the southeast part of the country where the French Alps are. It’s southeast of Geneva, which is Switzerland for all y’all unwashed types out there.

This is cool ‘cuz you get to see what the eagle sees. And what he sees is awesome. He might not be as excited about it as you are seein’ as though somebody stuck a GoPro on his back an’ that ain’t what an eagle expects, but so what? He’s an eagle. An eagle is a badass, with or without a GoPro. He can deal with it.

Somethin’ tells me that if we put a GoPro on that eagle who lives alongside I-10 in LaPlace we might not get sights that good. Lotsa trucks, and maybe some good shots of dive-bombin’ the golfers at Belle Terre with eagle poop. But like I said, an eagle is a badass. If he doesn’t wanna wear a GoPro, he ain’t gonna wear one.

Interested in more national news? We've got you covered! See More National News
Previous Article VIDEO: The Bluegrass Version Of Metallica’s ‘Enter Sandman’
Next Article There Won’t Be A Lot On The Site Today…