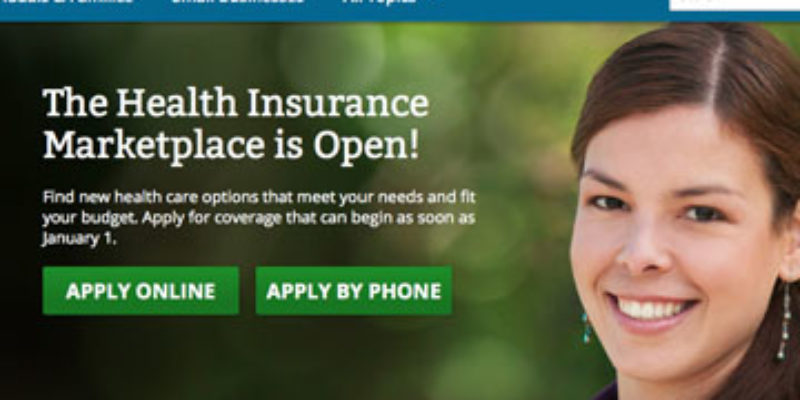 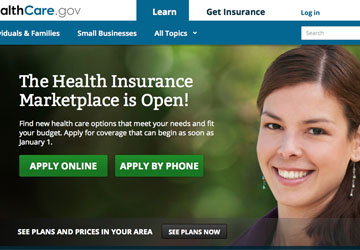 The pleasant looking face of the Obamacare website is gone. The young lady on the home page of the Healthcare.gov site has been replaced by nebulous circles.

It seems the glitch ridden website needed a new start after four weeks of embarrassing failures. After the Obama administration spent $600 million on a lousy site that was designed by a Canadian company with a track record of failure, the President had to resort to advising Americans to send in paper applications or call the hotline, never mind that you may be on hold for hours on end.

While Kathleen Sebelius, Secretary of Health and Human Services, is not taking responsibility for the web debacle and, of course, the President refuses to take any of the blame for any of his fiascoes, the White House has found a fall girl, the website lady.

Finally, someone in the Obama administration has been fired. Unfortunately, it was just the young woman who posed for the picture on the website, the face that launched a million glitches. Today, she may be in protective custody, as hidden as the supposed Obamacare savings.

On the other hand, “Glitch Girl” may have asked to be removed from a site that has been a disaster from day one. Supposedly, it was going to be fixed with a “tech surge,” but there were more problems last weekend, and, tonight, the troubled site is down once again.

It has been almost one month since the site’s launch, yet, we still do not have any concrete numbers on how many people have signed up for health insurance on the site. Today, in congressional testimony, Marilyn Tavenner, leader of the federal agency in charge of the Healthcare.gov site, refused to divulge the number of people who have enrolled in Obamacare. While she was forthcoming with apologies, she was not forthcoming with the truth about this debacle. Obviously, the administration is too embarrassed to share the facts with the American people.

Sadly, we do know that at least 1.5 million Americans have lost their insurance coverage because of Obamacare. According to the Congressional Budget Office, this is just the tip of the iceberg as, eventually, millions of Americans will lose health insurance due to the “Affordable Care Act.”

While millions of Americans may lose coverage and millions more will remain uninsured despite the new law, countless others are facing premium sticker shock. Horror stories are now being reported of Americans facing health insurance increases of 500-1000%, thanks to Obamacare.

While the plan was being debated in Congress, Obama pledged that Americans would be able to keep their doctors and their current insurance policies. He also promised that people would benefit from reduced costs and be able to sign up easily on the website. Every one of his lofty promises has proven to be total lies.

No wonder “Glitch Girl” is on the run. Initially, she may have thought her image on the site would be a great career move. Now, she is in hiding, hoping that Americans forget her association with the biggest disaster in the history of the Internet.

Interested in more national news? We've got you covered! See More National News
Previous Article More Obamacare Arrogance Courtesy Of Mary Landrieu
Next Article Oh, And Here’s Mary Landrieu On Whether You Can Keep Your Plan…