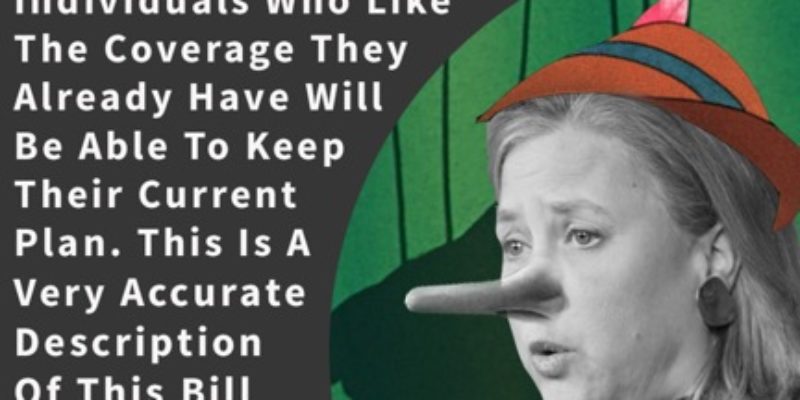 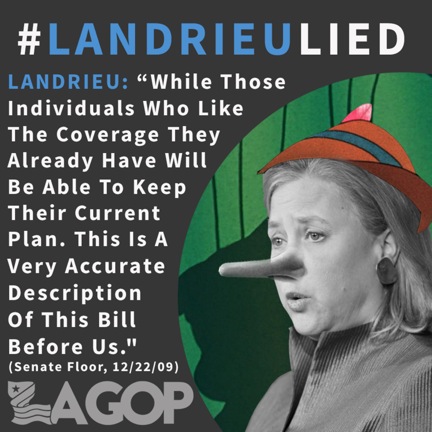 In a shocking claim, Senator Landrieu claimed yesterday to the Weekly Standard that she and her fellow Democrats never, ever promised that if you like your current health insurance plan, you will be able to keep it under Obamacare.

According to Senator Mary Landrieu of Louisiana, Democrats had only promised that Americans could keep their insurance if it was “good insurance.”

Senator Landrieu is lying.  Senator Landrieu, President Obama, and nearly every other Democrat in Washington promised the American people that the passage of Obamacare would not force them to lose their private insurance.

LANDRIEU: “While Those Individuals Who Like The Coverage They Already Have Will Be Able To Keep Their Current Plan.  This Is A Very Accurate Description Of This Bill Before Us.” (Senate Floor, 12/22/09)

Click Here To See An Entire Compilation Of President Obama Promising: “If You Like Your Health Insurance Plan, You Can Keep It.”

Across the United States, millions of Americans are losing the health insurance coverage they chose and liked for their families because of Obamacare.  This is a travesty, and Senator Landrieu needs to be be held accountable for her deciding vote for Obamacare in 2014.  Louisianians deserve a Senator who is not going to blindly repeat President Obama’s false promises in order to sell a government takeover of healthcare.

OBAMACARE WILL KICK MILLIONS OF AMERICANS OFF THEIR PLANS

Americans Are Finding Out That Obama’s “Keep Your Plan” Promise Is Just Not True. “President Barack Obama promised over and over during the health care debate that ‘if you like your health care plan, you can keep your health care plan.’ It turns out that, for a lot of people, that isn’t true.” (David Nather, “4 Hard Truths Of Health Care Reform,” Politico, 3/16/12)

Florida Blue Is Cancelling 300,000 Policies Or “About 80 Percent Of Its Individual Policies.” “Florida Blue, for example, is terminating about 300,000 policies, about 80 percent of its individual policies in the state.” (Anna Gorman and Julie Appleby, “Thousands Of Consumers Get Insurance Cancellation Notices Due To Health Law Changes,” Kaiser Health News, 10/23/13)