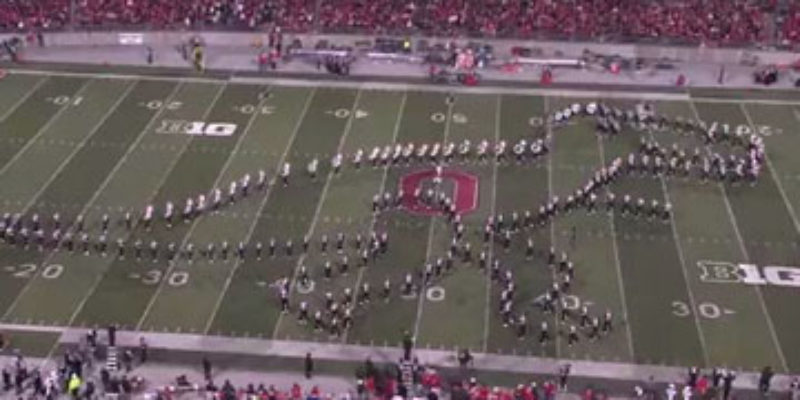 Sorry to all y’all Southern band fans, and to the folks who like the slapdicks at Rice. I ain’t a big Ohio State fan, but give the devil his due and admit these guys are where it’s at.

Last week they did Michael Jackson doin’ the moonwalk. No kids were harmed or molested, which is a nice accomplishment.

This past week? Topped it.

A T-Rex eatin’ somebody? That’s livin’ large. So is Superman fixin’ a building and Harry Potter ridin’ around the field on a broom. And sinkin’ a Michigan ship? Solid. What was that, the Edmund Fitzgerald? Or was that outta Ohio? Can’t remember what the song says.

Anyhow, they’re way ahead of the game. LSU’s band might be solid; this is spectacular.

Interested in more national news? We've got you covered! See More National News
Previous Article SARGE: Symbology Of A Brave New World
Next Article BAYHAM: The NOLA Pelicans Are About To Take Flight