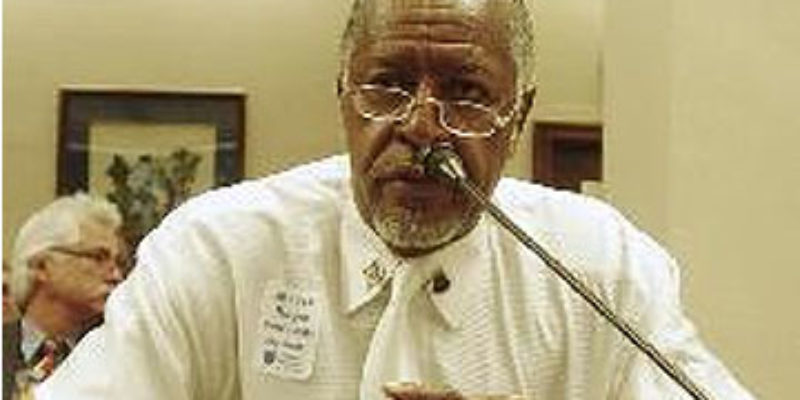 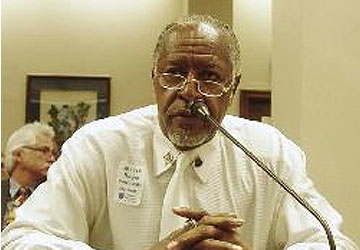 Previously, this space discussed fractures within the education reform movement in Louisiana, mentioning its opponents only in passing. To illuminate their place in the debate, one needs only to focus on one recent incident to understand why they encapsulate everything that made the state’s educational system a laughingstock for so long.

Interestingly, it was one of their own, Bernard Taylor, the superintendent of the East Baton Rouge Parish School District, who stirred the bats in the belfry. As a motivational tool, he rewarded by publishing in newsprint the names of over 1,000 district teachers who rated in the highest category of the state’s new, somewhat improved, teacher evaluation instrument known as COMPASS.

This disturbed one Carnell Washington, president of the East Baton Rouge Federation of Teachers, who in the past with these kinds of arguments treated policy-makers to a display of crepuscular intellect. He claimed this broke the law because evaluation results “are confidential, do not constitute a public record, and shall not be released or shown to any person” outside of personnel actions internal to a district or as part of a court case.

Taylor, who supports reform insofar as it occurs within the government monopoly model of delivery, recognized the sin against his faith and expiated with the statement “To the extent anyone felt slighted in any way, we sincerely apologize,” but maintained the legality of the action. He said the law permitted districts to such a thing in the name of recognition and reward.

That Taylor felt anything required to deliver close to an apology that 64 percent of East Baton Rouge teachers didn’t get their names in lights and therefore this becomes a mark of Cain on them speaks volumes as to the mentality that plagued Louisiana education in the past. Why on earth does somebody need to receive an apology for the revelation that they have been revealed not to be the best last year? If they felt slighted, they should look at themselves and use this to motivate themselves to achieve the very best in the future. This is akin to schools apologizing to kids for not making the honor roll out of fear of damaging their delicate psyches, and this attitude does nothing but hold back excellence in provision of education.

But if this isn’t idiotic enough, Washington then takes it several levels up. In response, he dons judicial robes to give what he thinks is within the law as a means of recognition, a reception inviting the high-ranking teachers, as opposed to the unacceptable printing of names in a newspaper ad because that’s, in some sense, “too public.” How these actions differ would baffle any lawyer, judge, or lawmaker: Taylor’s method puts names disconnected from people out there where the public might see that, while Washington method gathers identifiable faces with their names where they are publicly seen. Either any official public recognition or no official public recognition is permitted; there’s no “not far enough” or “too far” as to whether something is made public because it is or isn’t. (One hope with this kind of fuzzy thinking this guy never actually taught in a classroom.)

Then he whines about hearing complaints from administrators and teachers about Taylor’s List with the presumed persecution that occurs by failure of inclusion on it, as, according to Washington’s distillation of their testimony, teacher is set against teacher. No doubt this snake in Eden will discourage schools from being places where the primary emphasis is on teachers holding hands and singing Kumbaya for harmony’s sake in favor of attaining better student learning outcomes from higher achievers among teachers feeling rewarded and trying to keep it up and lower achievers wanting to emulate them and perhaps even asking the recognized to help them improve.

Washington might reply that salutary impact of the recognition cannot exist because the instrument itself does not measure it; the official position of union hacks statewide has been COMPASS is too flawed to work as intended. Of course, the evidence contradicts this wishful thinking, with COMPASS having both face validity (that it appears in theory to do what it’s supposed to) and construct validity (that it is related to an instrument that is demonstrated to measure the concept in question). While it is a stripped-down version of a more complicated instrument that its creator does not think makes it as sensitive, she thought it could work. And its results aligned reasonably closely to the results of student testing; districts that had better performing students also had higher proportions of teachers in the better categories even though only some of the COMPASS scoring had any direct relation to student outcomes.

However, the biggest howler comes when Washington evinces fear that as a result of this naming of names parents would have the audacity to demand that their children get taught only by those teachers of the highest rating. The horror! Heaven forbid that parents seek excellence from teachers, have access to diagnostic information, and make education decisions accordingly! Much better, no doubt he thinks, is to have families sit by passively while they take their chances with their children’s education, with fortune the major determinant of whether they get an incompetent teacher that under the old evaluation system would never have been revealed as such and would have continued poorly-educating students possibly for decades.

It is exactly this attitude that seeks to serve special interests first, such as those of unions that never educated a child, low-performing and lazy teachers, administrators who seek paths of least resistance, and politicians with ideological axes to grind using children’s education as their stone, rather than making children’s interests primary that made Louisiana education so deplorable. But a genuine chance to change this for the better has arrived, and this threatens those interests that have prospered under the old deficient system.

And they fight back, but the sheer nonsense of the arguments they use illustrates just how much they bankrupted the system, and reminds us of why these changes are so desperately needed.

Interested in more news from Louisiana? We've got you covered! See More Louisiana News
Previous Article UPDATED: This Is Certainly Somehow Bobby Jindal’s Fault, But…
Next Article WAGUESPACK: Time To Focus On What Matters