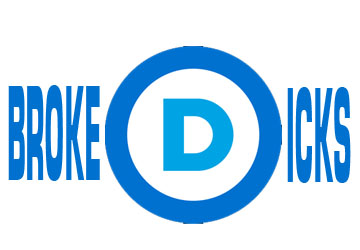 With FEC disclosures out in the special election for Rep. Rodney Alexander’s 5th District congressional seat, the Louisiana Republican Party decided to put out a little bit of trash talk owing to the fact that the four major Democrat candidates in the race are having trouble raising much of anything in the way of spendin’ money.

The dollars are almost all on the Republican side in the race, and it’s beginning to look like an R-vs.-R runoff. So the LAGOP thought they’d crow a little in a press release…

Monday was the deadline for candidates in the special election for the Fifth Congressional District to file their campaign finance reports with the Federal Election Commission. The reports show that the Louisiana Democrat Party continues to struggle to find viable candidates for major elected offices.

“The Louisiana Democratic Party had no viable statewide candidates in 2011 and only one congressional candidate in 2012,” said LAGOP Executive Director Jason Doré. “It is clear that the Louisiana Democrat Chairman Karen Carter Peterson’s administration is continuing the Democrats’ failing streak in candidate recruitment.”

The reports, listed online at www.fec.gov, show the four Democrats in the race have been unable to attract support from the people of the Fifth District. Below are the fundraising totals of the four Democrat candidates as found on fec.gov:

– Weldon Russell, a Democrat and former state representative, reported that he raised $6,215.

As for Republican Candidates, they raised a combined total of almost $1 million.

– The FEC website showed no report filed yet by Vance McAllister, a Monroe Republican.

“The people of Louisiana share the conservative values of the Republican Party and they continue to support the GOP over the extreme and out of touch Louisiana Democrat Party, ” said Doré.

Interestingly enough, Holloway – who of the three major GOP candidates seems to be running the most low-dollar campaign of the bunch – might actually be in the lead. His campaign has an internal poll conducted by Verne Kennedy showing him with a five-point lead on Riser and the rest of the field lagging badly behind. And while that’s a bit of an outlier from the conventional wisdom saying this is Riser’s race to lose, political wags like Joshua Stockley at UL-Monroe say Holloway is a very good bet to make the runoff with Riser.

A Holloway-Riser runoff would more or less end up a referendum on Bobby Jindal as governor since the public perception is that there was a “deal” by which Alexander got the state’s Veterans Affairs job and took it early to open up an easy race for Riser. Riser disputes that characterization, and in a head-to-head matchup with Holloway, where ideological differences would be all but nonexistent and the “deal” probably becomes the main issue in the runoff race, the effectiveness of his refutation of it might end up a deciding factor.

But for the Democrats, it’s looking like a disaster. The only Dem with any real money to spend is Johnson, and Holloway’s presence in the race and better name recognition and goodwill in the Alexandria area both occupy has made it difficult to turn that rather small war chest into an momentum so far. The most realistic hope for a runoff spot would have been Mayo – but $17,000 won’t get you elected to Congress.

Interested in more national news? We've got you covered! See More National News
Previous Article The Latest From The 5th District Race
Next Article SADOW: There Will Be A Conservative Succeeding Cassidy In The House, But Who?