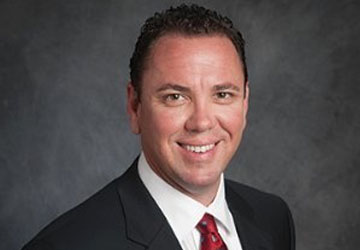 The Neil Riser camp is celebrating tonight, having led the 14-man field in the special election for the 5th District congressional seat vacated by Rodney Alexander’s acceptance of the veterans’ affairs secretary position in state government.

But Riser, who scored 32 percent of the vote and garnered a 14-point margin over the second-place finisher, might be playing with fire in the runoff. That’s because he’s up against a relatively unknown self-funded candidate named Vance McAllister, who pulled off a major surprise by gathering 18 percent of the vote.

The top Democrat in the race was Monroe mayor Jamie Mayo, at 15 percent. Democrats combined for an atrocious 30 percent of the vote in a district which sits right at 50 percent Democrat registration. That party’s horrific performance is one of the key stories of Saturday’s results.

Another of the key stories was the lackluster showing by Clyde Holloway. The former congressman and current Public Service Commissioner from Forest Hill was regarded as the likeliest Republican runoff partner with Riser, but Holloway ran a poor fourth place with just 11 percent of the vote.

But McAllister becomes an interesting candidate against Riser, the state senator from Columbia who has been the favorite all along. Riser has been the victim throughout the race of a perception on the part of many that he benefited from a bargain between Alexander and Gov. Bobby Jindal, in which in exchange for Alexander agreeing to vacate his seat early and open up a special election to Riser’s advantage the congressman would get a fairly cushy state job that would enable him to bank a sizable double pension from both the federal and state governments.

Everybody involved denies that deal took place, but it’s a sore spot that has clearly affected Riser’s appeal in the district – he has a resume and a voting record which should make him a no-brainer for the seat given his strong ties to the agricultural community, his identification as one of the most solid gun-rights supporters in the state legislature and his strong name recognition.

And with Riser polling just 32 percent, there is some room for a contender – particularly one with the ability to appeal to the district’s Democrat vote – to move ahead of him.

McAllister has so far run a campaign which would make him appeal to conservatives. He’s said welfare recipients shouldn’t make more on the dole than they could get from minimum-wage jobs, opposes gay marriage and abortion, wants to investigate the IRS and pledges to shrink the size of government.

McAllister can do the “I’m a businessman, not a politician” thing as well. He owns a a pipeline construction company, runs multiple Subway franchises and promotes wrestling and mixed martial arts events – which makes him a difficult target for Riser; often when businessmen run for political office there’s an angle to attack. But McAllister doesn’t have any apparent sweetheart government contracts to mine for campaign dirt. He looks like a complete outsider.

McAllister also has an interesting hook, in that he’s good friends with and has been endorsed by Phil Robertson of Duck Dynasty fame. That counts for a great deal in the 5th District, since the Duck Dynasty crowd is practically royalty there.

McAllister said his views are almost exclusively conservative. He said he would vote to repeal the Patient Protection and Affordable Care Act if given a chance but is realistic.

“I think we’re honestly past that,” he said. “So if we know we have to live with it, let’s make it livable. Find the things that don’t work and fix them.”

He said he’s heard other candidates say they’re aren’t going to Washington to make friends, “but I do plan to go there and build relationships that will make me more effective,” he said. “That’s what wrong; it’s too partisan.”

Riser could call McAllister “soft on Obamacare,” and use his decidedly squishy position on it to question his seriousness on policy. But there’s a problem; namely, that while better than two-thirds of the district is voting conservative, the one-third which pulled the lever for Democrats or third parties could be what decides the race. And by staking out a position too far to the right even on Obamacare, Riser could marginalize himself.

But, while [McAllister challenged] the integrity of incumbent politicans in Washington and Baton Rouge, Riser reiterated the importance of timely campaign finance reports.

As of Saturday, McAllister’s filings hadn’t shown up on the Federal Elections Commission website. Riser said the delay in “any other candidate’s” filing should be questioned. Calls and emails to the McAllister campaign on the issue were not returned.

If that filing isn’t remedied relatively early next week, Riser can and should cry foul and accuse McAllister of a lack of transparency.

To which McAllister would likely respond by bringing up the Jindal-Alexander bargain accusation.

This being a Republican-on-Republican fight in which scant differences can be found along ideological lines, it’s likely to be a nasty and personal contest from here on in. Let’s hope we’re spared that and the runoff campaign is illuminating rather than distasteful.