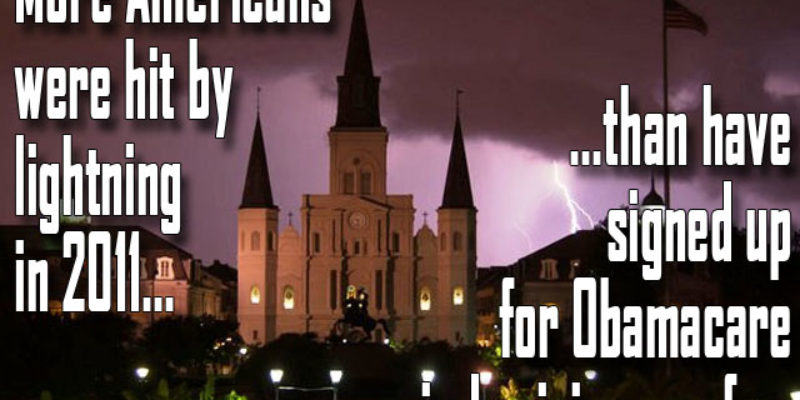 The numbers are out in Louisiana for the month of October on Obamacare signups. They’re amusing, in a “look at the manure spreader that just jack-knifed on the interstate and deposited its wares all over the roadway” fashion.

How many signups for Obamacare did we have in Louisiana last month?

Over 92,000 Louisianans are losing their individual insurance policies thanks to Obamacare, so that 387 people can buy insurance on Healthcare.gov.

Nationally, less than 27,000 people used Healthcare.gov to sign up for Obamacare, with another 79,000 signing up on the 14 state exchanges where they’ve been set up.

Some 7,700 people in the state have filled out applications for policies; that translated into 387 signups. We don’t know how many of the 387 have actually bought policies; presumably there are folks who haven’t.

The federal government is handling the online marketplace for Louisiana because Gov. Bobby Jindal refused to let the state create its own website.

Even assuming all 252 of these signups are actually purchases (they aren’t), that comes to $238,095 per policy in marketing costs. Just to cover the marketing, premiums would need to be $19,841 per month.

And one would imagine that the new policyholders, who waded through the minefield of Healthcare.gov to purchase Obamacare, are likely older and sicker people straight out of the high risk pool. In other words, $19,841 per month doesn’t even cover the money BCBSLA is going to lose on them.

Can somebody ask Mary Landrieu what she thinks today about this statement?

And Landrieu’s idea – as expressed in her bill floating around in the Senate – is to now force BCBSLA to abandon their Obamacare offerings and go back to their fraction of the 92,000 policies which were killed by the act she was the deciding vote for and offer the old policies the government did away with.

In other words, to eat that $60 million, take on the new policyholders (which thankfully are a pitifully small number of people) who are very likely to be money-losers for them and not charge the people they had to cancel any extra.

You literally couldn’t come up with a more idiotic “fix” to this mess. Landrieu’s “fix” might actually be worse than Obamacare is so far. Blue Cross Blue Shield isn’t speaking out about this, but you can bet your bottom dollar they’ve got a lot to say privately about what the state’s senior senator is attempting to do.

No wonder an Open Secrets search doesn’t turn BCBSLA up as one of the top 100 donor organizations to Landrieu’s campaigns. Probably won’t crack that top 100 for next year’s cycle, either. 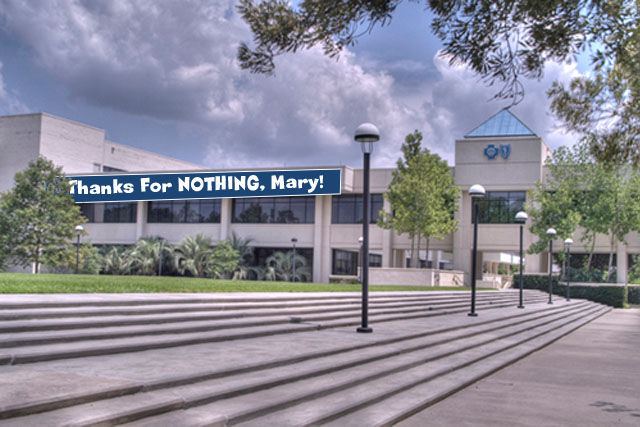 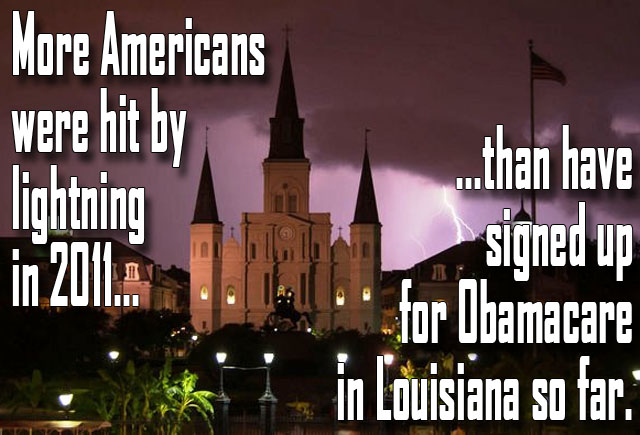