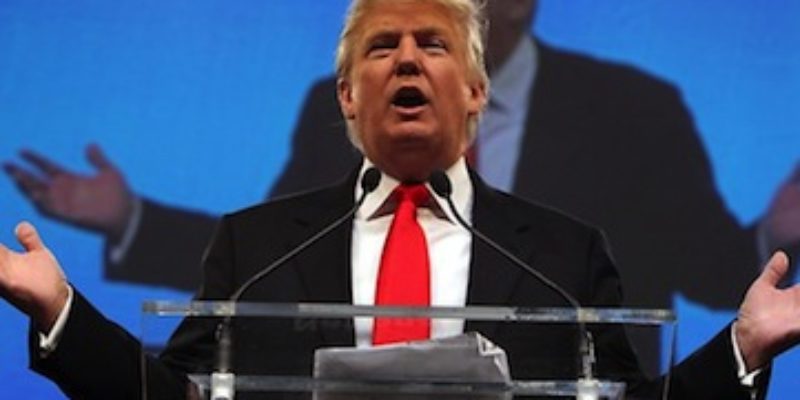 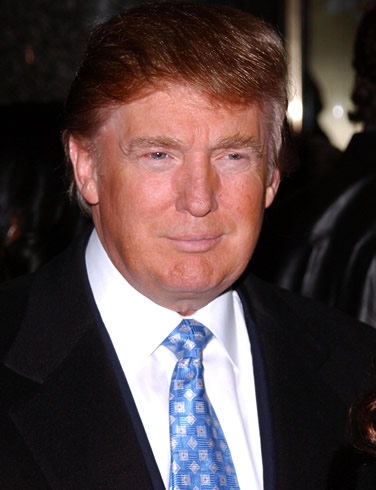 Mr. Trump will undoubtedly bring his trademark wit and wisdom to the conference. If you haven’t already registered, this is a great day to make plans to attend.

The Republican Leadership Conference is a great place to bring family, friends and business associates. It’s an atmosphere of excitement and energy, but also one that promotes networking and learning. Click here for more information on sponsorships or here for the tentative agenda.

This is one event that you won’t want to miss.

Below are more details from the RLC 2014 press release:

Donald J. Trump started his business career in an office he shared with his father, Fred, in Sheepshead Bay, Brooklyn, New York. He worked with his father for five years, where they were busy making deals together. Mr. Trump has stated, “My father was my mentor and I learned a tremendous amount about every aspect of the construction industry from him.” Likewise, Fred C. Trump often stated that “some of my best deals were made by my son, Donald….everything he touches turns to gold.” Mr. Trump then entered the very different world of Manhattan real estate.

In New York City, the Trump signature is synonymous with the most prestigious of addresses. Among them are the world-renowned Fifth Avenue skyscraper, Trump Tower. Luxury residential buildings include Trump World Tower at the United Nations Plaza, Trump Park Avenue at 59th Street and Park Avenue, Trump Place on the Hudson River, and Trump Palace. In 1997, Trump International Hotel & Tower opened its doors to the world, a 52-story super luxury hotel and residential building designed by the famed architect Philip Johnson. The property is one of only three in the country to have received a double Mobil Five-Star rating for both the hotel and its restaurant, Jean- Georges. In 2008, the 92-story Trump International Hotel & Tower Chicago opened and was touted by Condé Nast Traveler as the “hottest new hotel in North America.” The Trump Hotel Collection has projects going up around the world and has met with tremendous success. In February of 2012, The Trump Organization was selected as the developer of the famous Old Post Office Building in Washington, DC. This building is considered a prized jewel and competition for it was fierce. Plans include a nearly 300 room luxury hotel, a museum gallery, and retaining the original exterior façade, doors, hallways and interior features.

Mr. Trump is also known as a world-class golf course developer, with award-winning courses in New York, New Jersey, Los Angeles (Trump National Golf Clubs), Palm Beach (Trump International Golf Club), Canouan Island in the Grenadines and Trump International Golf Links  in Aberdeen, Scotland as well as Puerto Rico and the Dominican Republic. Mr. Trump is an avid golfer and his passion is evident in the spectacular courses he has developed and continues to develop worldwide. His latest acquisitions are Trump National Golf Club, Washington, D.C. which fronts the Potomac River for three miles, and Trump Doral in Miami, an iconic 800 acre golf resort.

As an accomplished and best selling author, Mr. Trump has had numerous best sellers including: The Art of the Deal, which is considered a business classic, The Art of the Comeback, The America We Deserve, How To Get Rich, Think Like a Billionaire, Trump 101, Why We Want You To Be Rich, Think Big, Never Give Up, Think Like a Champion, Midas Touch and Time to Get Tough.

In a departure from his real estate acquisitions, Mr. Trump and the NBC Television Network are partners in the ownership and broadcast rights for the Miss Universe, Miss USA and Miss Teen USA Pageants. In January of 2004, Mr. Trump joined forces with Mark Burnett Productions and NBC to produce and star in the television reality show, “The Apprentice”. The show quickly became #1 on television and is currently going into its fourteenth season. He received a star on the Hollywood Walk of Fame in 2007.

Donald J. Trump is the very definition of the American success story. He has continually set new standards of excellence while expanding his interests nationally and internationally. Mr. Trump is personally involved in everything that his name represents. This commitment has made him the pre-eminent developer of quality real estate known around the world, and in all his endeavors the Trump gold standard is apparent. He is the archetypal businessman—a deal maker without peer and an ardent philanthropist

Don’t miss RLC 2014 and the incredible Donald Trump. This will be the Republican event of the year. Click Here to register.