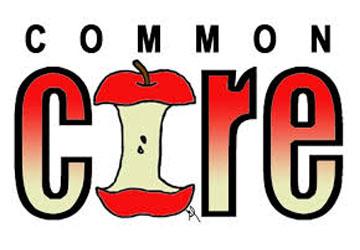 A guest post written by Lindsey Burke, the Will Skillman Fellow in Education at The Heritage Foundation…

Dr. Greg Forster, a senior fellow at the Friedman Foundation for Educational Choice, ironically sums up the promise of this misguided initiative as: If you like your curriculum, you can keep it.

Just as Obamacare moves the nation toward a centralized health care system, so the clamor for national education standards and tests heralds a path toward a centralized curriculum. The prospect of nationalized education raises serious concerns for  public schools throughout the country.  But anyone who values choice in education should be particularly concerned about the impact on educational options outside of the public system.

For example, a parent of a Catholic school student in Indiana was dismayed to discover that Common Core math testing placed as much emphasis on a student’s ability to articulate how she arrived at an answer as it did on whether she got the answer right.  Said the mother: “I realized that not only had my child’s curriculum left the school building, it had left the state.”

The two nationally administered college entrance exams—the SAT and ACT—have been realigned to match Common Core content.  Effectively, this puts some private schools and even homeschoolers in the position of having to follow the national standards to compete successfully for admission to college. Moreover, adoption of Common Core-aligned textbooks in private schools monopolizes the educational marketplace.

These are just some of the concerns that have led a growing chorus of voices—parents, taxpayers, teachers, professors, Catholic bishops, homeschoolers and more—to question the wisdom of the whole Common Core enterprise.

Some worry more about the quality of the curriculum or the cost of switching over. Others have a natural skepticism about the ability of large central programs to improve academic outcomes.

Though proponents of the program make light of concerns about federal involvement in the endeavor, these concerns cannot be blithely dismissed. Yes, Common Core was crafted by the National Governors Association and the Council of Chief State School Officers.  But follow the money.

To induce states to embrace the program, Washington has plied them with $4.35 billion in Race to the Top grants and offered to further ease their pain by granting waivers from the onerous provisions of “No Child Left Behind” (’Washington’s largest fingerprint on education).  If the Common Core approach was truly desired by state and local officials, you wouldn’t think the feds would need to incentivize them so lavishly.

Questions about the efficacy of Common Core have come from across the political spectrum, but conservatives have been particularly concerned about the certain loss of local control over education, and the ability of parents to have a seat at the education decision-making table.

Most everyone favors high standards and accountability in education. But conservatives recognize that, in the words of educator and syndicated columnist Thomas Sowell, “The most basic question is not what is best, but who shall decide what is best.”

Accountability for outcomes is important. But what we need in education, what has been sorely lacking over the past several decades, is accountability directed to parents and taxpayers, not to bureaucrats in Washington.

More centralization is not the way to improve our schools. Accountability comes when parents are empowered to remove their kids from underperforming schools or schools that, for whatever reason, fail to meet their children’s unique learning needs. Unless parents have alternatives, the public schools can continue to underperform, without fear of consequence. Absent school choice, the public system will continue to receive a steady stream of dollars and students, no matter how poorly it performs.

National standards and tests don’t fundamentally alter that equation.  Indeed, they exacerbate the problem by growing centralization, stifling innovation, and separating those closest to the students—parents, teachers, and local leadership—from the educational decision-making process.

We’re already seeing the broken promises of the centralized, bureaucratic nightmare known as Obamacare. Let’s not extend that malfeasance to education.