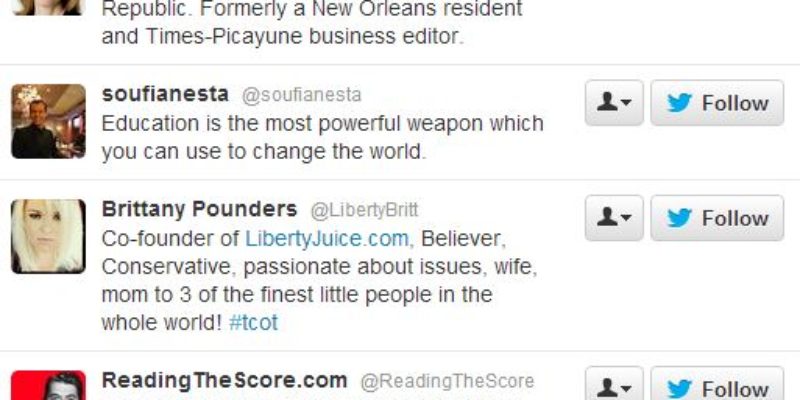 UPDATE: Not long after this piece went up on the Hayride, @libbillcassidy was taken down.

Turn on the lights and the cockroaches scatter.

ORIGINAL: If you’ll go to Twitter, you can eventually find this…

That handle went up yesterday, and it’s been relatively busy since. The activity… 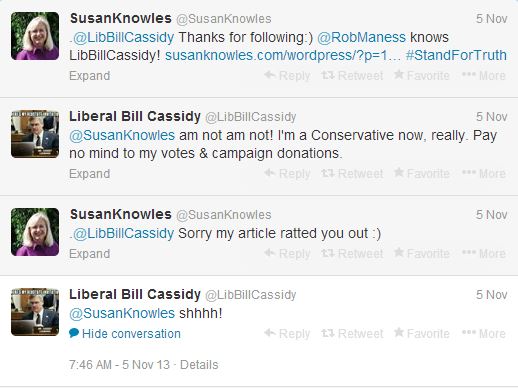 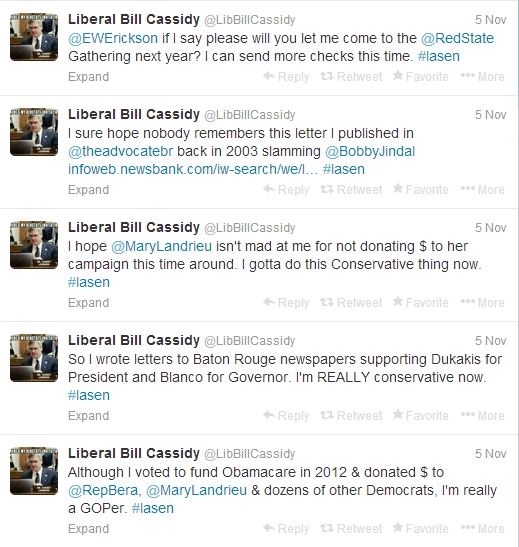 No, that’s not actually Bill Cassidy – in case you didn’t know.

So who’s behind it?

You’d expect this is a Rob Maness thing. If it was, it would make sense, right? Except there are very few Rob Maness supporters among the 19 followers. 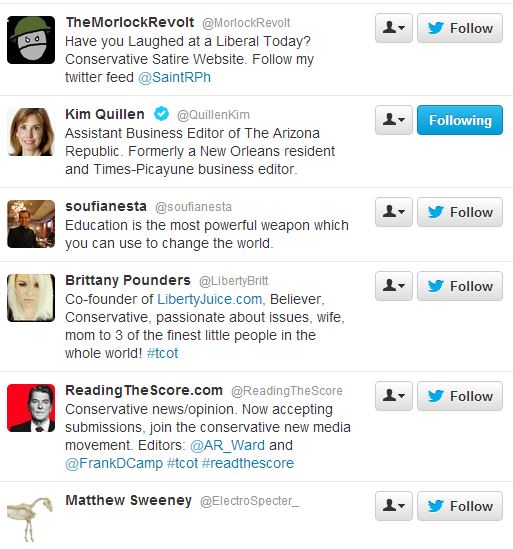 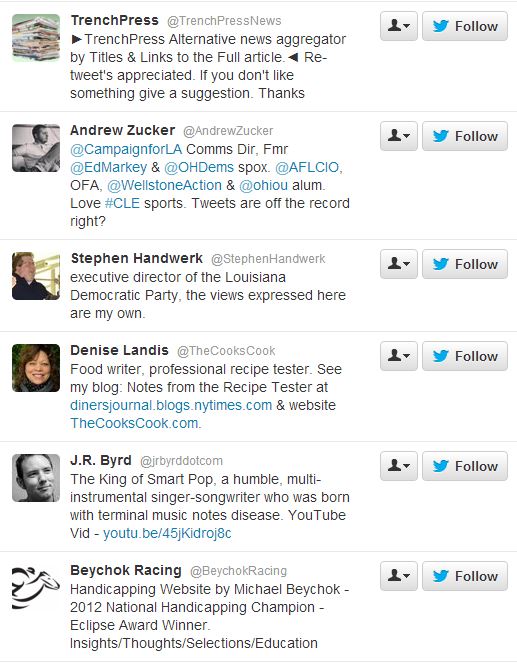 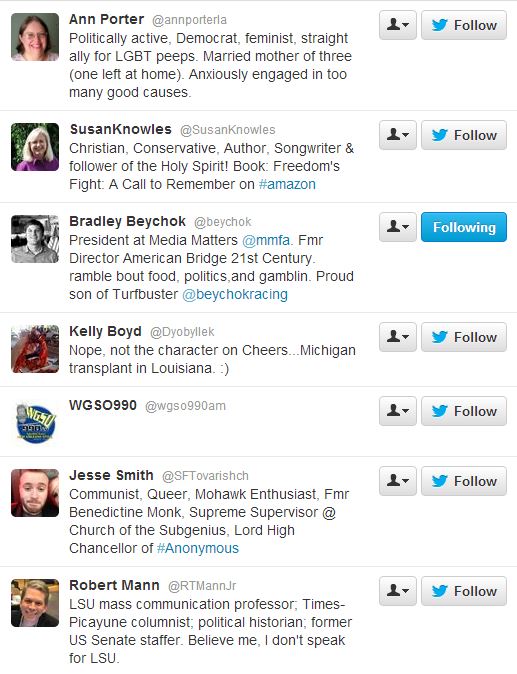 So – Bob Mann, Mike and Bradley Beychok, Stephen Handwerk and Andrew Zucker, who is the Louisiana Democrat Party’s new flack hired to help elect Mary Landrieu (it’s a decent bet this is Zucker’s project). Plus a couple of gay communist types (start the countdown before Mann calls everybody who posts here a homophobe because we noticed the self-identified gay communists following this faux-Cassidy Twitter account), a few old media people and a couple of conservatives who look like they’re not in on the joke. That’s who the 19 followers are after one day.

This doesn’t look like it’s going to be a particularly successful effort by the state Democrat Party, but it shows you a little about what their game is – namely, to continuously start fires in the enemy’s camp. So they cook up a Twitter handle, and don’t be shocked if they follow it up with a website…

Oh, wait. Never mind. They didn’t bother to buy the domains for libbillcassidy.com or liberalbillcassidy.com. Too bad, guys – somebody else just picked those up.

…to try to make a big social media issue out of Cassidy’s past dalliances with Democrats.

It’s ironic, of course, that the state Democrat Party and Landrieu’s handlers should come to the conclusion that the best way to slime Cassidy is to accuse him of being just like Mary. His voting record in Congress puts him about 50-60 points away, at least, from hers depending on whose scorecard you use (for example, the National Taxpayers’ Union rates Cassidy a 77 and Landrieu a 16), so while Cassidy could be more conservative than he is it’s a lie to say he’s a liberal.

It’s understandable for Rob Maness to run with that story; after all, he’s positioning himself to the right of Cassidy.

For Mary Landrieu’s camp to go there?

One might admire the gamesmanship in an effort to divide the Right in advance of the election. The honesty? Not so much.