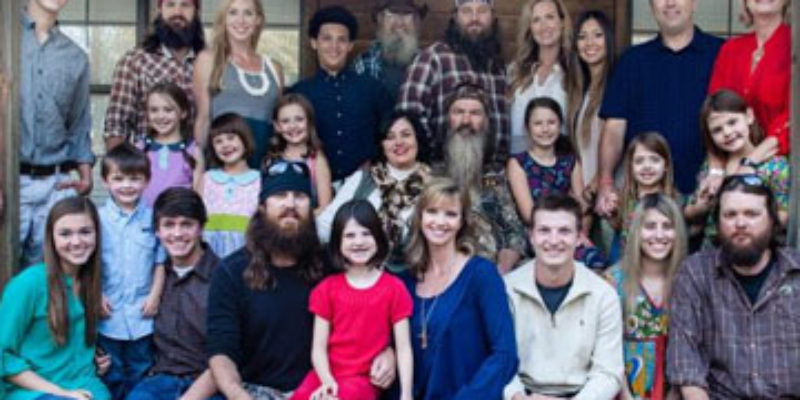 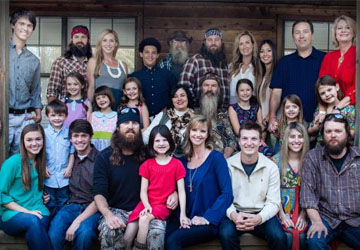 A statement just put out by the Robertson family at the Duck Commander site in the wake of the Phil Robertson-A&E mess makes it sound like they’re giving the network an ultimatum to reinstate him, or else…

We want to thank all of you for your prayers and support.  The family has spent much time in prayer since learning of A&E’s decision.  We want you to know that first and foremost we are a family rooted in our faith in God and our belief that the Bible is His word.  While some of Phil’s unfiltered comments to the reporter were coarse, his beliefs are grounded in the teachings of the Bible. Phil is a Godly man who follows what the Bible says are the greatest commandments: “Love the Lord your God with all your heart” and “Love your neighbor as yourself.” Phil would never incite or encourage hate.

We are disappointed that Phil has been placed on hiatus for expressing his faith, which is his constitutionally protected right.

We have had a successful working relationship with A&E but, as a family, we cannot imagine the show going forward without our patriarch at the helm.  We are in discussions with A&E to see what that means for the future of Duck Dynasty.   Again, thank you for your continued support of our family.

These people are very sharp, and they’re good businessmen. They know there’s a Facebook page in support of Phil which has over a million likes in a little over a day, and they’re starting to recognize they’re holding the whip hand in this situation.

They can pick up and walk, and that will leave A&E without its top-rated show. And they will have multiple cable networks scrambling to bid for the rights to their brand of entertainment. Or A&E can back down.

That’s what’s being made clear to the suits at A&E in those “discussions.”

And while they didn’t exactly take his advice, this statement is substantially in harmony with what Glenn Beck suggested on his radio show today – complete with Beck’s making a pitch to host the future of Duck Dynasty on The Blaze…

Now, if I am in the Robertson family, I sit down with my family and say, “Is this the way we’re going to let him be treated? Is this who we are? We’re just going to be quiet because he has an opinion about the scriptures? Well, I got news for ya. I don’t care.”

So what you do is you call up GQ and say, you know what? The whole family wants to do an interview. Whole family. GQ will… invent the teleporter to be able to be there within five minutes. And they will have the cameras and they will have all the best writers. And you say, “Look, this is going to be a really short interview. We agree with Phil.”… And you say exactly what Phil said.

And then I guess A&E has to make a decision: Gee, are we going to make a stand because all A&E cares about… is the cash. And this is the biggest cash cow they have ever had. So do you think they’re going to cut you loose? Answer: Yep. Yes, they will because they have already caved once, they will now have to cave every time after.

You should be giving interview after interview… You all memorize the exact words that Phil said and that’s the only way you answer every question… No matter what they ask you, you only answer that way. And you force A&E to make a decision. And you will either be out, or you will be the most powerful people the country has ever seen on television. You already have all of the juice you’re ever gonna get. It’s never going to get more powerful than this – unless you take a stand.

Duck Dynasty, we would be proud to have you. May I suggest: Make your stand. You will never have a better chance. And quite honestly, you’re our best shot as people. If we don’t get people to wake up to the fact that this is fascism, that we are not allowed to have another opinion. If we don’t get them to make up now, they’re never going to wake up, and you’re our best shot. Diversity of thought.