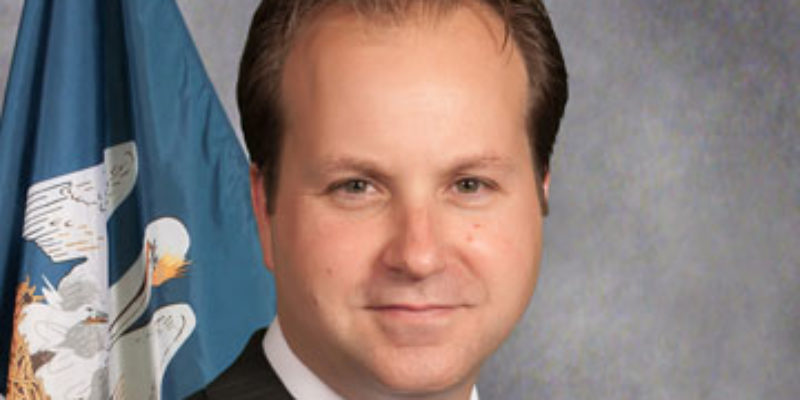 At the FEC site, it says Hollis’ statement of organization was actually filed on December 16.

Hollis’ candidacy would be something of an inconvenience for Rob Maness, in that he’s from Mandeville just like Maness is. Hollis also has the ability to self-fund to the tune of several hundred thousand dollars.

In addition, he has a bit of name recognition owing to the fact that his father, former state senator Ken Hollis, was one of the state’s most prominent Republican politicians in the era before the party became the dominant one on the Louisiana political scene.

Whether Hollis is a better candidate than Maness, or Bill Cassidy for that matter, is a question. He’s 41 years old, and a gold coin dealer by trade who was first elected to the legislature in 2011. He’s flown largely under the radar in the House, surfacing as one of the legislative “fiscal hawks” who opposed Gov. Bobby Jindal over the state budget this year. That project initially came off as a promising endeavor in favor of budgetary restraint but quickly descended into the mud when the leaders of the Fiscal Hawks decided to make common cause with the Legislative Black Caucus in advocating a $300 million tax increase on business. A compromise was reached, but not before a good deal of political damage was done while Jindal and the Fiscal Hawks feuded over who was more conservative.

Hollis wasn’t one of the inner circle of the Fiscal Hawks, and he escaped from some of their worst mistakes – which led him to manage a LABI score of 78 this past session (his lifetime score is 95 percent). But running for the U.S. Senate as a conservative when you were part of a group in the Louisiana legislature which offered $300 million in tax increases is…interesting, to say the least.

Hollis has been talking about running for the Senate since October. It looks like he’s doing more than talking now. But he’s late getting in and he has a long way to go to achieve status as a serious contender in the race. We’ll have to see what he does on the issues.

Interested in more national news? We've got you covered! See More National News
Previous Article SARGE: High On The Tight-Wire
Next Article SADOW: What The Heck Is Paul Hollis Thinking?