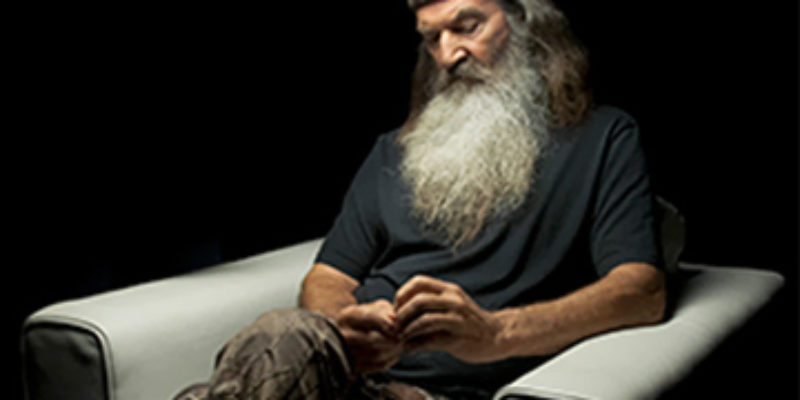 Those of us who aren’t overly religious may not have seen very many of these – and if that’s the case, this might be a good place to start. Because it’s a testimony, and it’s from the Robertson family, of Duck Dynasty fame, on the effect Jesus Christ has had on their lives.

Most of the 26 minutes in the video is Phil and Kay Robertson telling the story of their youth and his past, which isn’t the best story. Phil was not a good guy until he found God. But he did, and his life changed – and with it, his fortunes and that of his family.

What’s most striking about these people is the humility – that of Phil in particular. This is a man who is literally a rags-to-riches story. He’s become a TV star of massive acclaim, and a cultural icon. But he’s largely unaffected by that, and so is his wife.

The video is called “I Am Second.” Because for the Robertsons, God is first. And that’s the rock that family is built upon.

We live in a culture where positive values and virtues are hard to find. A gaping hole where character and strength used to be sucks us in and makes us worse people than we should. We bicker over how judgmental this one is and how fascist that one is, we argue about our rights and we howl about our feelings. And we pull apart. We don’t trust each other, we retreat into ourselves and we demand the law step in and solve the problems we refuse to handle on our own.

One reason the public has embraced the Robertsons to such a wild extent is that they represent a departure from the culture which treats Miley Cyrus as a marketing genius and Jay-Z as a prominent social critic. These are people whose celebrity has no effect on their quality as human beings. Miley Cyrus must be famous or she is nothing; Phil Robertson was the head of a very strong family and a multi-millionaire before anyone outside of West Monroe, Louisiana knew who he was.

Strength. Virtue. Character. And faith. Those qualities trump celebrity and fortune. People recognize that, and that’s why the Robertsons are loved.

That’s why their testimony is powerful.

Phil Robertson is Second. That’s the key to his success.