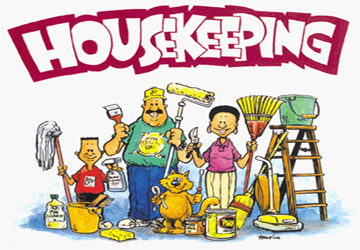 It’s been a couple of years since we made major changes to the look of this site, so this month you’re going to see us move toward a redesign.

We’ve picked a new WordPress theme, and we’ll migrate to it as soon as we’re done tricking it out.

Some things will change around here as we do that.

For one, there will be fewer ads on the site, particularly on the front page. We’ll still have ads, as this is a capitalistic enterprise, but we’ve got too many ad spaces and we suspect we can pull the same revenue, if not more, with fewer ad spaces. There might be some different delivery mechanisms for advertising on the site that you’ll notice, but nothing particularly novel you won’t see elsewhere.

For another, we’re going to change how we do the Low Popahirum section. Tomorrow you’re going to start seeing Low Popahirum posts which appear on the rotator, rather than just having a bunch of stuff in that box on the front page. The box is going away with the redesign, and instead if you want to get the aggregated links you can just click on the post that will say Low Popahirum. There will probably be two of those every day – one for national stuff and one for Louisiana stuff. Depending on how things go, you might see more – conceivably we could do a Low Popahirum for each of the main categories (Louisiana, National, Government, Elections, Energy and Lagniappe) we use on the site. We’re going to walk before we run on that, though.

In the meantime, the Low Popahirum box will look like we’ve forgotten it. Just ignore it, will you?

We’re also going to do away with Oscar’s Farks O’ The Week, because Oscar did a lousy job of sticking to his schedule. Instead, though, we’ll be installing a Fark Gallery feature – because some of the funny images we’ve had on the site have become quite popular and we’re therefore going to give them more prominence.

Those are just a few of the changes you’ll see. The main one, of course, is that the look of the site will be VERY different – and to our thinking a lot more up-to-date and aesthetically pleasing.

Interested in more national news? We've got you covered! See More National News
Previous Article Welcome To Da City Of Brotherly Love
Next Article INSANE: What Do They Do When It Gets This Cold In Minnesota?