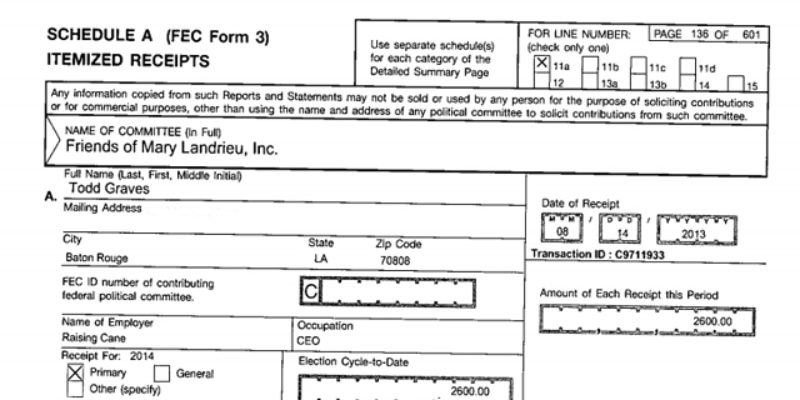 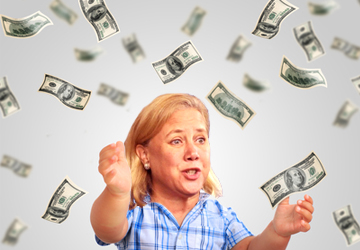 That beats the $1 million Bill Cassidy raised by a substantial amount.

But what’s apparent is that to raise that amount, Landrieu had a rather substantial burn rate. Consider that she had a war chest built up of $5.7 million at the end of the third quarter, and she’s claiming $6.4 million in the bank now.

That would mean Landrieu went through $700,000 in the fourth quarter. And while there are no public polls out on the subject, the political grapevine has it that there are polls taken in early December which showed Landrieu under 40 percent in a three-way race.

In other words, she’s spending money half as fast as she can raise it almost a year away from Election Day and it’s not particularly working for her.

Sure, she has more money. She’ll need it. When Cassidy is outraising you on net and you’ve got a long way to go to get to 50 percent in the polls, that’s lousy news for you.

Her pre-existing war chest seems like her best asset. It was built on donations from folks one wouldn’t expect to see in her camp. Like this guy, for example… 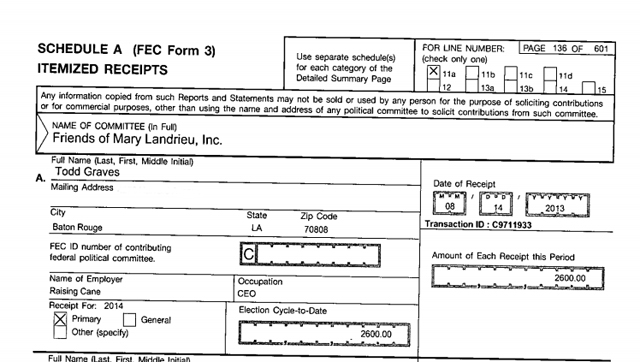 If anybody can think of a reason why the CEO of a fast-food restaurant chain would be giving campaign donations to a Senate Democrat when there is a move on to both unionize the fast-food industry and force it to pay a minimum wage of $15 an hour, we’d love to hear it. After all, Graves’ fellow restaurateurs aren’t particular fans of Obamacare, which Mary Landrieu’s vote was decisive in making happen.

It’s a head-scratcher. Why he’s doing it is beyond us.