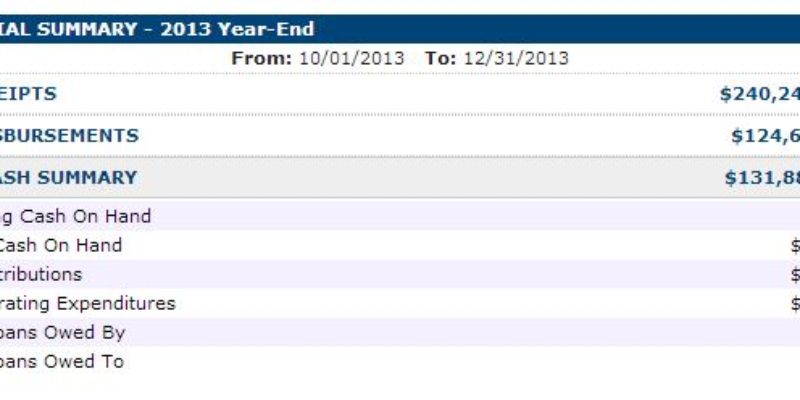 Earlier Tuesday, Public Policy Polling put out the results of a new poll they conducted on the Louisiana Senate race. The Democrat firm, whose results on the Senate campaign have been – surprise! – an outlier among other polls, headlined their findings with “Landrieu’s Lead Narrows In U.S. Senate Race,” and reported that in a head-to-head matchup between Mary Landrieu and Bill Cassidy the Democrat incumbent senator leads the Baton Rouge congressman by a 45-44 count (she leads in head-to-head races with the other two Republican challengers, though not by much), and in a four-way race between Landrieu, Cassidy, Paul Hollis and Rob Maness the incumbent leads with 43 percent, followed by Cassidy with 25 percent, Hollis with 5 percent and Maness with 3 percent.

That’s not a particularly stirring outcome for the incumbent. At 45 percent with only 11 percent undecided in a runoff with Cassidy she’s going to fall far short of 50 when all the votes are counted. An incumbent does not get 42 percent of the undecided vote unless something very unusual and dramatic happens late in the race.

But our buddy John Couvillon, who knows all about these things, dives into the numbers and comes out with the opinion that this is the best result any reputable pollster could possibly deliver for Landrieu – and that a more realistic reading of the tea leaves would leave her considerably short of PPP’s results…

The February 1, 2014  statewide voter registration statistics show an electorate that is 64-31% white/black, and from reading the poll, JMC has determined that the composition of the poll respondents was 67-31% white/black. From a standpoint of being representative of the voter registration, the PPP poll passes the credibility test. However, black voters typically have a lower electoral participation rate, so that racial composition in a statewide poll is not realistic. To illustrate, here’s the racial composition of the Louisiana electorate in recent elections:

Bottom line: why does this matter?

Given that this is a midterm election, Democratic intensity/enthusiasm will likely be less than it was in 2012. Furthermore, this race is, for the first time, being conducted against the backdrop of some votes (Obamacare, gun control, stimulus, etc.) that can be used to paint Senator Landrieu as not representing Louisiana’s opinion. This is why we prefer to use a midterm electorate similar to the 2002 Senate race (i.e, 71-27% white/black) and recast the PPP results along those lines:

In other words, PPP’s poll is showing a 2-3% bias towards Senator Landrieu. In a contested race like this one, that 2-3% is the margin of victory.

The long and short of it is that in an adjusted sample along racial lines closer to the last mid-term Senate race Landrieu was in, back in 2002, Cassidy beats Landrieu by the same four points he beat her by in the Rasmussen poll which came out at the end of January, and she can’t get out of the low 40’s.

The PPP poll also shows that Rob Maness, for all the effort he and his team have put into the race, simply isn’t getting a lot of traction.

But Maness’ campaign finance report for the fourth quarter of 2013 is finally out, and it does show a considerable improvement over his 3rd quarter report which had him sitting at just $16,000 in cash on hand…

It must be understood that $125,000 is a pittance compared to the $4 million and change Bill Cassidy is sitting on or the $8 million and change Landrieu has. But with $125,000 Maness at least has enough to hold on, if not to begin running media on a statewide basis. He’s going to need to find some max-out donors, en masse, to get a little air under his wings and that’s tough to do when you’re in fourth place in the polls, but at least the stories about how Maness’ campaign was on its last legs don’t hold water.

As for Hollis, who at this point is a self-funder, his primary function seems to be that he’s letting the air out of Maness’ sails as the third option. Hollis did more media in a two-week blitz in December than Maness has done since the race began, and it seems to have gotten him into a position as the top protest candidate in the race. That said, with five percent of the vote (an interesting number, in that Maness was polling at eight percent in a couple of surveys last fall before Hollis entered the race and the two long-shots have a combined eight percent in the PPP poll this week) he’s not a serious threat to make the runoff.

Here is a major question to ponder, though: if Couvillon is right and the actual state of the race is about 47-43 in Cassidy’s favor, that indicates Landrieu is looking at a ceiling of 43-45 percent – and if that’s her ceiling and Maness and Hollis can’t generate much traction and in fact fade as the campaign goes along (either from a lack of money or a winding down of activity based on difficulty in picking up support) and drop from a combined eight percent to five percent or less, what are the chances this race could be over in November?

All along the conventional wisdom has been that there would be a runoff in the Senate race – or if there wasn’t one, it would be that Landrieu managed to skate past a divided Republican field to pick up 50.1 percent or more. But if in poll after poll Landrieu can’t get above the low 40’s, and if Maness and Hollis are stuck at a combined five percent or below, there is more than 50 percent available to Cassidy.

That’s an optimistic possibility for the congressman, to be sure. But it’s one that the polls support the discussion of. And considering the direction of PPP’s polling – the most optimistic for Landrieu among the public polls, to be sure – in which she went from 50-40 in August to 48-41 in October to 45-44 this week, it’s becoming more realistic as time goes by.

Interested in more national news? We've got you covered! See More National News
Previous Article The Louisiana Democrat Party Is Now Toxic To Mary Landrieu’s Re-Election Hopes
Next Article John Bel Edwards Might Be A Viable Candidate After All…