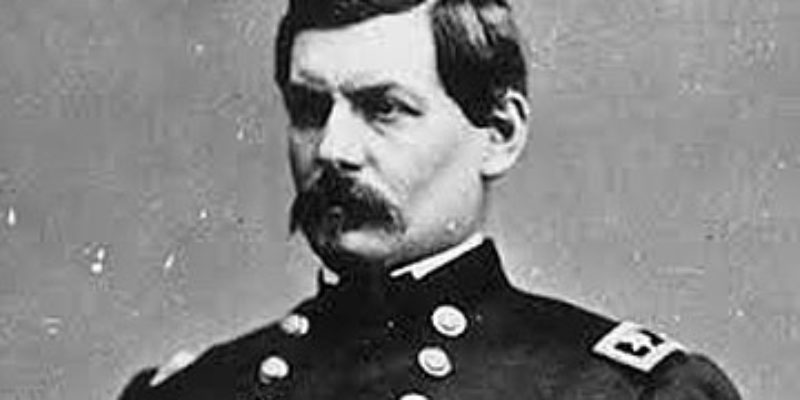 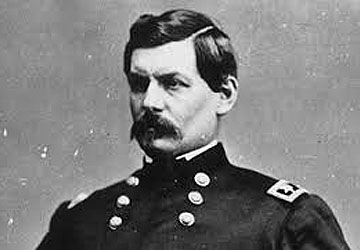 Earlier this week, Rob Maness announced that if elected he would vote against Mitch McConnell as Senate Majority (or Minority, as the case may be) Leader next year.

“Last week, ABC News asked me if I would vote for Mitch McConnell for Republican Leader of the Senate,” Maness said.  “That may have been the easiest question I’ve been asked so far; my answer was an unequivocal ‘no.'”

Maness said that McConnell has repeatedly failed the people he was elected to serve.

“Sen. McConnell is a failed leader and it’s time for a new perspective and for new leadership,” Maness said.  “The time has come to stop routinely returning senators to leadership positions.  We need a leader in the Senate who will stand up to President Obama and Sen. Landrieu and their harmful policies.”

Maness said the contrast between himself, McConnell and Landrieu couldn’t be clearer.

“Around the same time I was enlisting in the military, Mitch McConnell and Mary Landrieu began their lives as politicians.  I spent 32 years in the United States Air Force and they’ve spent 35 years – each! — in political office,” Maness said.  “The consequences of their tenures have been devastating.”

The rhetoric here is a bit overwrought, and it’s a worthy criticism that Maness is really trying to get attention, and it’s also valid to say that who ends up as the Republican leader in the Senate isn’t a primary concern of voters in the Louisiana race for Mary Landrieu’s seat. It would be reasonable to go further and say that Maness’ statement is probably driven by his alliance with the Senate Conservatives Fund, which has raised and spent more money for him than anybody else has and whose antipathy to McConnell has played out in Senate races all across the country.

Every one of those criticisms has some degree of merit. Nonetheless, Maness is correct in advocating for new Republican leadership in the Senate. The same is true in the House – particularly if the accusation by longtime Democrat pollster and Washington sage Pat Caddell is correct about the Republican leadership on the Hill being delighted by the Obama administration’s unleashing the IRS on conservative non-profit groups.

You haven’t heard about that? Oh, yeah…

Is it true? Well, the party’s establishment certainly seems to be more adept and ruthless at infighting within the GOP than going after the Left. In other words, it isn’t hard to believe Caddell’s accusation.

Quin Hillyer, at National Review, notes that the current crop of Republican leaders has produced a shocking dearth of real accomplishments…

And with Republicans in Congress unable to work together well enough to achieve anything other than a series of abject surrenders, it appears that the only thing between us and total ruin is a putative one-vote majority, tenuous and inconstant and aging, on the U.S. Supreme Court.

It’s not really the voters’ fault. They gave us a Republican president for eight years — six of those with a Republican House, and four with a Republican Senate. They’ve given us yet another three years with a Republican House again, along with significant majorities of Republican governors, attorneys general, and state legislators. And while it’s true that those state officials often produce admirable results, their ability to withstand the ravages of Washington is weakened by a grossly imperial presidency checked only slowly, if at all, by courts dependent eventually on the continued good health of Justices Scalia and Thomas. They are courts that have been insufficiently stocked, and then insufficiently defended, by a feckless Senate GOP.

So, if the pompous privateers at the Republican-party committees and the Edsel-level visionaries in Republican congressional leadership want to understand why conservative activists are so irritable and impatient, they need only consider this history of political and cultural failure. (My wife suggests that sentence would better end not with “failure” but with “Götterdämmerung.”)

And in the meantime the country is spiraling downward at a quickening pace.

Do you realize that John Boehner and McConnell didn’t just surrender and give the president an increase in the debt ceiling, but rather did away with it altogether until next March? That’s correct. Using mostly Democrat votes, Boehner rammed though a bill to suspend the debt ceiling and allow President Obama to borrow unlimited amounts of money for the next year and change, and then McConnell dragged 11 other Republicans with him to join the Democrats in passing that bill through the Senate.

And for this astonishing generosity toward a president whose lawlessness has finally aroused the alarm of the American people, Boehner and McConnell received…nothing. No spending cuts, no commitment to stopping waste, no restoration of military pensions, not a single thing.

This is failure. This is an abject lack of results in negotiations, and it’s the inability to achieve and use leverage when it’s sorely needed. We are approaching the end times of America as a great nation, and the other side is happily riding the bomb, Slim Pickens-style, down to the deck. This party’s leaders are out of energy and out of ideas on how to arrest the decline.

And the GOP is about to take over the Senate. Look at the polls, and race by race it appears clear Republicans will hold 51 seats or more in the Senate. In the House Democrats have all but given up hope of making any significant gains.

Giving Boehner and McConnell governing majorities at this point would be wasting those majorities. Give Boehner and McConnell control of Congress, and you’ll watch them stand by and watch as Obama ignores Congress altogether while he regulates the private sector into oblivion, conducts wars of choice, enmeshes the country in UN-governed assaults on individual freedom, abuses executive power to persecute his political enemies and perverts the law by enforcing only those pieces of legislation he wants.

And their track records indicate they will do nothing about it. Obama has sized them up and is not afraid of them.

The difference is style and tactics.

But the problem is that neither McConnell nor Boehner, nor their top lieutenants, have the ability to move the needle.

They just aren’t good leaders. They lack vision and energy and fighting spirit. They’re George McClellans. Maybe they’ve been in Washington too long, maybe they’ve been ground into the dirt by the “way things are done in this town.”

You need new leadership, if for no other reason than that by getting some you introduce some level of uncertainty into the mix and force Reid and Pelosi and Obama to start guessing a little.

So Maness is correct, for whatever reason he says it, that McConnell needs to go. Boehner also needs to go. The GOP needs to offer the voters more vigor, more intelligence, more ideas and fresher faces if it wants to capitalize on what should be a good midterm cycle.

Standing pat and hoping the Senate will fall into its lap might work this year. But it won’t consolidate the results from November, and it will only pave the way for a fast reversal in 2016. And the country will continue to decline until the principles on which the GOP purports to exist wither and blow away.