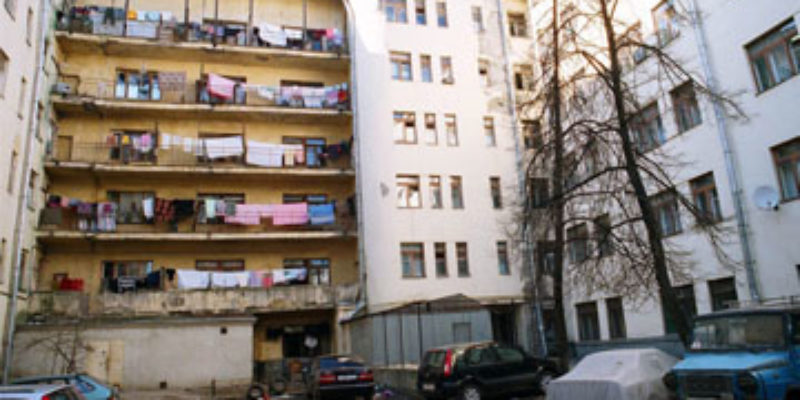 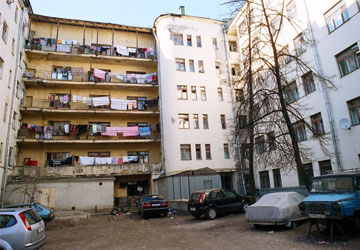 The old real estate adage about the three most important aspects about property seemed to have been lost on the International Olympic Committee when they awarded the Winter Games to Sochi, Russia.

Granted the Olympic Committee doesn’t have a monopoly on picking less than ideal venues for major events to achieve an end unrelated to a metropolis’ actual capacity to host.

The Republican Party had the brilliant idea of choosing to hold their national convention in the Gulf Coast city of Tampa at the peak of the Atlantic hurricane season (and paid a price for their meteorological stubbornness/ignorance).

And there still might be people outside of MetLife Stadium in East Rutherford, New Jersey waiting to catch the train back to Manhattan for the “New York” Super Bowl.

But unlike Sochi, the two aforementioned venues all had potable water.

Regardless of their internal policies towards gays, Russia is probably one of the worst locations to hold any kind of event that brings in tourists from around the world.

While legally getting into the United States isn’t easy for many international visitors, a trip to Russia from America in no way resembles traveling from Belgium to Luxembourg, which is no different than crossing from Louisiana to Mississippi.

One cannot go to Russia simply through an online Expedia flight booking and a passport.

Visitors to Russia require a visa via a process that resembles a military confidence course.

Visas, a license to travel to a country, are ostensibly used to further regulate border crossings, though in actuality they are mostly employed as a means of raising revenue (think a “cover charge” for entering a country).

For example, Americans arriving in Turkey need to pay a $20 visa fee/tax at immigration control.

Things are more complicated with Russia, as visitors need to mail their actual passports in to the Russian embassy along with a passport photo, a completed application, an “invitation,” hotel reservation and a non-refundable money order for $140 for ten business days’ worth of “processing” (a thorough background check). $250 for three-day service.

Passports turned in need to be valid for at least six months and have a minimum of two blank pages. Unlike the Turkish “postage stamp visa,” the Russian tourist visa takes up an entire page in a passport, rules that might require some people to renew their passports a half year early and/or have pages added to their passport to satisfy the Russian visa rules (an $82 expense).

By comparison, the cost of securing an American passport through the mail is only $135 and that travel document is valid for ten years (or nine years and six months in the eyes of the Kremlin).

The “invitation” is also referred to as “visa support” and has to be obtained via a Russian tour operator.

And yes the “invitation” has its own application and fee, running about $50.

Thus before a tourist sets foot on the “Rodina,” he or she will have to shell out over $200 in processing charges.

If the red tape (pun intended) doesn’t dissuade someone from wanting to go to Russia, what some folks experience within hours of arriving in Moscow might make them wish they had detoured to Estonia.

While waiting in line for passport control and racking your brains over what needs to be declared under Russia’s stringent GPS device registration rules, visitors are treated to a continuous loop cartoon video encouraging the use of condoms (the World Health Organization conservatively estimates that over one million Russians are living with HIV/AIDS).

After receiving a stamp on the visa page that costs more than the passport book, tourists get exposed to Russian society at its finest in the Sheremetyevo airport arrivals area, that being absolute pandemonium as illegal taxi operators hustle tourists as they struggle to maintain control of their luggage.

After fighting through the scofflaw cabbies and reaching the official sanctioned taxi stand (which assures patrons that unlike the competition they will not shake down passengers for more money later) and watching an angry cabbie reach inside your car to strike at the cabbie who “stole” his fare, new arrivals are treated to Russian driving.

The only time I prayed harder in my life was while riding in a turbulence tossed airplane and I was so pale from the weaving and regular acceleration towards the rear bumpers of stopped vehicles that the driver offered me a cigarette.

Upon reaching the hotel, visitors experience a reminder that they are indeed no longer in Kansas- passport registration with the police. Visitors are confined to their hotel (since walking around without your passport invites arrest/bribe demands) until the clerk completes this mandatory task, which can take a few hours.

Theft is a problem within the confines of even a major skyscraper Moscow hotel as a staff member clenching a radio paced back and forth before the elevators like a guard outside of Stalag 13. And the water even in the capital city is suspect as visitors are advised to use bottled water to brush their teeth.

However tourists need to have more than their passports on them while wandering the streets of Russia, as crime is high but corruption by government officials is higher.

One scam is that police will, like the ubiquitous KGB officers in the Clint Eastwood movie Firefox, randomly stop people who look like tourists (carrying guide books in a language other than Russian being the tip off) will ask to see your passport. If you’re foolish enough to present it, the greasy palm of the law will demand a “return” fee, hence the necessity of carrying on your person multiple black and white copies of your passport and visa.

And sometimes corruption manifests itself in less official forms.

While walking past my hotel, I noticed a large suv with black-tinted windows pull up and met by a group of Kevlar-clad bodyguards escorting a guy who could have passed for a villain in any given Steven Segal movie.

At 2 AM I was woken up with a phone call asking if I desired company. I didn’t need the passport control short film to further incentive me to decline.

Even the cleaning lady was in on the racket. When I received my clothes washing bill, the hotel maid claimed the prices were in dollars not rubles (which are worth considerably less than American currency). At that point I was not so much paying a cleaning bill but buying my clothes back.

The shakedowns continued on the return to the airport, where the hotel “cab” turned out to be an unmarked car driven by the Russian mafia’s mascot (bald stocky guy in an Adidas logo t-shirt and trackpants who charged twice as much as the “official taxi service”) to the exorbitant per kilogram fee for over the allowable minimum baggage weight.

In short Russia has a cynical outlook towards tourists, assuming that they won’t want to return making it important to fleece them as much as possible on the first visit.

This is the decidedly unfriendly tourist country the International Olympic Committee chose in seven years ago to host the 2014 Winter Games.

I’d almost be disappointed if the IOC site selection members do not have suitcase-sized holes in their respective backyards.