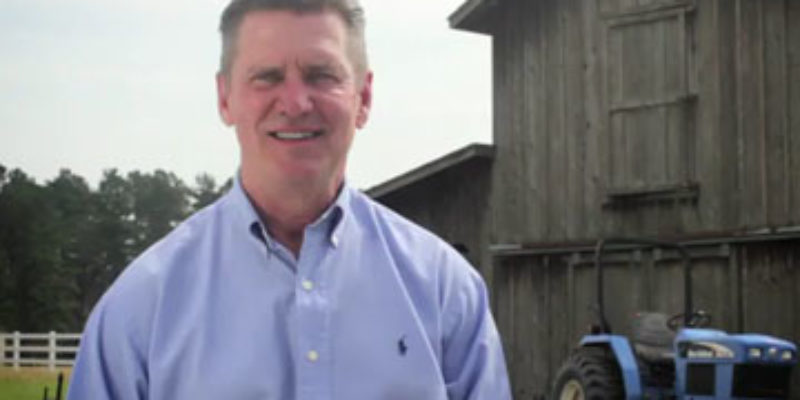 This guy, who owns a physical therapy business in Baker and supposedly has enough money to self-fund a large part of his campaign, is one of the lesser-known candidates in the crowded 6th District race. McCulloch has never run for political office before and he’s got limited, at best, name recognition.

So it’s important for him to tell his story earlier in the campaign in a way that positions him to represent a large enough segment of the population to make the runoff.

You could watch this and see McCulloch as the Tea Party candidate in the race. He certainly speaks that language, though if you asked him the guess is he’d say he’s never been to a Tea Party rally (according to the video he was on his couch most of this time). The themes are all there, though.

There will be a race in this campaign to see which candidate is the furthest to the right – particularly if Edwin Edwards actually gets in it and holds down the vote on the Left. This video would put McCulloch out front in that race if it gets enough play.

Interested in more national news? We've got you covered! See More National News
Previous Article SADOW: Garret Graves Could Be A Game-Changer In CD6
Next Article A Distraction To Be Made Official In 11 Days