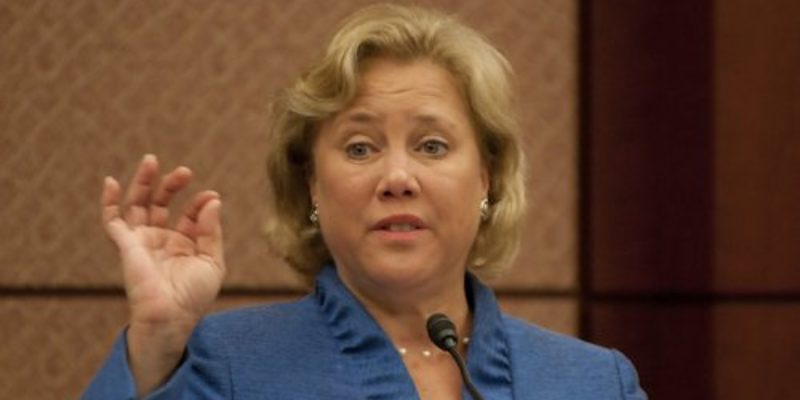 In a new political ad, Louisiana Senator Mary Landrieu portrays herself as a champion of oil and gas throughout the state. However, this contradicts a report by the Wall Street Journal back in December that found that Landrieu’s leadership political action committee, known as JAZZ PAC, contributed dozens of dollars to re-elect some of the most anti-oil and gas industry senators.

Landrieu, who is the new chairwoman for the Senate Energy and Natural Resource Committee, says in the ad that she “will not rest until this injustice is fixed,” referring to a federal official for suggesting that the federal government will not share any money of off-shore royalty revenues with the state.

But, the report by Kim Strassel notes that Landrieu has helped get other democrat senators re-elected who simply nullify her votes half of the time.

Behind the scenes, however, Ms. Landrieu has been working just as hard to make sure she’s irrelevant. Through the auspices of JAZZ PAC, her leadership political action committee, she has from 2006 to 2012 contributed some $380,000 to re-elect some of the most ardent Senate opponents of the oil and gas industry. One result is a bloc of liberal members who easily cancel out Ms. Landrieu’s votes and guarantee the defeat of legislation designed to help Louisiana.

This data, compiled from public records, come courtesy of a new nonprofit, Keep Louisiana Working, which was formed earlier this year to take a hard look at political incumbents and whether their actions help or hurt the local economy. “We were stunned to see the amount of money that energy companies contributed to JAZZ PAC that ended up going right out the backdoor to help finance the campaigns of politicians who represent the liberal, anti-energy industry sector wing of the Democrat Party,” says Emily Cornell, the nonprofit’s executive director. “There’s a saying, ‘if you want to know someone’s priorities, look at how they spend their money.'”

Since 2004, Landrieu has received more than $1 million in donations, including energy companies such as Marathon Oil, Murphy Oil, Sunoco, Coastal Land & Drilling, and lobby firms that do work for energy companies. But, as noted, Landrieu tends to take those donations and pour them into other senators’ campaigns, mainly senators who vote against the state’s oil and gas industry.

An example: In March 2012, Ms. Landrieu’s fellow Louisiana senator, Republican David Vitter, managed to get a vote on an amendment that would have implemented a 2008 offshore drilling plan to allow new oil and gas leases throughout the Outer Continental Shelf. Ms. Landrieu voted for the amendment.

But JAZZ PAC helped finance Democrats who defeated the Vitter amendment by 12 votes. Of the 48 Democrats who voted against Louisiana oil and gas that day, JAZZ PAC had contributed to 37 of them—more than $300,000 in total.

And then there is the list of particular senate democrats that Landrieu, via the JAZZ PAC, has given political cash to who are notoriously opponents of the state’s gas and oil industry.

Interested in more news from Louisiana? We've got you covered! See More Louisiana News
Previous Article We Just Found Out How Overlawyered Louisiana Is
Next Article These Guys Suck. Remember Them In 2015.