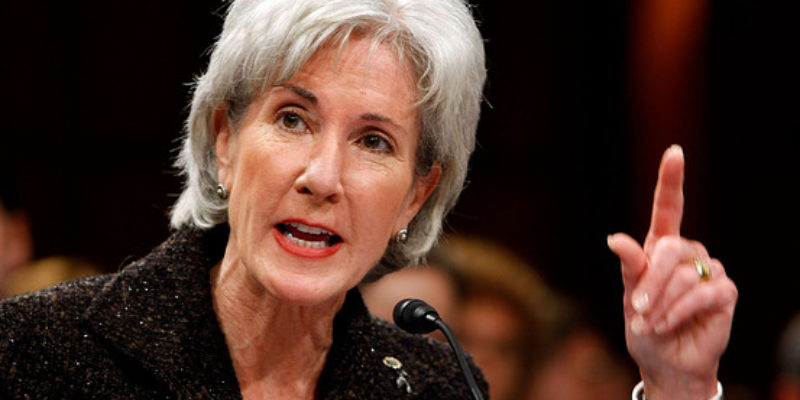 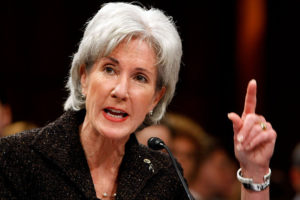 For Health and Human Services Secretary Kathleen Sebelius, resigning comes at a perfect time. Ironically, Sebelius is expected to leave HHS just after she becomes eligible  for a government pension and can continue receiving certain taxpayer-funded health-care benefits.

Sebelius announced her departure from the Obama administration on April 11, but as the Daily Caller reports, she made it clear that she would stay on-board until a replacement was found.

Coincidentally, Sebelius’ replacement will not be confirmed until after April 28, which marks her five year anniversary working for the federal government, subsequently making her eligible for life-long benefits.

Asked to confirm the existence of these benefits for Sebelius, an Office of Personnel Management spokesman would only direct TheDC to a website that answers questions for government retirees.

But according to a Daily Caller analysis based on information on the agency’s website, Sebelius, under the Federal Employee Retirement System, could receive an estimated $10,000 pension from the government each year.

This pension is calculated by averaging her top three years worth of salary, which is $199,700 a year, according to reports. Under OPM policy, she gets 1 percent of that amount multiplied by the years served. Five percent of a $200,000 a year salary would amount to a $10,000-a-year pension for the rest of her life.

Also, Sebelius will become eligible to continue receiving her current healthcare plan, which is essentially a government-subsidized plan. As the Daily Caller reported, only a spokesman for Sebelius was available to comment on the matter.

“Secretary Sebelius has said she did not consider leaving the administration at the end of the first term because HHS was in the midst of such important and ongoing work to implement the ACA,” the spokesman said. “In early March, she decided that when the first open enrollment period concluded and millions of Americans had signed up for good, affordable coverage, it was a logical time to leave, so that the president could appoint another secretary who wanted to serve until the end of the second term.”