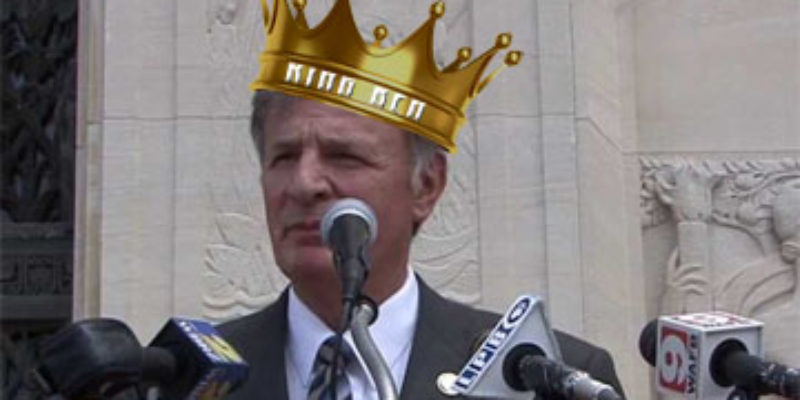 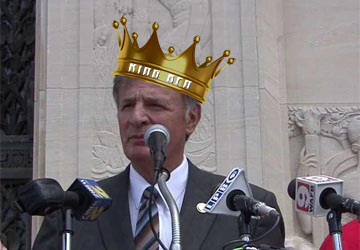 It’s hard to tell whether state Sen. Ben Nevers is an automaton, ideologue, or simply slept through his history and civics classes in school, by his sponsoring of the half-baked SB 674.

The bill would place a moratorium on any legal petition for incorporation in Louisiana for two years while the issue gets studied. The process it seeks to investigate requires that a formal petition be forwarded to the state identifying incorporation leaders, then they have an unlimited amount of time to gather signatures of at least 25 percent of electors in the area defined where if successful brings the matter to a vote at the next scheduled election. A majority of affirmative electors creates the new municipality.

The bill is worded so that if it were to pass, it would negate the current effort to incorporate much of the unincorporated area of East Baton Rouge Parish. The area under consideration, provisionally named St. George, disproportionately generates revenues for the combined City of Baton Rouge/East Baton Rouge Parish, which has sent howls of protest from some elements of Baton Rouge. Nevers has suggested that one outcome of his legislation would be to change the process to give non-residents of the area under consideration power to decide on the issue.

While he claims the bill is not aimed at thwarting the St. George effort, to say that either makes him stupid or a liar. As one of the petition organizers points out, if as Nevers says he is only interested in studying and changing the process if necessary, there’s no need for a moratorium but only a study resolution. That he insists not only on a moratorium, and immediately, but also one that abrogates an already-existing petition in process demonstrates he’s already made up his mind that the process is flawed and wants to stop anything produced from it, St. George inclusive.

But much more disturbing than this transparent and clumsy attempt to stop the current exercise in democracy is what this says about Nevers’ lack of understanding about democracy and the founding principles of the country. After all, the entire founding itself came from the principle that when a people as a whole feel their form of government no longer suits their interests that they have the God-given right to change it. Back then, of course, violence was the only means by which to do it when the challenged governing authority denied the right of sufficient self-governance and therefore American colonists pursued the course of revolution to win their political freedom.

Naturally, in the new country disaffected groups couldn’t just decide they would become their own government at the drop of a hat and taking up of arms in order to retain a peaceful civil society, and at the national level the Framers of the Constitution decided there should not be any mechanism by which to divide the country. However, from the start, state constitutions, empowered by the Tenth Amendment to deal with local governments, created mechanisms to establish new local governments, including the right to form municipalities within counties for the reason, among others, that people felt they would have better and more appropriate governing of their affairs. The federal government also set procedures to form new states, both from unorganized territories and to have areas secede from existing states (and some attempts circulate today). In this fashion, within the country self-governing attempts without the violence could happen.

Yet Nevers proposes, even if only temporarily, to strip, selectively, this political right that undergirds the founding. Under Nevers’ doctrine, the unfulfilled demands for greater autonomy that led to the American Revolution were illegitimate because the British living outside of the thirteen colonies’ boundaries, through their king and Parliament, denied these. It also illegitimately discriminates as it grants more political rights to those in the larger jurisdiction outside of a proposed incorporation boundary than those within it: those outside have power over self-government arrangements of those within, because under this doctrine they must have input into that, whereas those within have no power at all over the internal self-governing arrangements of those others already enjoying that. To use the St. George issue as an example, why should Baton Rouge, Baker, Central, and Zachary have a potential veto power over the formation of St. George and St. George area residents not have power to shape these municipalities’ basic governing arrangements?

That somebody so blatantly ignorant or dismissive of understanding this liberty also serves in elective office is troubling. Worse would be passage of this bill, as a front to purvey an obnoxious viewpoint, in that even a temporary deprivation of liberty must come only for the most compelling of reasons, which certainly are not present in this instance. Study the present procedures if you like, change them if a majority of legislators think alterations better serve the state, but don’t deny their use by the people for any length of time.