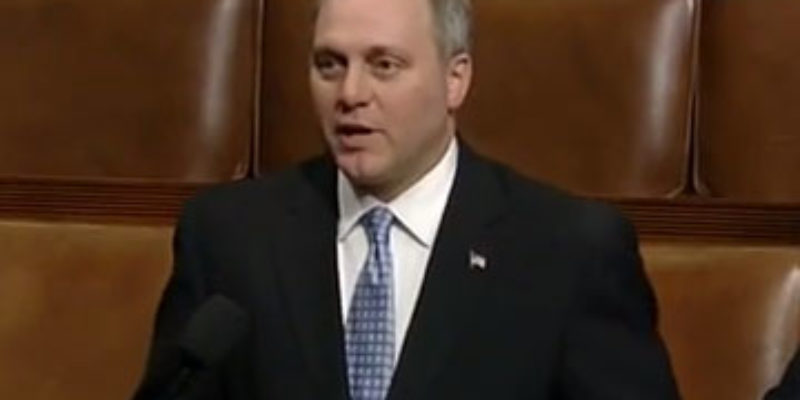 The president’s budget was put to a vote earlier this week…and got two votes. That’s a pretty good assessment of how seriously his leadership is taken by members of Congress even among his own party.

This isn’t anything new, of course. President Obama’s budgetary proposals have been put in front of Congress every year and they never get more than miniscule support – either in the House or the Senate.

Before this vote, though, Obama took a beating from Rep. Steve Scalise, in a two-minute speech we found enjoyable. So we’re passing this along…

Interested in more national news? We've got you covered! See More National News
Previous Article Eric Holder Gets Caught In A Lie About DOJ’s School Voucher Lawsuit
Next Article Things Which Must Be Understood