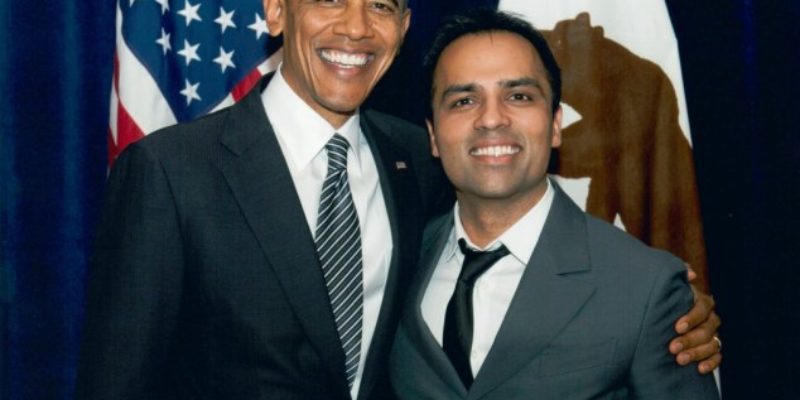 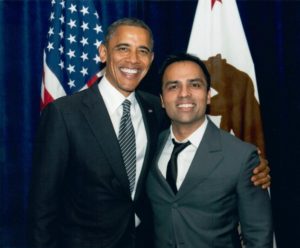 A prominent Democratic National Committee and President Obama donor was given 25 hours of community service, three years of probation and a 52-hour education course on domestic violence after he allegedly beat his girlfriend 117 times and tried to smother her in a 30 minute attack.

As the UK Daily Mail first reported, Gurbaksh Chahal, a 31 year-old multi-millionaire tech-entrepreneur, was charged with 45 felony counts after police obtained footage of Chahal kicking his girlfriend in the head and eventually trying to smother her.

The Daily Caller pointed out, that Chahal has previously donated to the DNC and Obama’s campaign and has also made visits to the White House.

Chahal is a prominent donor to Democratic causes and has visited the White House on two occasions since 2011 to meet with Obama.

According to Open Secrets, the California-based girlfriend beater has given over $108,000 to Democratic campaigns and causes since 2011. For the 2012 campaign, he gave a whopping $61,600 to the fundraising arm of the Democratic National Committee and $5,000 directly to the Obama presidential campaign.

For the 2014 election cycle, he has given $20,000 to the DNC and $6,200 to Ro Khanna, a Democratic candidate for California’s 17th U.S. House seat who strongly supports the Violence Against Women Act. In the part of the website that exclusively deals with “Women’s Issues,” Khanna outlines his plan to stamp out violence against women.

Rebecca Chalif, the DNC’s deputy press secretary, said that Chahal was given his 2014 contribution back in light of the incident, telling the Daily Caller, “Domestic violence of any kind is absolutely unacceptable, and as soon as we learned of his actions, the DNC took immediate action to return all contributions from this cycle.”