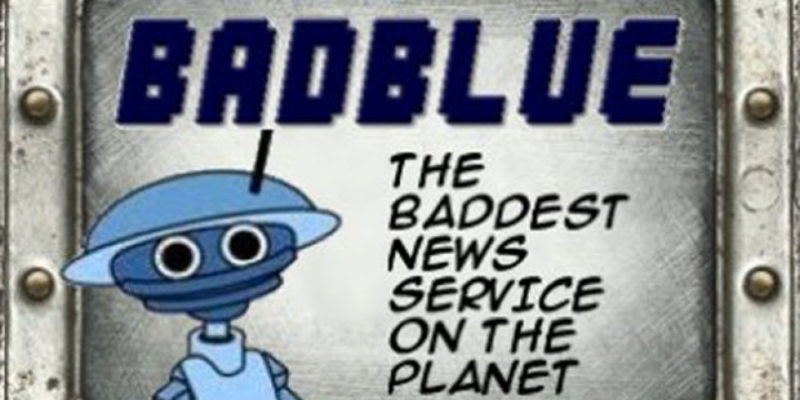 Editor’s Note: A guest post from our pal Doug Ross, whose blog site at DirectorBlue.blogspot.com is one of the better conservative sites on the web…

Like you, I spent a lot of time trying to keep up-to-date on the hottest significant news stories.  Since we conservatives have to largely bypass vintage media, which have largely become a public relations arm of the Obama administration, it isn’t easy to do.  There are thousands of great sites out there, any of which can have a noteworthy news story.

I don’t know about you, but I don’t have the time to check thousands of websites for breaking news.

Yes, there are some great aggregators out there:  Drudge, Twitchy, etc.  But all of them rely upon human editors and, most importantly, don’t give smaller blogs and websites much of their attention.

That’s why we created BadBlue News.  It’s a very different type of news aggregator because it uses machine learning and automation to achieve massive scalability in assessing news sources and breaking stories.  Here’s how it’s different:

1. It uses social network buzz, not a set of human editors, to determine how important a story is.

2. It levels the playing field for smaller websites and blogs by taking into account traffic patterns; that is, a story on a small blog with 15 retweets might be equivalent to a story on Fox News with 1,000 retweets.  The traffic patterns and social buzz are both factored in by BadBlue to offer a much wider range of news coverage than any other aggregator.

BadBlue is growing quickly.  From September 2013 to January 2014, page views grew by 20 percent with Google Analytics reporting the average time onsite is a startling 31 minutes!

In this election year, BadBlue can play an important role for advancing the conservative agenda by cutting through the media censors and offering a level playing field for websites and blogs of all sizes.

2014 is going to be a big year for conservatism and I believe getting the word out on uncensored news stories — bypassing the state-run media — will be critical.