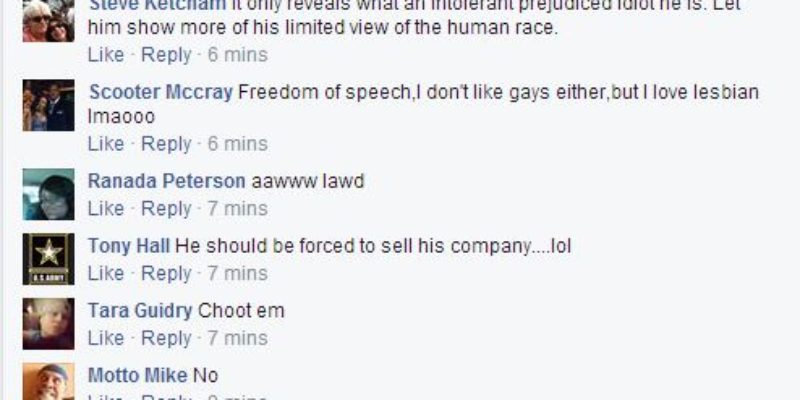 Apparently there is video from a sermon Duck Dynasty’s Phil Robertson gave at his church in West Monroe about a month ago which has been picked up by one of the gossip sites, and now it’s a “thing.”

Radar Online ran a breathless piece today about a video from the sermon that made its way onto the internet, asking whether A&E would finally fire him from the show. Here’s what Robertson said that they found so homophobic and offensive…

“What’s [Jesus] coming back for? …” Robertson asked the congregation. “To bring salvation to those who are waiting for it. Are you waiting on Jesus? Or are you afraid to see that sky busting, you see him coming? You got two lists.”

“I gave some guy one list,” he said, apparently referring to the bombshell GQ interview. “You say, were they mad at you about that list? They were mad at me.” Indeed, A&E briefly suspended him from the hit show.

“You say, why’d they get mad at you?” he continued. “‘Cuz instead of acknowledging their sin, like you had better do, they railed against me for giving them the truth about their sins. Don’t deceive yourselves.”

He shouted, “You want the verse? The news media didn’t even know it was a verse! They thought I was just mouthing off. Is homosexual behavior a sin? The guy asked me. I said, do you not know that the wicked will not inherit the kingdom of God? Don’t be deceived.”

“Neither the sexually immoral, nor the idolators nor adulterers nor male prostitutes, nor homosexual offenders, nor thieves, nor greedy nor drunkards nor slanderers nor swindlers will inherit the kingdom of God,” Robertson blasted, paraphrasing a verse from Corinthians in the Bible.

Could this new homophobia scandal be the final nail in the coffin of the struggling show? As Radar has reported, the show recently saw a 40% drop in ratings, bringing the total number of viewers watching the show to the lowest levels since February 2012.

The show is scheduled to begin its sixth season on June 11, but whether that date will be affected by the release of this latest video remains to be seen.

WATCH the disturbing video below and let us know, do you think A&E should allow Robertson back on air after this latest rant?

This will be another one of these manufactured-outrage controversies whereby the gay lobby howls about Robertson’s bigotry because he mentions that the Bible says homosexuality is a sin – by the way, he mentions that the Bible says a lot of other things are sins as well, though nobody seems to care about the fact he says adultery will get you a spot in hell – and though we’re turning it into a post in these pages because it will get us traffic the whole thing will be boring beyond belief.

Except for this, that is. When WBRZ-TV in Baton Rouge posted the AP story on this from its website to its Facebook page, here was the reaction… 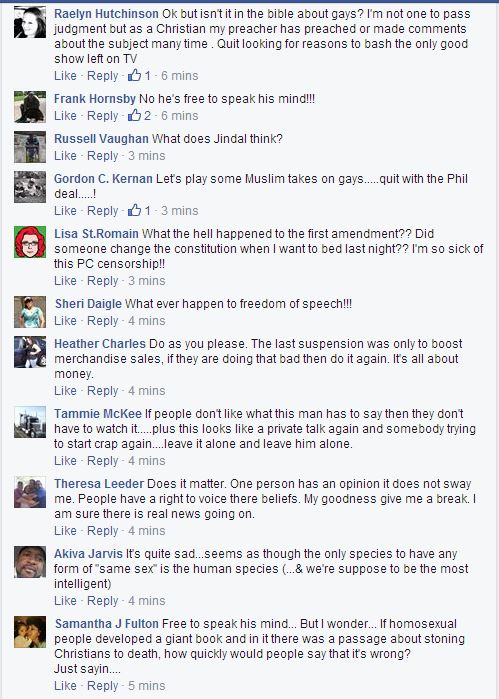 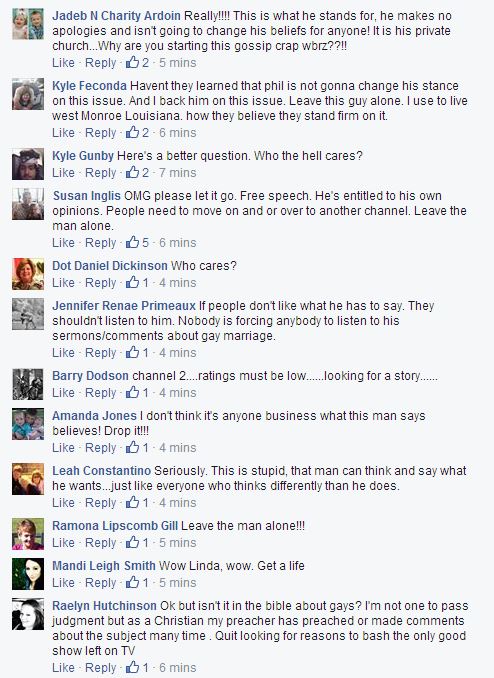 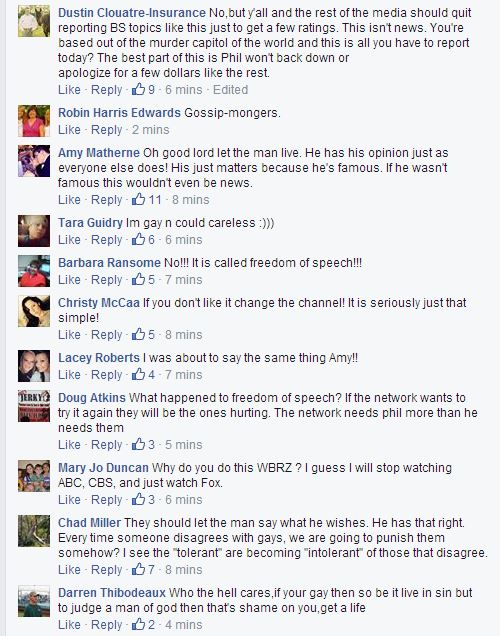 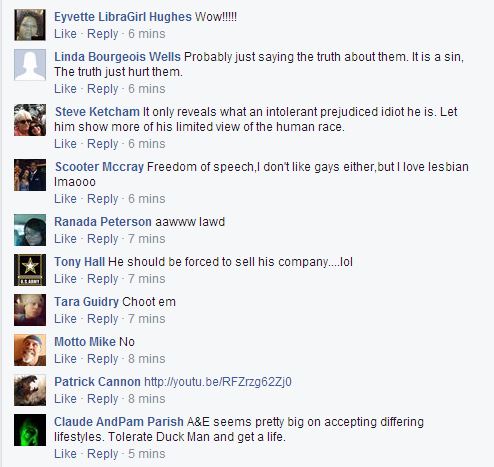 The pushback has begun.